Along with the several American companies who are feeling the pinch of the contraction in the European economy, here comes another company who is joining the league. The U.S. based high-fidelity headphone company Koss Corporation (NASDAQ:KOSS) has disappointed investors with their second quarter earnings.

A quick look at the quarter

The Milwaukee-based company has reported a decline of 13.5% in its topline and 59.3% in its bottom line in the second quarter earnings. The massive decline in the figures is due to the declining demand faced by the European distributors from their customer base. Even though sales from U.S retailers increased due to the addition of new customers, it couldn’t offset the massive loss faced by the company’s Europe division. 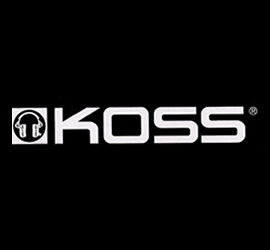 In addition to the weak European economy, the threatened dockworkers strike on the eastern seaboard also affected sales as certain export orders were disrupted and not shipped at the end of December.

Another vital reason for the increasing costs and declining earnings is the amortization of the costs made for the investment in the software development in their Striva product line for the past several years.

At present, Europe is facing a huge financial crisis, creating a financial uncertainty in US and slowing the country’s economic growth as European customers are buying less US products and services. And due to this sudden lag in US exports, many companies are facing a shrinking top line.  Companies like Kraft Foods Group Inc (NASDAQ:KRFT) are facing the heat of the financial crisis in the European market as it is decreasing the purchasing power of customers. Thus there is a massive decline in their sale of candy and gum as teenagers are suffering from financial crisis, leading to a decline in their top line.

Again, there are companies like Ford Motor Company (NYSE:F) which in spite of posting strong quarterly earnings are facing difficulties in infusing investors confidence. Although Ford reported an overall 54% jump in its fourth-quarter profit in comparison to last year, the company’s revenue has taken a blow in the European markets as Europeans are not only buying less cars, but are also replacing fewer parts. This has forced Ford to report a guidance of $2 billion loss in the European market for the coming year. All these companies will continue to experience such a difficult situation unless the European crisis eases out, and the only way to ward off the slump in sales is to device new strategies either by new product development or entering new markets and Koss is very much on the right track.

When all the other US companies are creating new strategies to fight back the European crisis, Koss is also not sitting idle. The company expects to launch several new products based on the Striva technology in the next six to 12 months.  The company is now focusing on the development of quality headphones specially designed for women, and is also continuously endorsing their brands with women celebrities. After Dara Torres who was named a Koss endorser in June, Koss has now lined up another athlete endorser, Julia Mancuso. Mancuso, who is an Olympic champion skier, will now endorse Koss by wearing their headphones.  Koss is also using the social media site Facebook to promote its product by giving fans a chance to win Koss products through its Facebook page.

As immediate improvement in the economic condition in Europe is not expected, Koss might not outperform in the next financial quarter. However investors can be a bit patient as Koss is definitely fighting back. With the launch of their new products  and Julia Mancuso promoting the company’s line of fitness and high-fidelity headphones to fans worldwide, their top line growth is expected to increase with more and more acceptance of the product among her fans and common masses. With such innovations and branding strategies Koss can really be prized stock once the European economy settles down.

The article Koss Investors be Patient originally appeared on Fool.com and is written by Satarupa Bose.

Is General Motors Company (GM) Turning up the Heat in Europe?