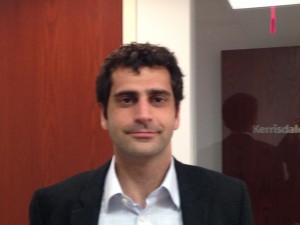 Sahm Adrangi’s Kerrisdale Capital published its short thesis on Cardtronics Inc (CATM) this morning. The stock is down nearly 5% so far today. CATM lost 30% after hitting its 52-week high approximately 6 months ago. Kerrisdale’s core thesis is that Cardtronics operates in a declining industry, yet it is priced as a high growth company. Here is what Kerrisdale Capital said in its report:

Despite its exclusive focus on the secularly declining ATM market, CATM trades at the rich valuation of a high-growth firm, with trailing and forward P/E ratios of 37x and 26x, respectively, 53% higher than the S&P 500 median. Moreover, we believe that CATM has inflated its earnings via aggressive accounting. It depreciates its ATMs over much longer periods than its competitors do – more than eight years rather than five years – thereby understating expenses. Applying a five-year average life to CATM’s assets would have reduced EPS in 2013 from $0.86 to just $0.19.

While CATM’s press releases paint an optimistic picture of organic growth, its SEC filings show that domestic same-store transaction growth has slowed markedly, from 3.8% in Q1 2012 to just 0.4% in Q1 2014. A recently released Federal Reserve study confirms that total ATM withdrawals in the US are already declining. Essentially, CATM is a concentrated bet on paper currency and retail foot traffic – stunningly at odds with the direction in which the world is moving. CATM management has distracted investors from these relentless secular trends through an aggressive roll-up strategy that has consumed more than 100% of its free cash flow over the past three years. But diminishing returns have pushed RoA from 8.9% in 2010 to 4.3% in 2013, and new ATMs have come on at 41% lower per-unit gross profitability than legacy ATMs.

Making matters worse, CATM also faces an existential threat as its largest merchant relationship, 7-Eleven – which we estimate accounts for ~40% of its earnings – comes up for renewal in 2017. A sister company of 7-Eleven’s that operates all of the chain’s ATMs in Japan is rapidly expanding in the US and openly pursuing the contract. If it succeeds, it would be catastrophic for CATM.

In light of its numerous risks, and based on comparable firms’ far lower valuations along with our DCF analysis, we believe that CATM’s fair value is only $9-$19 per share, or 40-70% below the current stock price.