The financial and banking sectors usually sound like risky investments after the last economic crisis. However, some of the main companies in the industry have been showing consistent signs of recovery and plenty of knowledge acquired from past mistakes. Therefore, we will look into the stock of JPMorgan Chase & Co. (NYSE:JPM), Wells Fargo & Co (NYSE:WFC), and Bank of America Corp (NYSE:BAC) in order to expand these concepts. 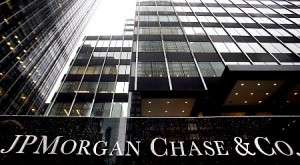 A solid stock to examine

Financial services company, Wells Fargo & Co (NYSE:WFC), is one of the largest in the U.S. with over $1.4 billion in assets. It has avoided most of the mistakes that led its competitors to very complicated financial situations, thus becoming attractive for new customers in a recovering economy.

It has recently made public the earnings for 2013’s first quarter, reporting $0.92 EPS, up 22.7% from last year’s same quarter, beating Zack’s consensus estimate by $0.05. This was the thirteenth quarter of consecutive earnings growth, evidencing good management skills and an important ability to cope with the effects of the economic crisis.

Nevertheless, the stock price is expected to perform neutrally, delivering an increase around 3% within one year, as the price is already close to the highest point in the past ten years. These conservative calculations are motivated by the little growth and commercial loan demand experienced by the company, although credit quality maintained its ongoing improvement, reducing nonperforming assets to a mere 1.6% of the total.

In addition to the aforementioned, some other warning signs cannot be ignored when considering investing in this firm. While Altman-Z Scores are somewhat greater than then ones offered by insurance companies like Metlife Inc (NYSE:MET) or Hartford Financial Services Group Inc (NYSE:HIG), they still are in the distress zone. With a 0.39 value, bankruptcy cannot be ruled out. Revenue per share has also been low lately, since it has undergone a three year decline. Although the $16.28 revenue per share offered in the last fiscal year was above the company’s average, it was way below the $19.51 retrieved in 2009.

Despite these signs, some encouraging indicators can be found in Wells Fargo & Co (NYSE:WFC). For starters, operating margin has been undergoing a five-year consistent expansion, reaching 33.1%. Even though the company’s high was at 36.1% before the crisis, current values are almost as high, superior to the operating margin of 80% of the 545 similar banks in the U.S., and almost ten points above the median. Dividend yield is also relatively elevated at 2.48%, close to a three year high and, once again, above the 2.3% segment median.

While Tom Russo decided to buy over 12 million shares in 2013’s first quarter, increasing his participation in an 8.81%, Zack’s #3-Hold rank agrees with many Barrons and Wall Street Journal analysts, who also recommend to hold, although consensus advises to overweight Wells Fargo’s stock.

A stock to hold

A few weeks ago, Zack’s updated its recommendation regarding Bank of America Corp (NYSE:BAC) from underperform to neutral, with a target price of $12, up approximately 2.5% from current value. Although not a “buy,” we will look into the main reasons to hold on to this company’s stock. As stated by Morningstar, “Bank of America Corp (NYSE:BAC) has finally achieved a fortress balance sheet, ending 2012 with $24 billion in loan loss reserves, $19 billion set aside for reps and warranties, and $135 billion in tangible common equity,” although other expenses (mainly those related with legacy mortgage issues) remain particularly high. Namely, 2013’s first quarter registered $900 million spent in litigation and $2.6 billion in legacy assets and servicing costs.

Even though these expenditures will most likely be reduced in the future, stockholders seem worried, as the firm’s huge scale might complicate cost-cutting policies, especially in a context of declining lucrativeness, bolstered by a weak loan demand and shrinking interest rates. Also in constant shrinkage over the past five years, revenue per share has reached its lowest point in over ten years, with a $7.76 value, trailing 12 months.

In this context, one again, bankruptcy, although not very likely, cannot be dismissed, as the Altman-Z Score of 0.19 situates the corporation in the distress zone. On the other hand, Bank of America Corp (NYSE:BAC)’s credit quality has improved at higher rates than expected, finances and capital levels have been effectively balanced, non-core assets have been sold, and long term debt reduced. As a result, the firm’s total deposits increased around 7% year-over-year during 2012. If this was the case in an economy that is shyly recovering, growth should be even higher in a context of shriller recuperation. Not black, nor white, Bank of America Corp (NYSE:BAC) offers a grey situation. My advice, in line with the Wall Street Journal, Zack’s, Barrons, and other top analysts, is not to sell nor buy (although it would not be senseless to do so), but rather hold and see.

Different from its aforementioned competitors, JPMorgan Chase & Co. (NYSE:JPM) could be seen as a buying case, with a projected EPS growth of 10% within the next five years (Zack’s), versus Wells Fargo & Co (NYSE:WFC)’s 8%, driven by its high business diversification. Per-share revenue has also grown at an annual average of 5.4% over the past five years, while EPS has retrieved constant upsurges, reaching the highest value within the last ten years ($5.34 trailing twelve months). Something similar can be said about the firm’s operating margin, which has been in continuous expansion over the past five years. The 2012 value reached 29.8%, over seven times higher than 2008’s 4.1%, and wider than the margins offered by 72% of the 545 banking companies in the U.S.

Also bound to increase earnings in the future, credit quality and overall net charge-offs and delinquency rates have been improving over the past few years. Total deposits are also in an uptrend, heading toward the segment’s best, attaining a total of $1.19 trillion in 2012, up 6% year-over-year, and expected to perform better in a recuperating economy.  Similar is the case of the loan balance, augmented by 1% (over $726 million) and poised to grow, mainly on account of increasing loan issuance in its wholesale segment.

In order to augment profit ever further, JPMorgan Chase & Co. (NYSE:JPM) will implement various other cutbacks in expenses, which are expected to result in a $1 billion decrease in total outflows during 2013. These reductions will be enhanced by the layoff of 19,000 employees during 2014.

Although most signs look encouraging, an Altman Z-Score of 0.23, Piotroski F-Score of 3, and declining top-line growth margins are not to pass unnoticed.

The article 3 Giants In The Financial Sector originally appeared on Fool.com and is written by Victor Selva.