It was not uncommon to see analyses where people make statements like “Samsung is eating Apple’s lunch,” or “Research In Motion Ltd (NASDAQ:BBRY) and Nokia Corporation (ADR) (NYSE:NOK) are making a comeback,” or “Sony Corporation (ADR) (NYSE:SNE)‘s new phone is an iPhone killer.” In fact, many people still blame Apple’s competition for the poor performance of the company’s stock. In this article I will argue otherwise.

The logic behind my argument is very simple. If the reason of Apple Inc. (NASDAQ:AAPL)’s recent plunge was competition, we would see competition rallying when Apple is plunging. For example, if people are selling Apple because they are worried about emergence of Samsung, Nokia, BlackBerry, or Sony, they would be buying these stocks up. 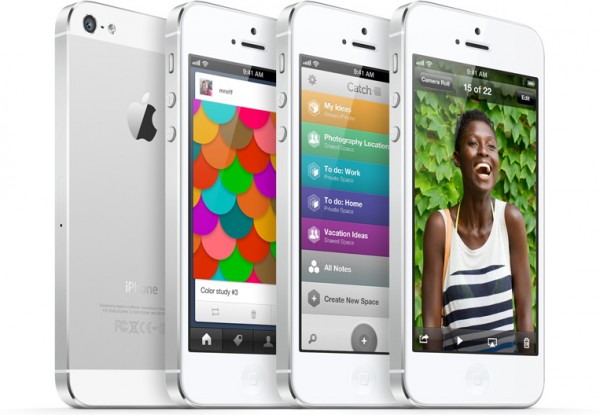 Yet, all of these stocks see the same issues Apple sees, and they are all grossly undervalued. What gives? It looks like investors are worried about the rapidly moving smartphone market and they don’t know who to bet their money on; therefore, they are staying away from buying all the smartphone companies.

Could it be Nokia?

Let’s take Nokia, one of my favorite stocks. By now, I’ve written tens of articles about Nokia Corporation (ADR) (NYSE:NOK). The company’s current share price is around $3.5 even though it has $3.7 per share in cash alone. The company’s patent portfolio alone would be worth as much as its current market value. Yet, it trades at really cheap valuations.

After reaching a price of $4.90 per share in mid January, Nokia Corporation (ADR) (NYSE:NOK) saw a sell-off which carried the share price down to $3.20. As the short interest in this company is near all-time highs, it is difficult to say that the majority of investors are buying this company as they sell Apple Inc. (NASDAQ:AAPL) off. Analysts have a target price of $3 on Nokia, which means they expect more downside.

Then we have Research In Motion Ltd (NASDAQ:BBRY). The company is also witnessing historically high levels of short interest. After reaching $18 in January, the stock has plunged to $13.60 on high volume and high volatility. Many investors and analysts are highly skeptical of this company. The Z10, Research In Motion Ltd (NASDAQ:BBRY)’s new phone, has received mostly positive reviews, even though the phone doesn’t have much of a visibility in some countries like the U.S., yet.

In one study, more than 80% of Americans weren’t even aware of the existence of the Z10. Currently, analysts have a price target of $11 on this company, which implies more volatility and more downside. I am not saying I personally agree with the analysts, but I will talk about this in the below sections.

How about Sony? Sony Corporation (ADR) (NYSE:SNE) is another company that is valued cheaply. Even though the company’s share price has been doing better in the last few months, it is still trading as if it will go bankrupt in a few months. Currently, Sony is trading for 0.8 times its book value, 0.3 times its sales, 3.7 times cash flow ,and a PEG ratio of 0.6.

Sony Corporation (ADR) (NYSE:SNE) has been losing money for the last few years, but the company has been turning things around recently, and the turnaround is expected to be successful when coupled with the Japanese Central Bank’s efforts to weaken Yen.

Is Samsung, “The Apple-Killer” doing any better?

Next, we move on to Samsung. Despite having a great growth rate and impressive cash flow, the company still trades for a cheap valuation. Did you know that Samsung currently trades for a P/E of 10? All these months, analysts kept telling us that Apple’s share price is plunging because Samsung is “killing” Apple Inc. (NASDAQ:AAPL), yet Samsung’s share price is just as cheap as Apple’s.