Is Wayfair Inc (W) a ‘Buy’ as It Reports Narrower Than Expected Loss For Q2?

Wayfair Inc (NYSE:W)’s stock jumped today after the company posted its financial results for the second quarter and managed to beat the estimates. The online retailer reported a net loss of $19.3 million or $0.23 per share for the second quarter, significantly better than the Street’s expectation of $0.29. Its revenue went up by an annual 66% to $491.8 million, above the consensus estimate of $438.5 million. Wayfair Inc (NYSE:W) also stated it had 4 million active customers at the end of June, an increase of 53.5% on the year. On the back of the news the stock advanced by more than 20% and has appreciated by 130% since the beginning of the year. In this article we will take a look at what hedge funds think about Wayfair and whether it is a good stock to buy based on their sentiment. 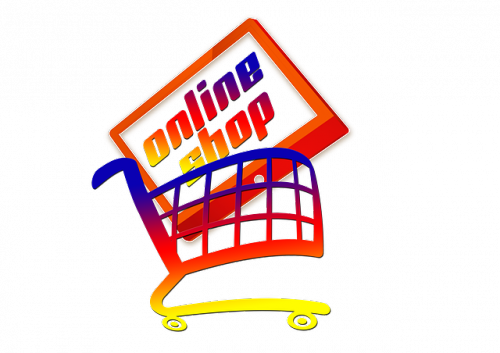 At the end of the first quarter, a total of 15 hedge funds tracked by Insider Monkey held long positions in Wayfair Inc (NYSE:W) with an aggregate investment worth $146.2 million, which represented 5.5% of the company’s outstanding stock. However, there were 14 hedge funds with $62.7 million worth of stock at the end of 2014. Considering the fact that Wayfair Inc (NYSE:W) stock appreciated around 60% during the January – March period, it still looks like hedge funds on average raised their stakes in the company during the same period.

Most investors don’t understand hedge funds and indicators that are based on hedge fund and insider activity. They ignore hedge funds because of their recent poor performance in the long-running bull market. Our research indicates that hedge funds underperformed because they aren’t 100% long. Hedge fund fees are also very large compared to the returns generated and they reduce the net returns enjoyed (or not) by investors. We uncovered through extensive research that hedge funds’ long positions in small-cap stocks actually greatly outperformed the market from 1999 to 2012, and built a system around this. The 15 most popular small-cap stocks among funds beat the S&P 500 Index by more than 84 percentage points since the end of August 2012 when this system went live, returning a cumulative 123% and beating the S&P 500 ETF (SPY) by around 65 percentage points (read more details).

Likewise, other research (not our own) has shown insider trading is also an effective piggybacking method that leads to higher returns. That’s why we believe retail investors should pay attention to insider transactions and keep them apprised of this information. Looking at Wayfair Inc (NYSE:W), there were no insider purchases during the first half of this year, but there were a few sales. The most recent and notable insider sales include 5,000 shares and 13,108 shares disposed of by Chief Financial Officer Michael Fleisher and CEO Niraj Shah on August 5, respectively. There were several other insider sales during the first week of August.

Taking all of this into account let us take a look at the recent actions encompassing Wayfair Inc (NYSE:W).

How have hedge funds been trading Wayfair Inc (NYSE:W)?

Among the hedge funds tracked by Insider Monkey, Andreas Halvorsen‘s Viking Global held the largest position in Wayfair Inc (NYSE:W) by the end of March, with around 1.1 million shares valued at $36.4 million, which represented a 118% increase of the holding over the quarter. Following Viking Global is Robert Pohly’s Samlyn Capital with around 1.0 million shares valued at $32.4 million by the end of first quarter. In addition, George Soros‘ Soros Fund Management opened a position in the company with some 400,000 shares. Other investors with new stakes in Wayfair include Drew Cupps’ Cupps Capital Management, Richard Chilton‘s Chilton Investment Company and Joseph A. Jolson’s Harvest Capital Strategies.

Overall hedge funds remained bullish on Wayfair Inc (NYSE:W) during the first quarter and they from the stock’s 35% growth since the end of March. Taking into account that the company also beat the estimates for the second quarter and the growth opportunities that lie ahead for Wayfair, we recommend buying this stock at the moment.