Is TELUS Corporation (USA) (TU) Worthy of Your Portfolio?

The Insider Monkey team has completed processing the quarterly 13F filings for the September quarter submitted by the hedge funds and other money managers included in our extensive database. Most hedge funds have been producing disappointing net returns in recent years, however that was partly due to the poor performance of small-cap stocks in general. Well, small-cap stocks finally turned the corner and have been beating the large-cap stocks by more than 10 percentage points over the last 5 months.This means the relevancy of hedge funds’ public filings became inarguable, as they may reveal numerous high-potential stocks. The following article will discuss the smart money sentiment towards TELUS Corporation (USA) (NYSE:TU) .

TELUS Corporation (USA) (NYSE:TU) shareholders witnessed a decrease in support from the world’s most successful money managers during the third quarter. There were nine hedge funds in our database with TU holdings at the end of September. At the end of this article we will also compare TU to other stocks including Continental Resources, Inc. (NYSE:CLR), Delphi Automotive PLC (NYSE:DLPH), and ORIX Corporation (ADR) (NYSE:IX) to get a better sense of its popularity. 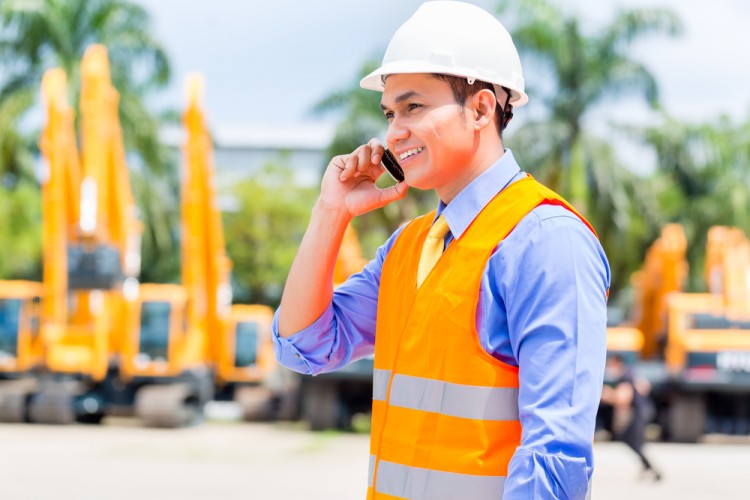 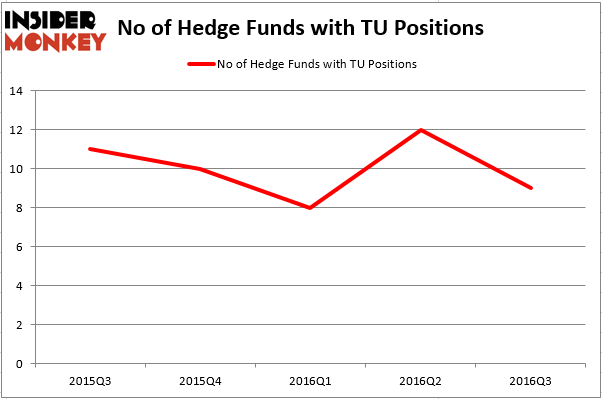 According to Insider Monkey’s hedge fund database, Renaissance Technologies, one of the biggest hedge funds in the world, has the biggest position in TELUS Corporation (USA) (NYSE:TU), worth close to $112.2 million, comprising 0.2% of its total 13F portfolio. On Renaissance Technologies’s heels is Citadel Investment Group, led by Ken Griffin, holding a $63.9 million position; the fund has 0.1% of its 13F portfolio invested in the stock. Other peers with similar optimism comprise D. E. Shaw’s D E Shaw, Ray Dalio’s Bridgewater Associates, and John Overdeck and David Siegel’s Two Sigma Advisors. We should note that Bridgewater Associates is among our list of the 100 best performing hedge funds which is based on the performance of their 13F long positions in non-microcap stocks.

Since TELUS Corporation (USA) (NYSE:TU) has weathered a decline in interest from the smart money, logic holds that there is a sect of fund managers that slashed their entire stakes in the third quarter. At the top of the heap, Peter Rathjens, Bruce Clarke and John Campbell’s Arrowstreet Capital sold off the biggest position of all the investors tracked by Insider Monkey, worth an estimated $2 million in stock, and Brian Ashford-Russell and Tim Woolley’s Polar Capital was right behind this move, as the fund dropped about $1.8 million worth of shares.

As you can see these stocks had an average of 34 funds with bullish positions and the average amount invested in these stocks was $849 million. That figure was $225 million in TU’s case. American Airlines Group Inc (NASDAQ:AAL) is the most popular stock in this table. On the other hand ORIX Corporation (ADR) (NYSE:IX) is the least popular one with only six bullish hedge fund positions. TELUS Corporation (USA) (NYSE:TU) is not the least popular stock in this group but hedge fund interest is still below average. This is a slightly negative signal and we’d rather spend our time researching stocks that hedge funds are piling on. In this regard AAL might be a better candidate to consider taking a long position in.

Suggested Articles:
Most Consumed Meats In The World
Countries That Have The Easiest Driving Tests
Best Boarding Schools In The World