Is PVH Corp (PVH) Going to Burn These Hedge Funds?

Does PVH Corp (NYSE:PVH) represent a good buying opportunity at the moment? Let’s briefly check the hedge fund sentiment towards the company. Hedge fund firms constantly search out bright intellectuals and highly-experienced employees and throw away millions of dollars on research activities, so it is no wonder why they tend to generate millions in profits each year. It is also true that some hedge fund players fail unconceivably on some occasions, but their stock picks have been generating superior risk-adjusted returns on average over the years.

Is PVH Corp (NYSE:PVH) a sound investment right now? Investors who are in the know are reducing their bets on the stock. The number of bullish hedge fund bets were cut by 1 recently. PVH was in 32 hedge funds’ portfolios at the end of the third quarter of 2016. There were 33 hedge funds in our database with PVH positions at the end of the previous quarter. The level and the change in hedge fund popularity aren’t the only variables you need to analyze to decipher hedge funds’ perspectives. A stock may witness a boost in popularity but it may still be less popular than similarly priced stocks. That’s why at the end of this article we will examine companies such as Marine Harvest ASA (NYSE:MHG), Affiliated Managers Group, Inc. (NYSE:AMG), and Unum Group (NYSE:UNM) to gather more data points. 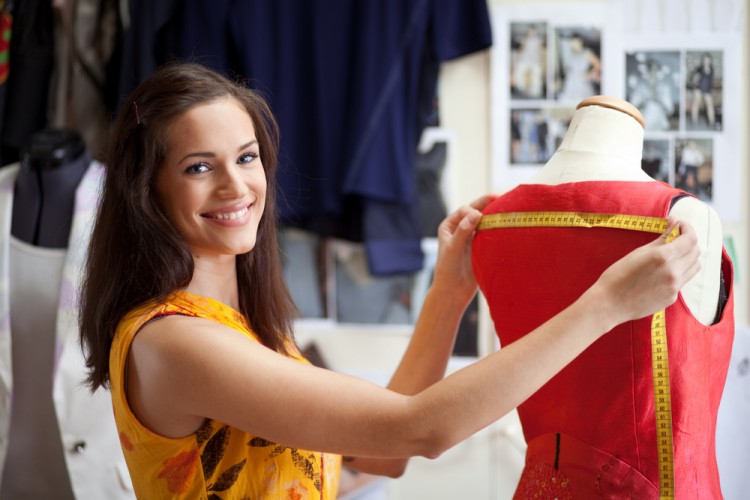 Heading into the fourth quarter of 2016, a total of 32 of the hedge funds tracked by Insider Monkey were long this stock, a 3% dip from one quarter earlier, the second straight quarter with a slight decline in hedge fund ownership of PVH. With the smart money’s sentiment swirling, there exists a select group of notable hedge fund managers who were upping their holdings significantly (or already accumulated large positions). 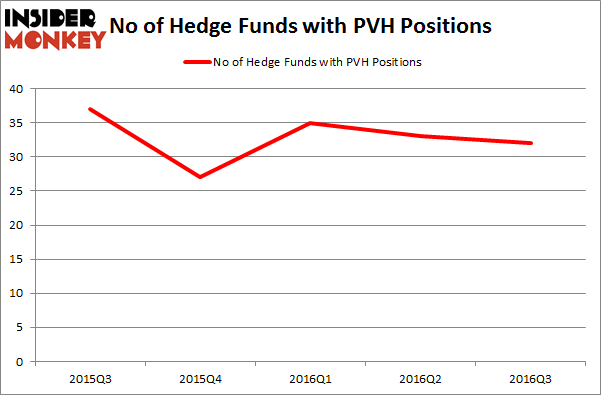 When looking at the institutional investors followed by Insider Monkey, D E Shaw has the largest position in PVH Corp (NYSE:PVH), worth close to $156.9 million. Sitting at the No. 2 spot is Balyasny Asset Management, led by Dmitry Balyasny, holding a $129.5 million position. Other peers that are bullish include Cliff Asness’ AQR Capital Management, Leon Cooperman’s Omega Advisors, and Phill Gross and Robert Atchinson’s Adage Capital Management.

Because PVH Corp (NYSE:PVH) has witnessed a decline in interest from the smart money, it’s easy to see that there were a few funds that slashed their positions entirely heading into Q4. It’s worth mentioning that John Overdeck and David Siegel’s Two Sigma Advisors dropped the biggest stake of the 700 funds monitored by Insider Monkey, comprising close to $27.5 million in stock, and Ray Dalio’s Bridgewater Associates was right behind this move, as the fund dropped about $8.3 million worth of shares. These bearish behaviors are important to note, as total hedge fund interest fell by 1 fund heading into Q4.

As you can see these stocks had an average of 19 hedge funds with bullish positions and the average amount invested in these stocks was $327 million. That figure was $1.25 billion in PVH’s case. Affiliated Managers Group, Inc. (NYSE:AMG) is the most popular stock in this table. On the other hand Marine Harvest ASA (NYSE:MHG) is the least popular one with only 5 bullish hedge fund positions. PVH Corp (NYSE:PVH) is not the most popular stock in this group but hedge fund interest is still above average. This is a slightly positive signal but we’d rather spend our time researching stocks that hedge funds are piling on. In this regard AMG might be a better candidate to consider a long position in.