Netflix, Inc. (NASDAQ:NFLX) shares have been on a remarkable bull run, up over 300% since 8/1/12, and the shares have added almost half of that since the start of the year.  Investor sentiment continues to be bullish, and the P/E is a stratospheric 518.7.

Yet there are doubters.  Rocco Pendola wrote a pair of scathing articles about Netflix, Inc. (NASDAQ:NFLX): “Netflix: The Biggest Empty Promise Since Enron?” and “Netflix News So Absurd I Couldn’t Make it Up”.  In the articles, Pendola vents his mystification at the run-up, but stops short of recommending a sell. 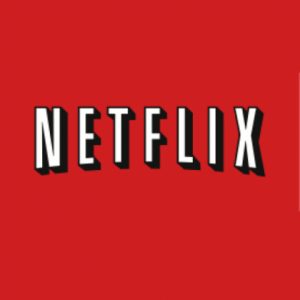 Positive views of Netflix, Inc. (NASDAQ:NFLX), such as a recent post by fellow blogger Salvatore Mattera (“Netflix’s Battle with HBO Could Change TV Forever”) tend to focus on the service itself rather than financial metrics.  As a streaming video service for a fixed monthly fee, Netflix has no equal, and continues to add subscribers, with domestic streaming membership up 25% y/y in Q1 at 29.2 million.  And Netflix, Inc. (NASDAQ:NFLX) is producing its own content, the latest being a fourth season of Arrested Development.

Do these advantages make Netflix, Inc. (NASDAQ:NFLX) a good investment?  Not necessarily.  One question investors should ponder is what the return will be on the investment Netflix is making in new content.  Lacking detailed insight into the cost structure of Netflix, especially the production costs of the new shows, Return on Invested Capital (ROIC) may offer the best insight.

I’ve included the other companies for comparison because they already distribute video content through online stores and therefore have the necessary infrastructure (massive server farms) and software capabilities to provide a subscription streaming service like Netflix. Amazon.com, Inc. (NASDAQ:AMZN) even offers a Netflix-like subscription service through Amazon Prime as well as rental and purchase content.  As I discuss below, Apple Inc. (NASDAQ:AAPL) and Google Inc (NASDAQ:GOOG) may join Amazon.com, Inc. (NASDAQ:AMZN) in this “hybrid” approach.

Netflix isn’t the worst in ROIC, but its 1% ROIC is well below its current cost of capital.  In February 2013 Netflix issued $500 million in Senior Notes at 5.375% interest.

Even though Netflix doesn’t perform particularly well in ROIC at the moment, it could be argued that Netflix is growing so fast that eventually ROIC will improve.  This is true, but there is a caveat: if operating margin stays constant, then ROIC doesn’t improve enough to matter.  Operating margin, currently a meager 3%, is critical for Netflix, Inc. (NASDAQ:NFLX).

To illustrate how critical operating margin will be to future ROIC performance, I put together a simplified spreadsheet model to calculate ROIC based on three scenarios:

1) Idealized 2013 Q1:  a point of departure that represents ROIC performance without some one-time only charges.  Together with the quarterly interest on the new 5.375% Senior Notes, these pretty much wiped out the operating profit of $32 million.  ROIC is calculated as Net Income (after taxes)/Invested Capital. In fact, the prospects for the constant operating cost scenario are dim, since Netflix operating costs have historically grown at a pace equal to or greater than revenue growth.  But even in this scenario, the company’s value doesn’t really catches up to its price, and its P/E of 60 is still quite a bit higher that the other companies I listed.

Achieving a competitive ROIC will only become more difficult as better funded competitors introduce subscription streaming services of their own. If we include online rental and purchased content, then Netflix already has significant competition for the consumer’s online entertainment dollar from the companies listed in the table.

Amazon hosts the Netflix, Inc. (NASDAQ:NFLX) domestic streaming service through Amazon Web Hosting, so they clearly have the technical capability to compete with Netflix.  Amazon has also started offering as part of its Amazon Prime service ($80/year) unlimited streaming of selected movie and TV titles.  While the web interface is primitive, the Amazon Instant Video app for iOS works well, and Instant Video is also available on other devices such as Sony Blu-ray players.  On the Sony, Instant Video allows the watching of Amazon Prime titles as well as renting or purchasing many other titles available for download.

This hybrid approach is probably the future for online content providers such as Google Inc (NASDAQ:GOOG) and Apple Inc. (NASDAQ:AAPL).  Google has already started experimenting with the subscription model through YouTube subscription channels and has a lucrative content store in Google Play that could also host a subscription service.  In Q1, Google made about $1 billion in revenue from Google Play (including all goods and services).

Apple also appears well positioned to offer a subscription streaming service if it so chooses.  The iTunes segment generated $4.1 billion in revenue in 2013 Q1, and it reaches beyond Mac OS and iOS with the PC version of iTunes.  With roughly 500 million iOS users, Apple has a ready market for a subscription video service.  Such a service would undoubtedly be integrated into iTunes for a “hybrid” service of unlimited streaming, rentals, and purchases.

So far, Apple has been content with the rental/purchase model, but this may change with the arrival of an Apple Television.  An iTV just cries out for a subscription service in order to ensure that the iTV is (almost) always showing Apple-provided content.

Given the enormous run-up of the stock and the vulnerability of Netflix to competition, I think it’s time to cash out of Netflix.  You might miss out on a little additional upside, but you’ll be glad when the Netflix, Inc. (NASDAQ:NFLX) bubble bursts.

The article Is Netflix Still a Good Investment? originally appeared on Fool.com and is written by Mark Hibben.