On Friday, shares of Microsoft Corporation (NASDAQ:MSFT) rose 2.32%. When the closing bell rang, the stock price had climbed to $34.87 and set a new 52-week high. Since the beginning of 2013, shares have risen 30.55%, making Microsoft Corporation (NASDAQ:MSFT) the fourth best performing Dow Jones component. Since the beginning of March, the stock has had only one losing week and 10 winning weeks. 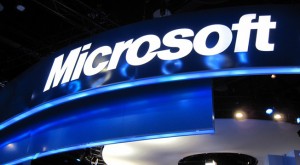 The stock has been a little more volatile in May, but I would say most investors aren’t complaining. The first week of the month, Microsoft Corporation (NASDAQ:MSFT) was the best performing Dow component after it gained 5.34%, but the second week of the May, shares slipped 2.38%. The this past week, if it wasn’t for an insane run by Cisco Systems, Inc. (NASDAQ:CSCO), gaining 14.88% over the past five trading sessions, Microsoft Corporation (NASDAQ:MSFT) would have likely been the Dow’s best stock of the week, as it rose 6.69%. With the stock on fire like this, it’s attracted a lot of investors’ attention, and the question they all want to find an answer to is: Should I buy, sell, or hold?

Sell
The biggest argument for selling is that Windows 8 is performing extremely poorly. This is supposed to be Microsoft Corporation (NASDAQ:MSFT)’s bread-and-butter product. And if its most important product is falling, where will the company be in a few years? The PC market was praying the new operating system would help with hardware sales, but to anyone who follows the industry, it’s very clear that has not happened.

Dell Inc. (NASDAQ:DELL), which just reported first-quarter earnings last week, saw profits drop 80% compared with the same timeframe last year, and the company is on the verge of losing money from its PC business because of disappearing margins. We should have a better idea of how the PC business is truly during after Hewlett-Packard reports earnings this coming week on May 22, but as of right now, things don’t look good.

The company built Windows 8 so that it could run on tablets and other mobile computing devices, but those products have yet to gain any real traction in a market that’s highly competitive and where everyone is fighting over a relatively small pool of customers.