As the market continues its unabated march to new highs, you might be frustrated at the lack of cheap stocks available. For income or value investors especially, times are tough. The combination of continually climbing markets and historically low interest rates makes the search for attractively priced dividend stocks a difficult one. The technology sector includes some highly profitable stocks that pay dividends to shareholders, and haven’t rallied to the extent of the broader market. One such stock is technology behemoth Microsoft Corporation (NASDAQ:MSFT). Is the tech giant cheap? Or, is it a classic value trap? 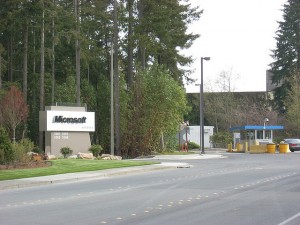 After a frustrating decade, it’s cheap on the surface

Microsoft Corporation (NASDAQ:MSFT) has been labeled as both dirt cheap and dead money, depending on who you take your advice from. It’s true that the stock price has stagnated over the past decade, but that has less to do with Microsoft’s operating performance and much more to do with the market’s irrationally over-valuing technology stocks during the tech bubble.

Financial pundits love to call Microsoft dead money. In 2000, the stock reached almost $60 per share. After the tech bubble burst, the stock fell to less than $30, and indeed has traded at that level ever since. The fundamentals, meanwhile, paint a different picture.

In fiscal 2001, Microsoft Corporation (NASDAQ:MSFT) booked diluted earnings per share of $1.32 on revenues of $25 billion. Investors buying at $60 paid 45 times those earnings. The fact is, over the next decade, Microsoft grew its sales and profits at compound annual growth rates of 10.7% and 7.4%, respectively. Last year, Microsoft booked adjusted diluted earnings per share of $2.73 –not exactly fitting the description of a “dead” company.

Ditto for large-cap tech peer Intel Corporation (NASDAQ:INTC). The stock traded north of $73 per share in the fall of 2000 before falling to the low $20s — exactly where it stands today. Even using Intel’s most profitable year between 1991 and 2003, investors were paying more than 48 times those earnings at a price of $73. The company, meanwhile, grew its revenues by more than 7% annually during the 10-year period of 2001-2011.

Microsoft Corporation (NASDAQ:MSFT) now trades for 10 times its 2012 adjusted diluted earnings per share, and Intel shares a similar valuation profile. Let’s not forget that Microsoft also has more than $63 billion in cash, equivalents and short-term investments on the balance sheet. It’s easy to make the argument that Microsoft is a highly-profitable (if slow-growing) company with a comfortable margin of safety thanks to its massive cash hoard.

Unfortunately for investors, the market seems to shrug off such ideas as a margin of safety when it comes to technology stocks. These companies are expected to be high-growth at all times. Only those stocks that can offer the best growth rates at the present time are being rewarded with valuations comparable with the broader market. Such a company is QUALCOMM, Inc. (NASDAQ:QCOM), which the market loves for its focus on the trend toward mobile communications solutions.