Hedge funds are not perfect. They have their bad picks just like everyone else. Valeant, a stock hedge funds have loved, lost 79% during the last 12 months ending in November 21. Although hedge funds are not perfect, their consensus picks do deliver solid returns, however. Our data show the top 30 mid-cap stocks among the best performing hedge funds yielded an average return of 18% in the same time period, vs. a gain of 7.6% for the S&P 500 Index. Because hedge funds have a lot of resources and their consensus picks do well, we pay attention to what they think. In this article, we analyze what the successful funds think of Lloyds Banking Group PLC (ADR) (NYSE:LYG) .

Lloyds Banking Group PLC (ADR) (NYSE:LYG) has experienced an increase in hedge fund interest of late. There were 10 hedge funds in our database with LYG holdings at the end of the previous quarter. There were 11 at the end of Q3. At the end of this article we will also compare LYG to other stocks including BT Group plc (ADR) (NYSE:BT), UBS AG (USA) (NYSE:UBS), and Canadian National Railway (USA) (NYSE:CNI) to get a better sense of its popularity. 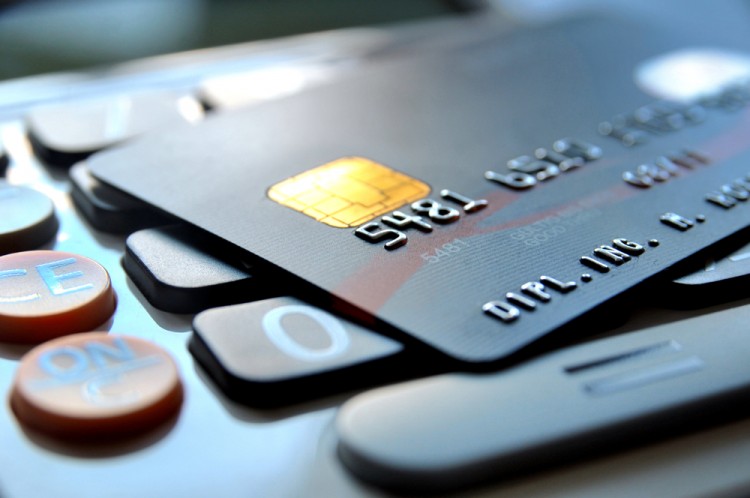 With all of this in mind, we’re going to go over the latest action surrounding Lloyds Banking Group PLC (ADR) (NYSE:LYG).

What does the smart money think about Lloyds Banking Group PLC (ADR) (NYSE:LYG)? 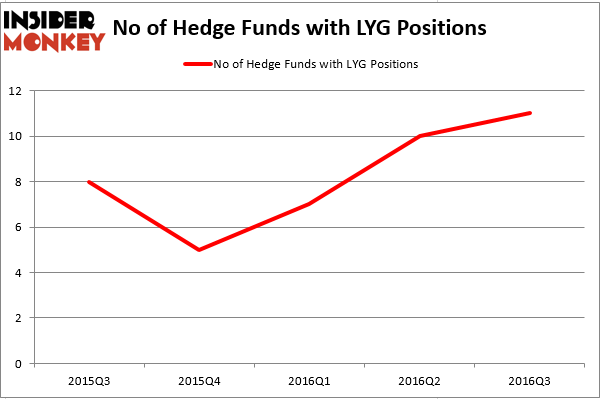 According to Insider Monkey’s elite fund database, Fisher Asset Management, led by Ken Fisher, holds the biggest position in Lloyds Banking Group PLC (ADR) (NYSE:LYG). Fisher Asset Management has a $308.3 million position in the stock, comprising 0.5% of its 13F portfolio. Coming in second is Renaissance Technologies, one of the largest hedge funds in the world, holding a $18 million position; less than 0.1% of its 13F portfolio is allocated to the stock. Some other professional money managers with similar optimism contain Kenneth Tropin’s Graham Capital Management, J. Alan Reid, Jr.’s Forward Management and Richard Mashaal’s Rima Senvest Management. We should note that Forward Management is among our list of the 100 best performing hedge funds which is based on the performance of their 13F long positions in non-microcap stocks.

As you can see these stocks had an average of 11.25 hedge funds with bullish positions and the average amount invested in these stocks was $637 million. That figure was $335 million in LYG’s case. Canadian National Railway (USA) (NYSE:CNI) is the most popular stock in this table. On the other hand BT Group plc (ADR) (NYSE:BT) is the least popular one with only 7 bullish hedge fund positions. Lloyds Banking Group PLC (ADR) (NYSE:LYG) is not the least popular stock in this group but hedge fund interest is still below average. This is a slightly negative signal and we’d rather spend our time researching stocks that hedge funds are piling on. In this regard CNI might be a better candidate to consider taking a long position in.