Is LifeVantage Corp (LFVN) Going to Burn These Hedge Funds?

The worries about the election and the ongoing uncertainty about the path of interest-rate increases have been keeping investors on the sidelines. Of course, most hedge funds and other asset managers have been underperforming main stock market indices since the middle of 2015. Interestingly though, smaller-cap stocks registered their best performance relative to the large-capitalization stocks since the end of the June quarter, suggesting that this may be the best time to take a cue from their stock picks. In fact, the Russell 2000 Index gained more than 15% since the beginning of the third quarter, while the Standard and Poor’s 500 benchmark returned less than 6%. This article will lay out and discuss the hedge fund and institutional investor sentiment towards LifeVantage Corp (NASDAQ:LFVN).

LifeVantage Corp (NASDAQ:LFVN) investors should pay attention to a decrease in hedge fund interest in recent months. LFVN was in 6 hedge funds’ portfolios at the end of September. There were 7 hedge funds in our database with LFVN holdings at the end of the previous quarter. At the end of this article we will also compare LFVN to other stocks including Noodles & Co (NASDAQ:NDLS), Navios Maritime Holdings Inc. (NYSE:NM), and Eagle Bulk Shipping Inc. (NASDAQ:EGLE) to get a better sense of its popularity. 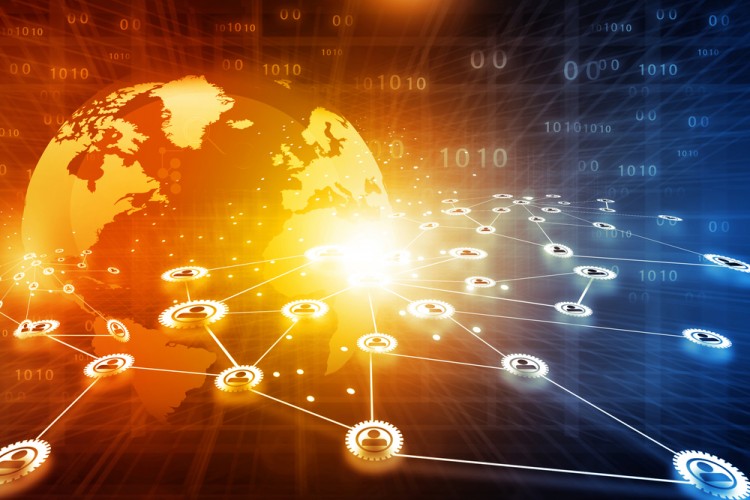 With all of this in mind, let’s go over the latest action regarding LifeVantage Corp (NASDAQ:LFVN).

What does the smart money think about LifeVantage Corp (NASDAQ:LFVN)?

At Q3’s end, a total of 6 of the hedge funds tracked by Insider Monkey held long positions in this stock, a drop of 14% from the second quarter of 2016. By comparison, 2 hedge funds held shares or bullish call options in LFVN heading into this year. With hedgies’ sentiment swirling, there exists an “upper tier” of noteworthy hedge fund managers who were increasing their stakes meaningfully (or already accumulated large positions). 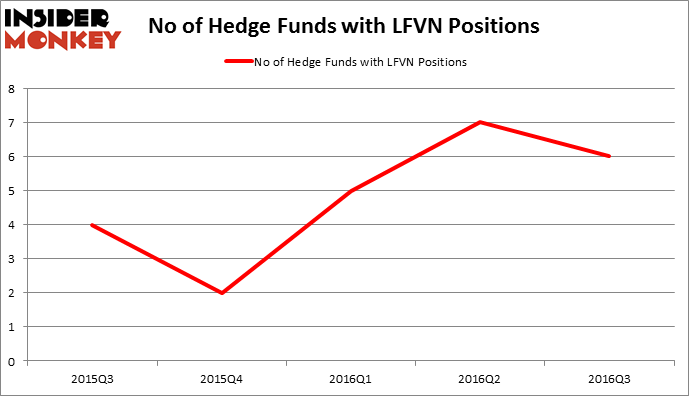 Of the funds tracked by Insider Monkey, Renaissance Technologies, one of the biggest hedge funds in the world, holds the number one position in LifeVantage Corp (NASDAQ:LFVN). According to regulatory filings, the fund has a $6.5 million position in the stock, comprising less than 0.1% of its 13F portfolio. Coming in second is Manatuck Hill Partners, led by Mark Broach, which holds a $4 million position; the fund has 1.6% of its 13F portfolio invested in the stock. Other professional money managers that are bullish include Israel Englander’s Millennium Management, Peter Rathjens, Bruce Clarke and John Campbell’s Arrowstreet Capital and Ken Griffin’s Citadel Investment Group. We should note that none of these hedge funds are among our list of the 100 best performing hedge funds which is based on the performance of their 13F long positions in non-microcap stocks.

How Encore Capital Group, Inc. (ECPG) Stacks Up Against Its Peers
Monthly Newsletter Strategy
Download a free copy of our newsletter and see the details inside!
Hedge Fund Resource Center
Related News
Perrigo Company (PRGO): Hedge Funds Are Bearish and Insiders Are Undecided, What Should You Do? Auxilium Pharmaceuticals, Inc. (AUXL): Are Hedge Funds Right About This Stock? Vertex Pharmaceuticals Incorporated (VRTX), Accelerate Diagnostics Inc (AXDX), Lifevantage Corporation (LFVN) – Pharmaceuticals: One Short, One Buy, One Strong Buy This Metric Says You Are Smart to Buy USANA Health Sciences, Inc. (USNA) This Metric Says You Are Smart to Sell Nature’s Sunshine Prod. (NATR) Perrigo Company (PRGO): What’s The Smart Money Think? Nature’s Sunshine Prod. (NATR): Insiders Are Buying, Should You? 6 Best Smartphones with OLED Displays 10 Countries that Have The Most Time Zones 6 Longest Applauses of All Time
Billionaire Hedge Funds