Is Duke Realty Corp (DRE) A Good Stock To Buy?

Hedge funds and large money managers usually invest with a focus on the long-term horizon and, therefore, short-lived dips on the charts, usually don’t make them change their opinion towards a company. The second half of 2015 and the first few months of this year was a stressful period for hedge funds. However, things have been taking a turn for the better in the second half of this year. Small-cap stocks which hedge funds are usually overweight outperformed the market by double digits and it may be a good time to pay attention to hedge funds’ picks before it is too late. In this article we are going to analyze the hedge fund sentiment towards Duke Realty Corp (NYSE:DRE) to find out whether it was one of their high conviction long-term ideas.

Duke Realty Corp (NYSE:DRE) investors should be aware of an increase in support from the world’s most successful money managers lately. There were 11 hedge funds in our database with DRE positions at the end of September. At the end of this article we will also compare DRE to other stocks including Huaneng Power International Inc (ADR) (NYSE:HNP), Hanesbrands Inc. (NYSE:HBI), and Liberty Interactive Corp (NASDAQ:QVCA) to get a better sense of its popularity. 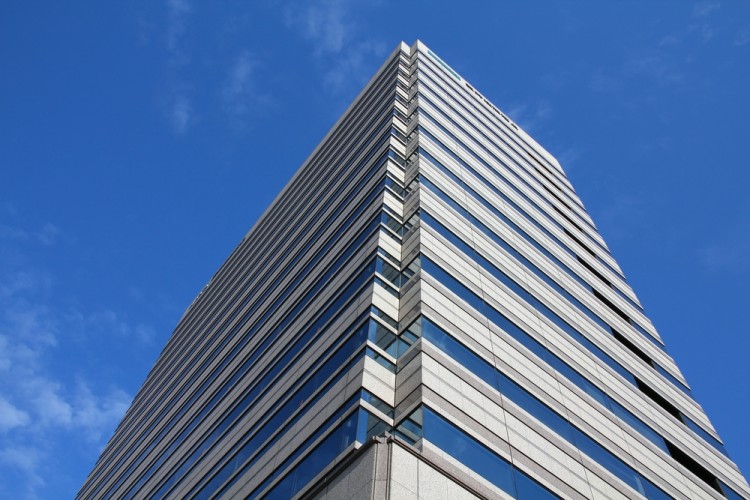 With all of this in mind, we’re going to go over the latest action encompassing Duke Realty Corp (NYSE:DRE).

Heading into the fourth quarter of 2016, a total of 11 of the hedge funds tracked by Insider Monkey were bullish on this stock, a change of 10% from one quarter earlier. By comparison, 9 hedge funds held shares or bullish call options in DRE heading into this year. With the smart money’s capital changing hands, there exists a select group of key hedge fund managers who were increasing their holdings considerably (or already accumulated large positions). 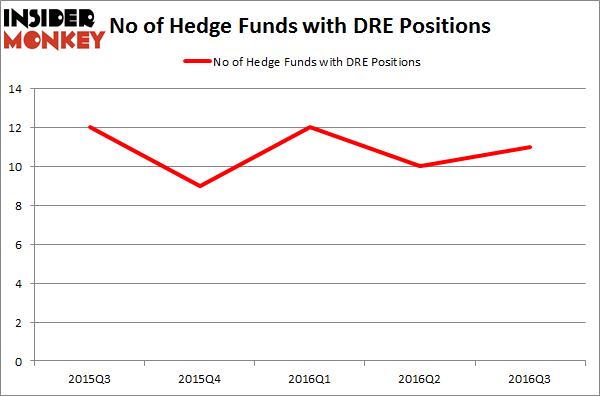 According to publicly available hedge fund and institutional investor holdings data compiled by Insider Monkey, Ken Griffin’s Citadel Investment Group has the most valuable position in Duke Realty Corp (NYSE:DRE), worth close to $13.9 million, accounting for less than 0.1% of its total 13F portfolio. Coming in second is Balyasny Asset Management, led by Dmitry Balyasny, holding a $10.5 million position; 0.1% of its 13F portfolio is allocated to the stock. Remaining members of the smart money with similar optimism consist of Simon Sadler’s Segantii Capital, Cliff Asness’ AQR Capital Management and Millennium Management, one of the 10 largest hedge funds in the world. We should note that none of these hedge funds are among our list of the 100 best performing hedge funds which is based on the performance of their 13F long positions in non-microcap stocks.

As you can see these stocks had an average of 28 hedge funds with bullish positions and the average amount invested in these stocks was $1054 million. That figure was $44 million in DRE’s case. Liberty Interactive Corp (NASDAQ:QVCA) is the most popular stock in this table. On the other hand Huaneng Power International Inc (ADR) (NYSE:HNP) is the least popular one with only 1 bullish hedge fund positions. Duke Realty Corp (NYSE:DRE) is not the least popular stock in this group but hedge fund interest is still below average. This is a slightly negative signal and we’d rather spend our time researching stocks that hedge funds are piling on. In this regard QVCA might be a better candidate to consider taking a long position in.