Is Colony Starwood Homes (SFR) Worthy of Your Portfolio?

The worries about the election and the ongoing uncertainty about the path of interest-rate increases have been keeping investors on the sidelines. Of course, most hedge funds and other asset managers have been underperforming main stock market indices since the middle of 2015. Interestingly though, smaller-cap stocks registered their best performance relative to the large-capitalization stocks since the end of the June quarter, suggesting that this may be the best time to take a cue from their stock picks. In fact, the Russell 2000 Index gained more than 15% since the beginning of the third quarter, while the Standard and Poor’s 500 benchmark returned less than 6%. This article will lay out and discuss the hedge fund and institutional investor sentiment towards Colony Starwood Homes (NYSE:SFR).

Colony Starwood Homes (NYSE:SFR) registered a decrease in activity from the world’s largest hedge funds in recent months. There were 13 hedge funds in our database with SFR positions at the end of September, down by three funds over the quarter. At the end of this article we will also compare SFR to other stocks including Spire Inc(NYSE:SR), Belden Inc. (NYSE:BDC), and Chemours Co (NYSE:CC) to get a better sense of its popularity. 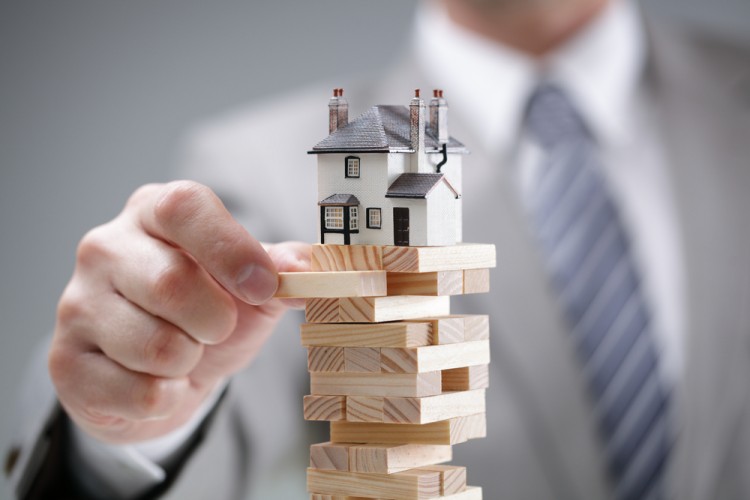 Keeping this in mind, we’re going to take a gander at the key action regarding Colony Starwood Homes (NYSE:SFR). 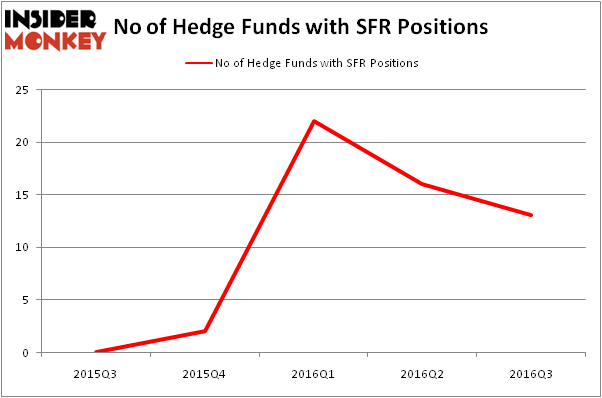 Of the funds tracked by Insider Monkey, Ken Heebner’s Capital Growth Management has the largest position in Colony Starwood Homes (NYSE:SFR), worth close to $40.2 million, accounting for 1.9% of its total 13F portfolio. Sitting at the No. 2 spot is Cardinal Capital, led by Amy Minella, which holds a $36.7 million position; 1.7% of its 13F portfolio is allocated to the stock. Other peers that are bullish contain Millennium Management (one of the largest hedge funds in the world), Jim Simons’ Renaissance Technologies, and Eduardo Abush’s Waterfront Capital Partners. We should note that none of these hedge funds are among our list of the 100 best performing hedge funds which is based on the performance of their 13F long positions in non-microcap stocks.

Now that we’ve mentioned the most bullish investors, let’s also take a look at some funds that dumped their entire stakes in the stock during the third quarter. Intriguingly, John Khoury’s Long Pond Capital dumped the largest investment of the 700 funds watched by Insider Monkey, comprising about $51.7 million in stock, and Wilmot B. Harkey and Daniel Mack’s Nantahala Capital Management was right behind this move, as the fund dropped about $7.8 million worth of shares.

As you can see these stocks had an average of 22 investors with bullish positions and the average amount invested in these stocks was $333 million, compared to $182 million in SFR’s case. Chemours Co (NYSE:CC) is the most popular stock in this table. On the other hand Spire Inc(NYSE:SR) is the least popular one with only 11 funds holding shares. Colony Starwood Homes (NYSE:SFR) is not the least popular stock in this group but hedge fund interest is still below average. This is a slightly negative signal and we’d rather spend our time researching stocks that hedge funds are piling on. In this regard Chemours Co (NYSE:CC) might be a better candidate to consider taking a long position in.