Is Armstrong Flooring Inc (AFI) A Good Stock To Buy?

The worries about the election and the ongoing uncertainty about the path of interest-rate increases have been keeping investors on the sidelines. Of course, most hedge funds and other asset managers have been underperforming main stock market indices since the middle of 2015. Interestingly though, smaller-cap stocks registered their best performance relative to the large-capitalization stocks since the end of the June quarter, suggesting that this may be the best time to take a cue from their stock picks. In fact, the Russell 2000 Index gained more than 15% since the beginning of the third quarter, while the Standard and Poor’s 500 benchmark returned less than 6%. This article will lay out and discuss the hedge fund and institutional investor sentiment towards Armstrong Flooring Inc (NYSE:AFI) .

Armstrong Flooring Inc (NYSE:AFI) shareholders have witnessed a decrease in support from the world’s most successful money managers lately. There were 15 hedge funds in our database with AFI positions at the end of the third quarter. The level and the change in hedge fund popularity aren’t the only variables you need to analyze to decipher hedge funds’ perspectives. A stock may witness a boost in popularity but it may still be less popular than similarly priced stocks. That’s why at the end of this article we will examine companies such as World Point Terminals LP (NYSE:WPT), PGT, Inc. (NASDAQ:PGTI), and Omega Protein Corporation (NYSE:OME) to gather more data points. 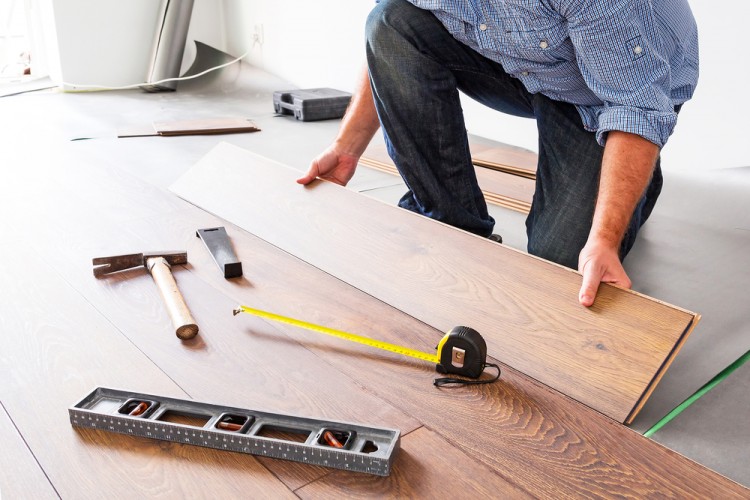 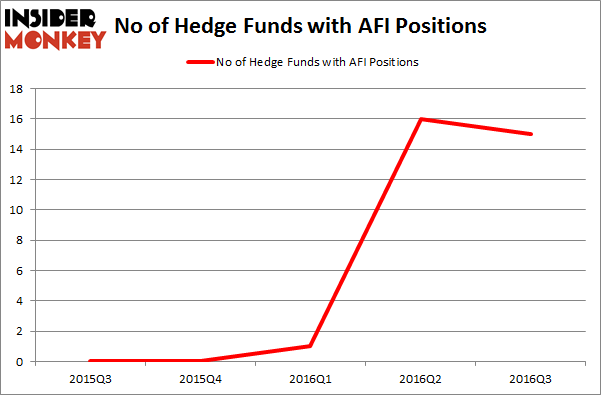 Of the funds tracked by Insider Monkey, Jeffrey Ubben’s ValueAct Capital has the biggest position in Armstrong Flooring Inc (NYSE:AFI), worth close to $86.8 million. The second largest stake is held by Raging Capital Management, led by William C. Martin, holding a $42 million position; 5.8% of its 13F portfolio is allocated to the company. Other hedge funds and institutional investors with similar optimism consist of Eric Mindich’s Eton Park Capital, Michael M. Rothenberg’s Moab Capital Partners and Michael Doheny’s Freshford Capital Management. We should note that two of these hedge funds (Raging Capital Management and Moab Capital Partners) are among our list of the 100 best performing hedge funds which is based on the performance of their 13F long positions in non-microcap stocks.

Due to the fact that Armstrong Flooring Inc (NYSE:AFI) has experienced declining sentiment from the entirety of the hedge funds we track, we can see that there exists a select few fund managers that slashed their positions entirely last quarter. It’s worth mentioning that Paul Marshall and Ian Wace’s Marshall Wace LLP said goodbye to the largest investment of the 700 funds monitored by Insider Monkey, valued at about $1.3 million in stock, and Benjamin A. Smith’s Laurion Capital Management was right behind this move, as the fund cut about $0.6 million worth of shares.

As you can see these stocks had an average of 11 hedge funds with bullish positions and the average amount invested in these stocks was $63 million. That figure was $217 million in AFI’s case. Omega Protein Corporation (NYSE:OME) is the most popular stock in this table. On the other hand World Point Terminals LP (NYSE:WPT) is the least popular one with only 3 bullish hedge fund positions. Armstrong Flooring Inc (NYSE:AFI) is not the most popular stock in this group but hedge fund interest is still above average. This is a slightly positive signal but we’d rather spend our time researching stocks that hedge funds are piling on. In this regard OME might be a better candidate to consider taking a long position in.