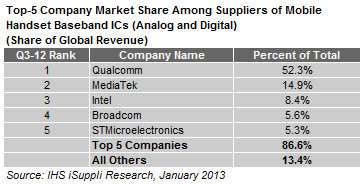 The microprocessor market has come a long way since the Intel 8080 was first introduced in 1974. The global annual semiconductor market is expected to reach nearly $400 billion by the end of 2015. 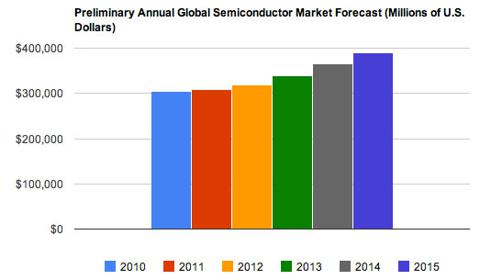 In short, the semiconductor market is going to grow exponentially in the next couple of years. And needless to say, Intel has the innate brand potential to profit from this action.

Having talked about the prospective revenue growth of the company, it is time to look at fundamentals a bit.

Intel’s margins did not show enough growth in 2012. That might have led to the sharp decline in the stock price. But, the good news is that Intel has been investing in research and development heavily for the last two years, and it will probably bring in results in the coming few years. Although it might have affected the bottom line in the last couple of years, I would expect the trend to reverse in the next two years. 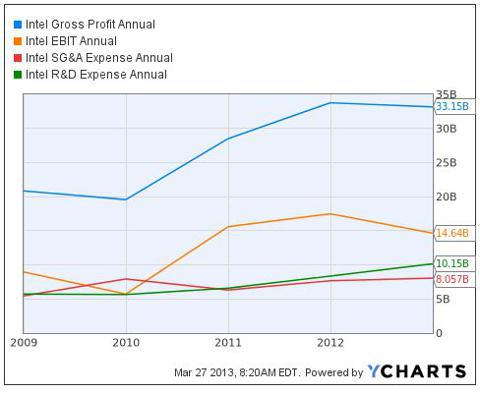 Having said that, it should be reiterated that the profitability margins are still better than the rest. Take a look at the table below. It is obvious that Intel is ahead of the competition (except for QUALCOMM, Inc. (NASDAQ:QCOM), of course) when it comes to profitability.

Intel’s balance sheet boasts of increasing net plant, property and equipment worth $28 billion as of January. All these heavy capital expenditures will reap benefits for years to come. Although there have been instances of surging long-term debt, we can rest assured of the fact that it is ‘long’ in term. That will cut the company some slack to amortize the debt right away. 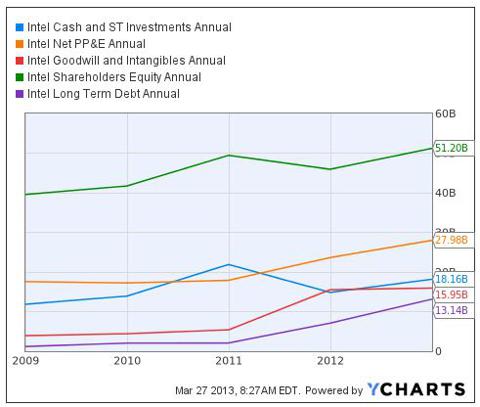 And what’s better is that Intel’s dividend yield rose to above 4% over the last three years. This again confirms that the stock price has a strong chance to soar. 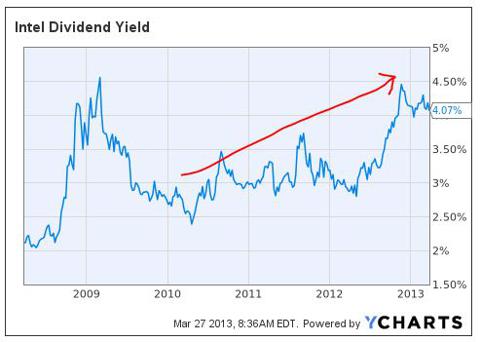 To sum it up, I would say Intel is a buy at the moment. Don’t expect a huge price rise in the short term, though. Considering the strong fundamentals, higher mobile-oriented focus and concern of shareholders’ interests, Intel seems to be value buy. And, with better market performance in the next year or two, the price should shoot up immensely.