So what’s dragging this additive manufacturing specialist down today? 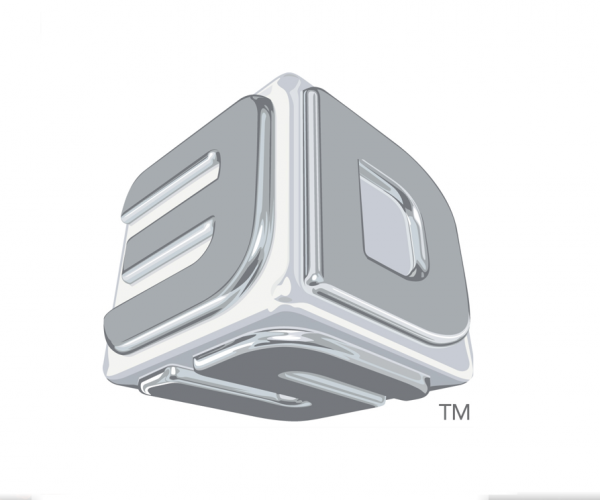 The bigger they are…
First of all, as most 3D Systems investors are well aware, its beta of 2.11 proves volatility is par for the course for the rapidly growing company. Even after today’s drop, however, its important to remember that 3D Systems has risen more than 30% over the past three months. What’s more, the stock currently trades nearly 160% higher than its year-ago levels.

In addition, while investor excitement reached a fever pitch after 3D Systems enjoyed year-over-year revenue growth of 57% last quarter, sky-high valuations caused some of us to wonder whether shareholders were manufacturing their very own dot-com-esque bubble. All told, with 3D Systems set to announce earnings Monday, those concerns have helped our skittish market pull its shares down more than 17% over the past week alone.

With this in mind, it’s also important to note that 3D Systems isn’t the only 3-D printer falling today; both competitor Stratasys, Ltd. (NASDAQ:SSYS) and newcomer ExOne Co (NASDAQ:XONE) also joined the pity party by dropping nearly 5% this morning. What’s more, Stratasys and ExOne have followed 3D Systems down the tubes over the past month, falling 13% and 10%, respectively. Once again, the culprit appears to be wider valuation concerns for the 3-D printing industry as a whole.

What now?
To be sure, these concerns appear to be valid on the surface. Despite the industry’s recent torrid growth, and the fact 3D Systems and Stratasys are solidly profitable, both companies currently trade at just under 80 times trailing earnings. Even still, hope remains that they could grow into their valuations as industry experts estimate the 3-D printing market could triple within the next five years.

What’s more, just last month Motley Fool co-founder David Gardner reiterated the need for investors in the additive manufacturing space to maintain a long-term outlook, going so far as to compare 3-D printing to investing in the Internet in 1997: “Think about what the Internet has become over the last 20 years. It has absolutely become integral to the lives of billions of people on the planet.” It stands to reason, then, if additive manufacturing could achieve even a fraction of the Internet’s household utility over the long haul, today’s investors would be handsomely rewarded.

Whoa! These 3 Stocks Are on the Ball: Pharmacyclics, Inc. (PCYC)