AC Immune Ltd (NASDAQ:ACIU) just hit markets with what turned out to be a relatively weak initial public offering. The company, which is developing its lead treatment as part of a collaboration deal with Roche Holding Ltd. (ADR) (OTCMKTS:RHHBY)’s Genentech, kicked off a pivotal trial earlier this year (first quarter) and is looking at targeting a multi billion dollar Alzheimer’s disease if the drug gets a nod from the FDA. It failed to clear some key hurdles in earlier phase testing, however, so the path is not as clear as AC and its shareholders might wish it to be.

So, what are the chances of success in the ongoing trial? Should shareholders be confident, or is a phase II stumble indicative of further trouble in the ongoing phase III? In an attempt to answer these questions, here’s a look at the drug in question.

So, it’s called crenezumab, and as we’ve said already, it’s in a phase III targeting an Alzheimer’s indication. Alzheimer’s is a tough target, because scientists don’t really understand what causes it, and in turn, what makes it better or worse. One thing we do know is that the severity of the condition is associated with an increase in build up of what’s called amyloid plaque. Scientists assume that this build up (because of the correlation) is causal, but this is far from confirmed as things stand. Anyway, because of this assumption, most of the drug candidates under investigation right now target the plaque in question. Crenezumab is no different. It aims to reduce plaque by targeting amyloid-β peptides (and in doing so, stimulates what’s called phagocytosis, which is basically the white blood cells in the system vacuuming up debris), but what sets it apart from other treatments is that it also attempts to limit the release of inflammatory cytokines, and in turn, avoid the common side effects of current treatments, such as vasogenic edema. 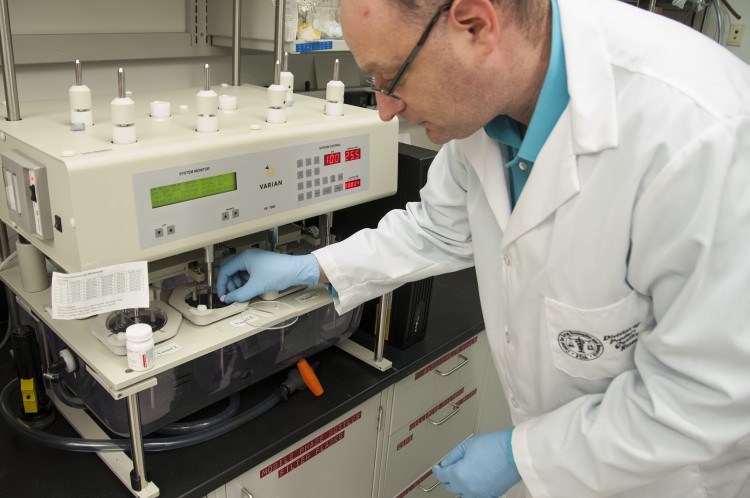 So what happened in the trials to date?

Well, the biggest crenezumab study was a phase II called ABBY, and it recruited a little over 400 patients with a mild to moderate form of the condition, who had a baseline Mini–Mental State Examination (MMSE) score of 18 to 26. Reduction in cognitive decline, the primary endpoint of the study, came in at 16% as measured by the Alzheimer’s Disease Assessment Scale, and the reduction in global functional decline, as measured by Clinical Dementia Rating–Sum of Boxes (which was a co-primary endpoint) came in at 3.1%. However, despite the declines in both elements of the endpoints, neither was interpreted as statistically significant – both had p-values of higher than 0.05.

The good news, is patients at the milder end of the study, that is patients with MMSE of 22-26, showed a 35.4% reduction in cognitive decline that was statistically significant, with a p-value of 0.36. It’s this latter element of the study that the two companies, Genentech and AC, have pounced on, and which forms the justification of advancing in to a phase III.

The phase III kicked off in January, and is targeting an enrollment of 750 patients that fall in to the MMSE bracket mentioned above (mild end of the disease). It’s a slow burner, set to close out during the third quarter of 2020 primarily and to complete outright nearly a year later in July 2021, but there’s every chance we’ll see some degree of interim updates between now and completion. It’s these updates that we are looking to as the nearer term catalysts in the study.

So, let’s have a go at bringing this together and attempting to answer our initial question – what are the chances of data coming in as positive come interim or topline, and crenezumab going on to have a successful campaign?

Our take is this: we think that the data in the milder patients is strong, and that there looks to be a good chance of the company replicating the efficacy figures come topline release. Having said this, there are a number of drugs currently targeting the same endpoint with pretty much the exact same MOA, and these could very quickly eat in to crenezumab’s potential.

In short, one to watch, but keep the limitations in mind.