Here is What Hedge Funds Think About Hubbell Incorporated (HUBB)

Investing in small cap stocks has historically been a way to outperform the market, as small cap companies typically grow faster on average than the blue chips. That outperformance comes with a price, however, as there are occasional periods of higher volatility and underperformance. The time period between the end of June 2015 and the end of June 2016 was one of those periods, as the Russell 2000 ETF (IWM) has underperformed the larger S&P 500 ETF (SPY) by more than 10 percentage points. Given that the funds we track tend to have a disproportionate amount of their portfolios in smaller cap stocks, they have been underperforming the large-cap indices. However, things have dramatically changed over the last 5 months. Small-cap stocks reversed their misfortune and beat the large cap indices by almost 11 percentage points since the end of June. In this article, we use our extensive database of hedge fund holdings to find out what the smart money thinks of Hubbell Incorporated (NYSE:HUBB).

Is Hubbell Incorporated (NYSE:HUBB) a safe investment today? Investors who are in the know seem to be getting less optimistic. The number of bullish hedge fund positions disclosed by funds tracked by us retreated by six last quarter. At the end of this article we will also compare HUBB to other stocks including EnLink Midstream Partners LP (NYSE:ENLK), KAR Auction Services Inc (NYSE:KAR), and Arista Networks Inc (NYSE:ANET) to get a better sense of its popularity. 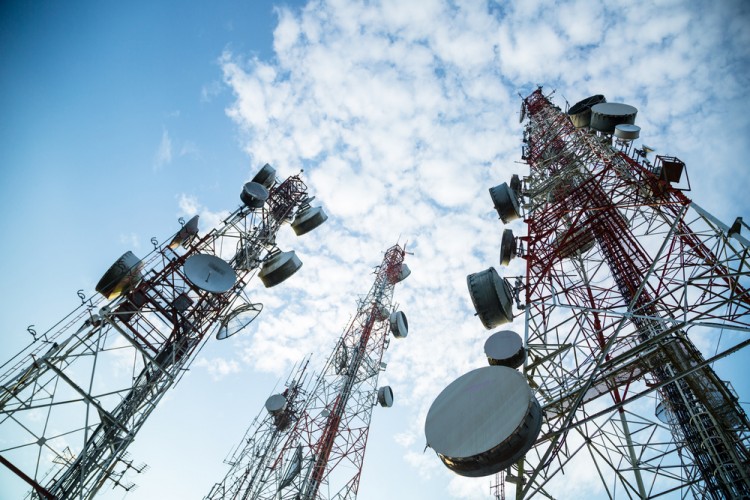 What have hedge funds been doing with Hubbell Incorporated (NYSE:HUBB)?

At the end of September, 16 funds tracked by Insider Monkey were long Hubbell Incorporated, down by 27% from the previous quarter. The graph below displays the number of hedge funds with bullish position in HUBB over the last five quarters. With hedge funds’ positions undergoing their usual ebb and flow, there exists a few key hedge fund managers who were upping their stakes considerably (or already accumulated large positions). 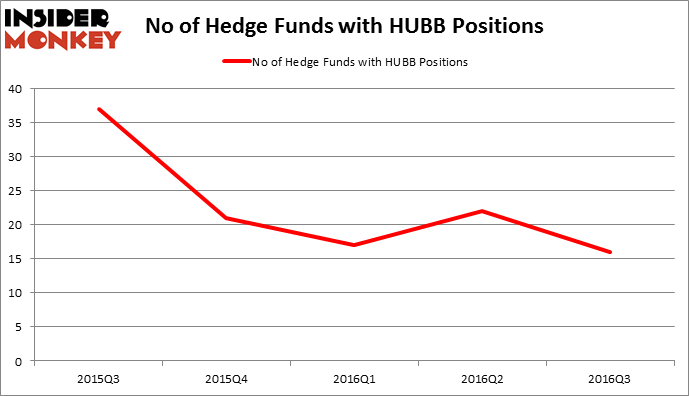 According to publicly available hedge fund and institutional investor holdings data compiled by Insider Monkey, Royce & Associates, led by Chuck Royce, holds the largest position in Hubbell Incorporated (NYSE:HUBB). Royce & Associates has a $105.7 million position in the stock, comprising 0.7% of its 13F portfolio. Coming in second is Adage Capital Management, led by Phill Gross and Robert Atchinson, which holds a $58.9 million position; the fund has 0.2% of its 13F portfolio invested in the stock. Other hedge funds and institutional investors that hold long positions comprise Ken Griffin’s Citadel Investment Group, David E. Shaw’s D E Shaw and Jim Simons’s Renaissance Technologies. We should note that none of these hedge funds are among our list of the 100 best performing hedge funds which is based on the performance of their 13F long positions in non-microcap stocks.

How BOK Financial Corporation (BOKF) Stacks Up Against Its Peers
Monthly Newsletter Strategy
Download a free copy of our newsletter and see the details inside!
Hedge Fund Resource Center
Related News
11 Best Science YouTube Channels To Watch 10 Most Famous Cubist Paintings 5 Countries That Have the Most Drones
Billionaire Hedge Funds