Here Are Two Dates To Watch In Biotech This October

We’ll start things off with Obalon.

As readers have probably guessed by its lack of a ticker, Obalon is not yet publicly traded. However, the company expects to undertake an initial public offering (IPO) on 6 October (assuming all goes smoothly) and is targeting a raise of $75 million to help fund its weight loss program. If all goes to plan, and at the midpoint of the proposed range, the company would have a fully diluted market capitalization of $267 million and, after the raise, it expects, will hold enough cash on hand to fund operations for the next 24 months 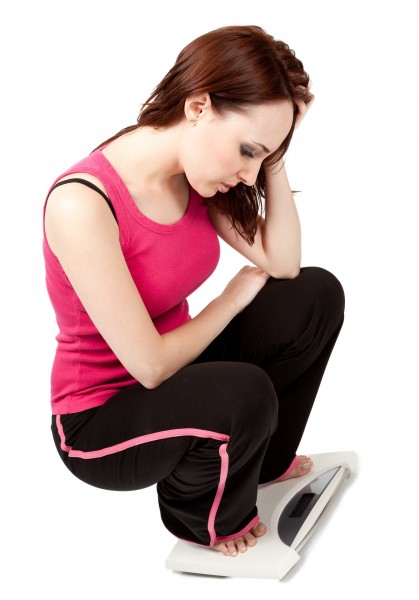 The treatment that the company is pioneering is pretty simple, but also pretty interesting. It is targeting minimally invasive outpatient weight loss, a market worth more than $1.5 billion in the US, with a system called the EZ Fill Stomach Balloon.

The mechanism of action here is exactly as the name suggests. A patient swallows a small capsule, which when it reaches the stomach is inflated into a balloon. This reduces the available space in the stomach, and acts in the same way a traditional invasive gastric balloon might – it makes the patient feel fuller, quicker.

Most patients will return for two more treatments over the  three months subsequent to first administration, and once the desired weight loss is achieved, the balloons are removed, again through a minimally invasive, outpatient process.

The technology and the process is already approved in the US and Europe, and so the majority of the capital raised will go towards a marketing campaign for the product. We see this as a pretty smart approach. Often companies of this size will go public earlier and rely on shareholder capital to fund trials. Obalon already funded its own trials (by way of private, institutional investment) and as such, public shareholders are now speculating on the success of a marketing strategy, as opposed to a marketing application.

This one is a data-driven catalyst, with the company expecting to put out data from a phase 2 trial near term, investigating a treatment called AeroSurf. The target application for the treatment is a condition called respiratory distress syndrome (RDS), which is especially prevalent in babies. The current SOC is a surfactant, and Windtree’s active ingredient for this target is also a surfactant, but currently administration requires intubation or mechanical ventilation.

Both of these methods, especially when associated with babies, are dangerous, and can have serious unwanted medical implications in a patient. Windtree’s Aerosurf, which is more of a medical device than a new treatment, is basically a hose through which the surfactant is released into a patients breathing space, with the active ingredient administered to an effective level, without having to intubate and deliver it directly into the lungs.

Through this method of administration, Windtree Therapeutics Inc (NASDAQ:WINT) is attempting to reduce the risks associated with treatment, while maintaining the efficacy of a surfactant in this target indication. It seems simple, but it’s very much not, and positive data is far from guaranteed. Add to this that the current SOC is very well established (even with the safety issues) and the company has all the more work to do going forward.

So what’s the catalyst? Well, the company expects to put out phase 2 data, and we are quoting here, at the end of Q3 or early Q4. We are now into Q4, so the release is likely just around the corner.

Positive data has a 10-20% potential upside for the company.

Why Darden Restaurants, Kinder Morgan, and Three Other Stocks Are Trending...

Why Facebook, Netflix, and Three Other Stocks Are in Spotlight Today