Is Target Corporation (NYSE:TGT) a healthy stock for your portfolio? Money managers are in a bearish mood. The number of long hedge fund positions were trimmed by 6 in recent months.

According to most shareholders, hedge funds are viewed as slow, old investment vehicles of yesteryear. While there are over 8000 funds in operation at the moment, we at Insider Monkey choose to focus on the elite of this club, around 450 funds. It is widely believed that this group has its hands on most of the hedge fund industry’s total capital, and by keeping an eye on their top equity investments, we have identified a number of investment strategies that have historically outstripped the market. Our small-cap hedge fund strategy outpaced the S&P 500 index by 18 percentage points per year for a decade in our back tests, and since we’ve began to sharing our picks with our subscribers at the end of August 2012, we have trumped the S&P 500 index by 25 percentage points in 6.5 month (check out a sample of our picks).

Equally as beneficial, positive insider trading activity is another way to break down the marketplace. There are many incentives for an upper level exec to sell shares of his or her company, but just one, very obvious reason why they would initiate a purchase. Various empirical studies have demonstrated the market-beating potential of this tactic if “monkeys” know what to do (learn more here).

With all of this in mind, it’s important to take a peek at the recent action encompassing Target Corporation (NYSE:TGT).

At year’s end, a total of 35 of the hedge funds we track held long positions in this stock, a change of -15% from the previous quarter. With hedge funds’ positions undergoing their usual ebb and flow, there exists an “upper tier” of key hedge fund managers who were boosting their holdings significantly.

Of the funds we track, John A. Levin’s Levin Capital Strategies had the biggest position in Target Corporation (NYSE:TGT), worth close to $99 million, comprising 2% of its total 13F portfolio. The second largest stake is held by David Costen Haley of HBK Investments, with a $59 million position; 1% of its 13F portfolio is allocated to the stock. Other hedge funds that hold long positions include Phill Gross and Robert Atchinson’s Adage Capital Management, Wallace Weitz’s Wallace R. Weitz & Co. and Israel Englander’s Millennium Management.

Seeing as Target Corporation (NYSE:TGT) has witnessed a declination in interest from hedge fund managers, it’s safe to say that there was a specific group of hedge funds who sold off their full holdings in Q4. Interestingly, Stanley Druckenmiller’s Duquesne Capital sold off the biggest stake of all the hedgies we monitor, totaling an estimated $77 million in stock.. George Soros’s fund, Soros Fund Management, also sold off its stock, about $72 million worth. These moves are interesting, as total hedge fund interest dropped by 6 funds in Q4.

What do corporate executives and insiders think about Target Corporation (NYSE:TGT)?

Insider trading activity, especially when it’s bullish, is most useful when the primary stock in question has seen transactions within the past 180 days. Over the last six-month time frame, Target Corporation (NYSE:TGT) has seen zero unique insiders purchasing, and 6 insider sales (see the details of insider trades here).

With the returns shown by the aforementioned tactics, retail investors should always watch hedge fund and insider trading activity, and Target Corporation (NYSE:TGT) shareholders fit into this picture quite nicely. 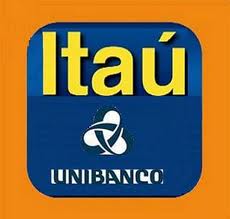 Exelis Inc (NYSE:XLS): Insiders Are Buying, Should You?
Monthly Newsletter Strategy
Download a free copy of our newsletter and see the details inside!
Hedge Fund Resource Center
Billionaire Hedge Funds