Investing in small cap stocks has historically been a way to outperform the market, as small cap companies typically grow faster on average than the blue chips. That outperformance comes with a price, however, as there are occasional periods of higher volatility and underperformance. The time period between the end of June 2015 and the end of June 2016 was one of those periods, as the Russell 2000 ETF (IWM) has underperformed the larger S&P 500 ETF (SPY) by more than 10 percentage points. Given that the funds we track tend to have a disproportionate amount of their portfolios in smaller cap stocks, they have been underperforming the large-cap indices. However, things have dramatically changed over the last 5 months. Small-cap stocks reversed their misfortune and beat the large cap indices by almost 11 percentage points since the end of June. In this article, we use our extensive database of hedge fund holdings to find out what the smart money thinks of AutoNation, Inc. (NYSE:AN).

AutoNation, Inc. (NYSE:AN) investors should be aware of a decrease in hedge fund sentiment of late. The level and the change in hedge fund popularity aren’t the only variables you need to analyze to decipher hedge funds’ perspectives. A stock may witness a boost in popularity but it may still be less popular than similarly priced stocks. That’s why at the end of this article we will examine companies such as Acadia Healthcare Company Inc (NASDAQ:ACHC), National Fuel Gas Co. (NYSE:NFG), and Dolby Laboratories, Inc. (NYSE:DLB) to gather more data points. 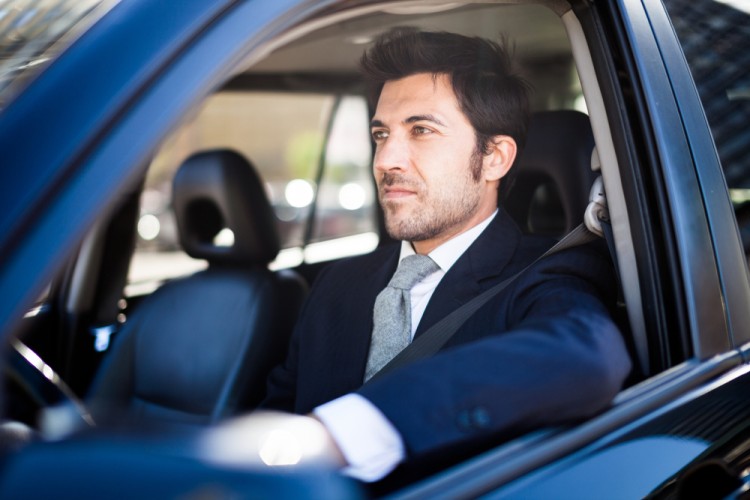 At the end of the third quarter, a total of 25 of the hedge funds tracked by Insider Monkey were long this stock, 11% down from one quarter earlier. With hedge funds’ positions undergoing their usual ebb and flow, there exists a select group of key hedge fund managers who were upping their holdings meaningfully (or already accumulated large positions). 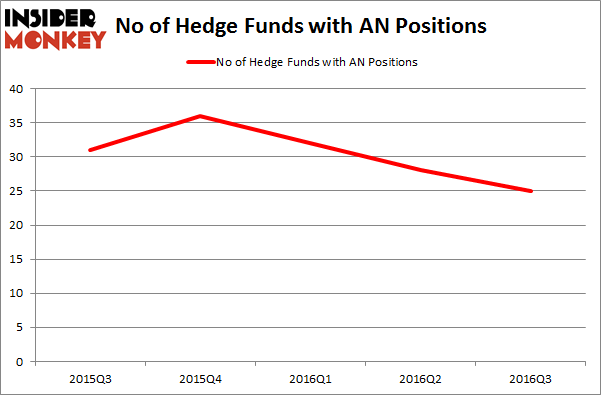 According to publicly available hedge fund and institutional investor holdings data compiled by Insider Monkey, Edward Lampert’s ESL Investments has the largest position in AutoNation, Inc. (NYSE:AN), worth close to $296.8 million and accounting for 33.7% of its total 13F portfolio. The second largest stake is held by Ricky Sandler of Eminence Capital, with a $164.1 million position; 2.7% of its 13F portfolio is allocated to the company. Remaining members of the smart money that are bullish include Richard Chilton’s Chilton Investment Company, Murray Stahl’s Horizon Asset Management and Michael Larson’s Bill & Melinda Gates Foundation Trust.

Judging by the fact that AutoNation, Inc. (NYSE:AN) has witnessed bearish sentiment from the smart money, we can see that there exists a select few hedgies who sold off their full holdings heading into Q4. At the top of the heap, Barry Rosenstein’s JANA Partners sold off the largest stake of the “upper crust” of funds monitored by Insider Monkey, comprising close to $143.1 million in stock. Paul Marshall and Ian Wace’s fund, Marshall Wace LLP, also dropped its stock, about $10.7 million worth of AutoNation shares. These transactions are interesting, as aggregate hedge fund interest fell by 3 funds heading into Q4.

As you can see these stocks had an average of 26 hedge funds with bullish positions and the average amount invested in these stocks was $736 million. That figure was $1.17 billion in AN’s case. Allison Transmission Holdings Inc (NYSE:ALSN) is the most popular stock in this table. On the other hand National Fuel Gas Co. (NYSE:NFG) is the least popular one with only 21 bullish hedge fund positions. AutoNation, Inc. (NYSE:AN) is not the least popular stock in this group but hedge fund interest is still below average. This is a slightly negative signal and we’d rather spend our time researching stocks that hedge funds are piling on. In this regard ALSN might be a better candidate to consider a long position.