It seems that the masses and most of the financial media hate hedge funds and what they do, but why is this hatred of hedge funds so prominent? At the end of the day, these asset management firms do not gamble the hard-earned money of the people who are on the edge of poverty. Truth be told, most hedge fund managers and other smaller players within this industry are very smart and skilled investors. Of course, they may also make wrong bets in some instances, but no one knows what the future holds and how market participants will react to the bountiful news that floods in each day. The S&P 500 Index gained 7.6% in the 12 month-period that ended November 21, while less than 49% of its stocks beat the benchmark. In contrast, the 30 most popular mid-cap stocks among the top hedge fund investors tracked by the Insider Monkey team returned 18% over the same period, which provides evidence that these money managers do have great stock picking abilities. That’s why we believe it isn’t a waste of time to check out hedge fund sentiment before you invest in a stock like Trina Solar Limited (ADR) (NYSE:TSL) .

Trina Solar Limited (ADR) (NYSE:TSL) has experienced an increase in support from the world’s most successful money managers of late. 18 hedge funds owned the stock on September 30. There were 15 hedge funds in our database with TSL positions at the end of the previous quarter. The level and the change in hedge fund popularity aren’t the only variables you need to analyze to decipher hedge funds’ perspectives. A stock may witness a boost in popularity but it may still be less popular than similarly priced stocks. That’s why at the end of this article we will examine companies such as Eldorado Resorts Inc (NASDAQ:ERI), The Gorman-Rupp Company (NYSEAMEX:GRC), and PHH Corporation (NYSE:PHH) to gather more data points. 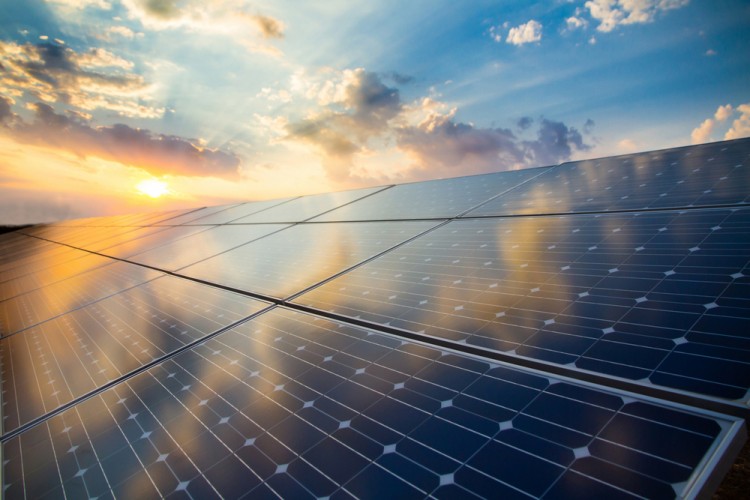 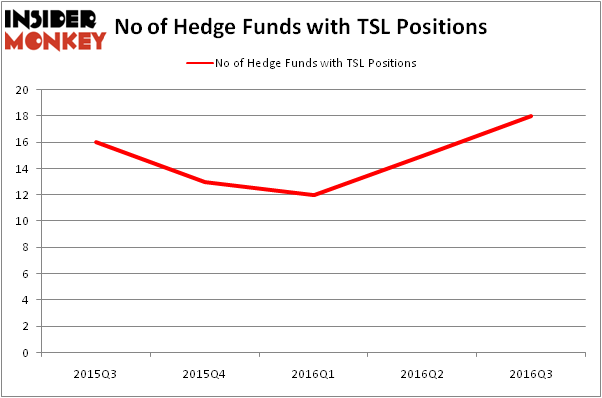 According to publicly available hedge fund and institutional investor holdings data compiled by Insider Monkey, Kerr Neilson’s Platinum Asset Management has the number one position in Trina Solar Limited (ADR) (NYSE:TSL), worth close to $56.5 million, corresponding to 1.3% of its total 13F portfolio. Sitting at the No. 2 spot is Ian Simm of Impax Asset Management, with a $30.4 million position; the fund has 1.4% of its 13F portfolio invested in the stock. Other members of the smart money that hold long positions comprise Robert Emil Zoellner’s Alpine Associates, Howard Marks’ Oaktree Capital Management, and Kenneth Tropin’s Graham Capital Management. We should note that Impax Asset Management is among our list of the 100 best performing hedge funds which is based on the performance of their 13F long positions in non-microcap stocks.

Bonus Biotech Stock Pick: You can also find a detailed bonus biotech stock pick that we expect to return more than 50% within 12 months.
We may use your email to send marketing emails about our services. Click here to read our privacy policy.
Related Insider Monkey Articles
Should You Buy BJ’s Restaurants, Inc. (BJRI)?