To the average investor, there are dozens of methods market participants can use to monitor their holdings. A duo of the most underrated are hedge fund and insider trading sentiment. At Insider Monkey, our studies have shown that, historically, those who follow the best picks of the top hedge fund managers can outclass the S&P 500 by a superb margin (see just how much).

Just as integral, optimistic insider trading sentiment is a second way to parse down the marketplace. There are lots of reasons for an executive to downsize shares of his or her company, but only one, very obvious reason why they would initiate a purchase. Several empirical studies have demonstrated the useful potential of this method if “monkeys” know what to do (learn more here).

With all of this in mind, we’re going to take a peek at the key action regarding Luxottica Group SpA (ADR) (NYSE:LUX).

In preparation for this quarter, a total of 5 of the hedge funds we track were long in this stock, a change of -29% from the first quarter. With the smart money’s sentiment swirling, there exists an “upper tier” of key hedge fund managers who were boosting their stakes substantially.

According to our comprehensive database, Ken Fisher’s Fisher Asset Management had the biggest position in Luxottica Group SpA (ADR) (NYSE:LUX), worth close to $67 million, accounting for 0.2% of its total 13F portfolio. Coming in second is Arrowstreet Capital, managed by Peter Rathjens, Bruce Clarke and John Campbell, which held a $16.1 million position; 0.1% of its 13F portfolio is allocated to the company. Remaining peers with similar optimism include Matthew Hulsizer’s PEAK6 Capital Management, Robert B. Gillam’s McKinley Capital Management and Tom Russo’s Gardner Russo & Gardner.

Since Luxottica Group SpA (ADR) (NYSE:LUX) has witnessed declining sentiment from hedge fund managers, it’s easy to see that there was a specific group of funds that slashed their entire stakes at the end of the first quarter. Intriguingly, Steven Cohen’s SAC Capital Advisors sold off the largest position of the “upper crust” of funds we key on, worth an estimated $0.8 million in stock., and Matthew Hulsizer of PEAK6 Capital Management was right behind this move, as the fund dumped about $0.4 million worth. These bearish behaviors are intriguing to say the least, as total hedge fund interest was cut by 2 funds at the end of the first quarter.

Bullish insider trading is at its handiest when the company in question has experienced transactions within the past 180 days. Over the last 180-day time frame, Luxottica Group SpA (ADR) (NYSE:LUX) has experienced zero unique insiders purchasing, and zero insider sales (see the details of insider trades here).

With the returns demonstrated by Insider Monkey’s strategies, retail investors must always keep an eye on hedge fund and insider trading activity, and Luxottica Group SpA (ADR) (NYSE:LUX) is an important part of this process. 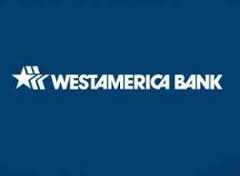