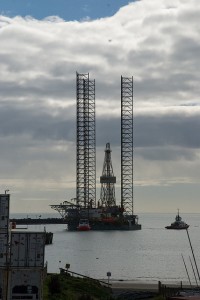 In the financial world, there are dozens of indicators market participants can use to watch Mr. Market. A duo of the most underrated are hedge fund and insider trading activity. At Insider Monkey, our research analyses have shown that, historically, those who follow the best picks of the best fund managers can outclass the market by a very impressive margin (see just how much).

Equally as key, positive insider trading activity is a second way to break down the marketplace. There are a number of stimuli for an upper level exec to drop shares of his or her company, but only one, very simple reason why they would buy. Various empirical studies have demonstrated the useful potential of this method if shareholders understand what to do (learn more here).

At the end of the fourth quarter, a total of 4 of the hedge funds we track were bullish in this stock, a change of -33% from the previous quarter. With the smart money’s sentiment swirling, there exists a few noteworthy hedge fund managers who were upping their stakes considerably.

Of the funds we track, Renaissance Technologies, managed by Jim Simons, holds the most valuable position in BP Prudhoe Bay Royalty Trust (NYSE:BPT). Renaissance Technologies has a $13.3 million position in the stock, comprising less than 0.1%% of its 13F portfolio. The second largest stake is held by Two Sigma Advisors, managed by John Overdeck and David Siegel, which held a $5.4 million position; 0.1% of its 13F portfolio is allocated to the stock. Remaining hedge funds with similar optimism include Ken Griffin’s Citadel Investment Group, Israel Englander’s Millennium Management and Ken Griffin’s Citadel Investment Group.

Due to the fact that BP Prudhoe Bay Royalty Trust (NYSE:BPT) has witnessed declining sentiment from the smart money, logic holds that there is a sect of money managers who sold off their full holdings at the end of the year. Intriguingly, John A. Levin’s Levin Capital Strategies dropped the biggest investment of the 450+ funds we monitor, comprising close to $1.4 million in stock., and Louis Navellier of Navellier & Associates was right behind this move, as the fund said goodbye to about $0.5 million worth. These bearish behaviors are intriguing to say the least, as total hedge fund interest dropped by 2 funds at the end of the year.

Insider buying is most useful when the primary stock in question has seen transactions within the past six months. Over the latest six-month time period, BP Prudhoe Bay Royalty Trust (NYSE:BPT) has seen zero unique insiders purchasing, and zero insider sales (see the details of insider trades here).

Let’s go over hedge fund and insider activity in other stocks similar to BP Prudhoe Bay Royalty Trust (NYSE:BPT). These stocks are Delek US Holdings, Inc. (NYSE:DK), Eagle Rock Energy Partners, L.P. (NASDAQ:EROC), and Alon USA Partners LP (NYSE:ALDW). All of these stocks are in the oil & gas refining & marketing industry and their market caps are closest to BPT’s market cap.

With the results demonstrated by our strategies, retail investors should always pay attention to hedge fund and insider trading activity, and BP Prudhoe Bay Royalty Trust (NYSE:BPT) is an important part of this process.