Hedge Funds Are Buying Up UCP Inc (UCP) On Weakness, Is Now The Time To Buy?

In a new filing with the U.S. Securities and Exchange Commission, David Keidan’s Buckingham Capital Management disclosed increasing its stake in UCP Inc (NYSE:UCP). According to the filing, Buckingham Capital acquired 80,000 shares of UCP Inc (NYSE:UCP) at $7.22 per share for an aggregate price of $577,600, bringing its ownership up to 1.03 million shares, a greater than 15% stake in the homebuilder and land developer, which has a market cap of $57.35 million. 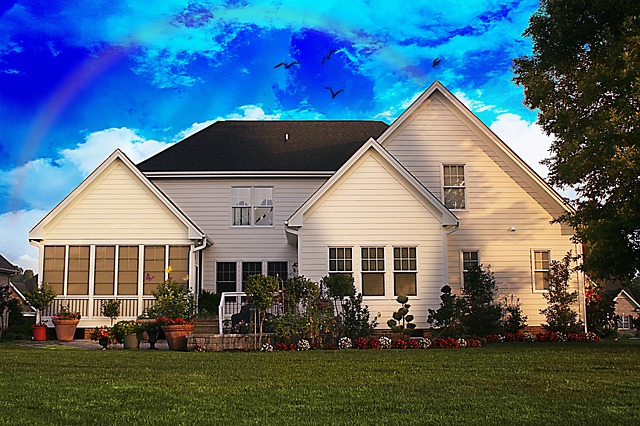 In addition to tracking the latest moves of hedge funds, we also focus on their 13F filings to determine the top 15 small-cap stocks. We gather and share this information based on 16 years of research which showed that these 15 most popular small-cap picks have a great potential to outperform the market, beating the S&P 500 Total Return Index by nearly one percentage point per month in backtests, and easily beating the most popular large-cap picks of funds, which nonetheless get the majority of their collective capital. Why pay fees to invest in both the best and worst ideas of a particular hedge fund when you can simply mimic only the very best ideas of the best fund managers on your own? Since the beginning of forward testing in August 2012, the Insider Monkey small-cap strategy has outperformed the market every year, returning 142%, nearly 2.5 times greater returns than the S&P 500 during the same period (see more details).

Before moving on to Buckingham Capital Management’s top holdings, we’ll first take a look at UCP Inc (NYSE:UCP), a California-based company engaged in the design and development of sustainable single-family homes. UCP Inc (NYSE:UCP) showed good performance during the first quarter, with its net loss decreasing to $1.8 million, versus a loss of $2.5 million in the same quarter last year. The company’s consolidated revenue jumped to $43.5 million, a 69.9% increase year-over-year. On the other hand, UCP Inc (NYSE:UCP)’s stock performance has not been remarkable, with the company’s shares declining 28.31% year-to-date (YTD). Another investor bullish on UCP Inc (NYSE:UCP) is Kelly Cardwell’s Central Square Management, which revealed in a filing with the SEC on June 12 that it also upped its position in UCP Inc (NYSE:UCP), to 409,139 Class A shares from 254,118 shares held by the fund as of March 31.

The second top holding in Buckingham Capital Management’s portfolio is a stake in SUPERVALU INC. (NYSE:SVU), in which the fund inched up its position to 2.69 million shares worth $31.33 million. SUPERVALU INC. (NYSE:SVU) is a grocery wholesaler and retailer in the United States with a market cap of $2.23 billion. For the fourth quarter of fiscal 2015 which ended on February 20, 2015, the company, which has annual sales of about $18 billion, reported earnings from continuing operations of $66 million, up from $42 million in the same quarter of 2014. Its sales jumped by 10.4% to $4.36 billion, versus $3.95 billion last year. Despite solid financial results, SUPERVALU INC. (NYSE:SVU)’s stock dropped by 13.19% year-to-date (YTD). Another large shareholder of the company is Barry Rosenstein’s JANA Partners, which held 12.36 million shares as of March 31.

Lastly is Foot Locker Inc. (NYSE:FL), an $8.79-billion market cap specialty athletic retailer. The company operates over 3,000 stores in 23 countries in North America, Europe, Australia, and New Zealand. During the first quarter, Buckingham Capital Management cut its position in the company by 21% to 486,835 shares, valued at $30.7 million. For its fiscal first quarter ended May 2, Foot Locker Inc. (NYSE:FL) posted net income of $184 million, or $1.29 per share, up from net income of $162 million, or $1.10 per share, in the same period last year. Sales for the quarter rose by 2.6% to $1.92 billion, compared to the same prior-year period. Shares of the company have risen by 27.79% during the past year. Another investor that sees value in Foot Locker Inc. (NYSE:FL) is Cliff Asness’ AQR Capital Management, which holds 2.16 million shares as of the end of the first quarter.