Published on September 14, 2015 at 2:29 pm by Alexandr Oleinic in Market Movers,News

The markets opened lower on Monday, with investors still spooked over a slowdown of the Chinese economy and everybody looking forward to the Fed’s meeting on interest rates later this week. However, there are several stocks that have been trending but also have made significant moves in the intraday trading. We have identified three stocks, which slid today and in this article we will take a closer look at whether or not these stocks are worth buying on the dip, by taking a look at what hedge funds have to say about them. 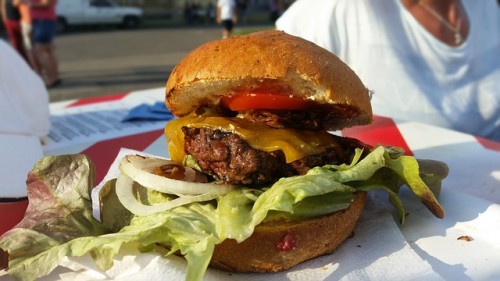 Probably owing to their small size, the three stocks that we will discuss later aren’t that popular among hedge funds. We think that the popularity of a company among the smart money investors is an important metric, because they have to meticulously research every company they invest in and even though, as a group, their returns have been lagging behind the market’s lately, their long positions performed far better. Our small-cap strategy, which involves imitating a portfolio of 15 most popular small-cap ideas among a pool of some 730 hedge funds, has returned 118% in the last three years, outperforming the S&P 500 ETF (SPY) by more than 60 percentage points (read more details here).

The first company that we will take a look at is Timkensteel Corp (NYSE:TMST), which declined the most among the three companies we identified, but is also the most popular among the investors from our database. The stock slid by around 18%, on a trading volume of roughly three times above average. The loss succeeded the fall in extended trading hours on Friday and came on the back of the company lowering its guidance for the third quarter of 2015, which included a negative EBITDA between $30 and $40 million. The updated outlook was impacted by a steeper-than-anticipated drop in industrial demand on the back of lower commodity prices.

Nevertheless, among the investors from our database, 13 held long positions in Timkensteel Corp (NYSE:TMST) at the end of June, with a total value of $103.62 million, which represented 8.60% of the company. A quarter earlier, 17 funds held $98.15 million worth of stock. Moreover, the largest shareholder in Timkensteel Corp (NYSE:TMST), according to our records, is Jamie Zimmerman’s Litespeed Management, which initiated a new stake containing 779,300 shares during the second quarter. On the second spot is billionaire David E. Shaw’s D.E. Shaw, which inched up its position by 15% to 694,500 shares.