We have been going through 13F filings from hedge funds and other notable investors in pursuit of profitable investment strategies and how to apply them. For example, we have found that the most popular small cap stocks among hedge funds produce an excess return of 18 percentage points per year (read more about our small cap strategy). It can also be useful to see what individual hedge fund managers’ top picks are- while blindly following them isn’t a good idea, investors may be inspired to do more research on interesting companies or industries they discover from the 13F. Here are the five largest holdings by market value that Barry Rosenstein’s JANA Partners reported owning at the end of December (or see the full list of JANA’s stock picks):

JANA has been agitating for Agrium Inc. (NYSE:AGU), a wholesaler and retailer of agricultural products, to split those two businesses; this activism has required it to buy over 9 million shares of the stock in the last nine months or so, making it by far the fund’s largest position. Agrium has resisted Rosenstein’s moves ahead of an upcoming shareholder meeting. The stock trades at 11 times trailing earnings, which is actually not a bad multiple as is, and revenue has been up slightly. Billionaire and fellow activist Dan Loeb’s Third Point initiated a position of 1 million shares in the fourth quarter of 2012 (find Loeb’s favorite stocks). 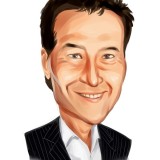 Rosenstein and his team moved heavily into QEP Resources Inc (NYSE:QEP), a $5.3 billion market cap oil and gas exploration and production company, with the filing reporting a position of 8.8 million shares. Business has not been good recently- revenue was down 17% in the fourth quarter of 2012 versus a year earlier- but both the market and the sell-side expect performance to improve, potentially including as prices adjust. The trailing and forward P/Es are 41 and 16, respectively. Kensico Capital, managed by Michael Lowenstein, was also buying the stock in the fourth quarter of 2012.

The fund initiated a position of 6.1 million shares in Copart, Inc. (NASDAQ:CPRT) last quarter. Copart is an online vehicle auction service with a market capitalization of $4.3 billion. Chuck Royce’s Royce & Associates was another major holder of the stock at the beginning of January (research more stocks Royce owns). Sales were up 17% last quarter compared to the fourth quarter of 2011, though shrinking margins caused a decline in earnings. In addition, the stock is priced for future growth at 19 times consensus earnings for the fiscal year ending in July 2014.

Coca-Cola Enterprises Inc (NYSE:CCE) was another of Rosenstein’s top picks with the 13F filing disclosing ownership of 5.2 million shares. This was up 10% from three months earlier. The European bottler and distributor of Coca-Cola products suffered a 12% fall in net income in its most recent quarter compared to the same period in the previous year, and the earnings multiples are above pure value levels so there may be better ways to invest in a European recovery. Oz Management owned 3.2 million shares at the end of December; that fund is managed by Daniel Och (see more stocks Och likes).

JANA’s fifth largest holding by market value was its 2.1 million shares of Liberty Interactive (NASDAQ:LINTA). SAC Capital Advisors, a large hedge fund managed by billionaire Steve Cohen, was also buying shares of Liberty in the fourth quarter of 2012 (check out more stocks SAC was buying). The company engages in televised shopping programs and e-commerce. At a market capitalization of a little over $11 billion, Liberty Interactive is valued at 20 times its trailing earnings and 15 times expectations for the current year.