Daniel Loeb’s Yacht Damages Belize Coral Reef (Bloomberg)
A luxury yacht owned by hedge fund manager Daniel Loeb damaged a pristine reef atoll in Belize near the famous Great Blue Hole, a popular diving site. The 200-foot (61 meter) Samadhi, owned by Third Point founder Loeb, was filmed last Sunday anchored at Belize’s Lighthouse Reef Atoll. A spokesperson said Loeb was not in the vessel at the time. The Financial Times first reported the incident and said there would be an official investigation. A spokesperson for Belize’s Department of the Environment told the FT that the vessel had damaged the area.

The Little-Known Activist That’s on a Roll (Institutional Investor)
P2 Capital Partners has been one of the better performing hedge funds in recent years. A little-known but top performing activist hedge fund has lately been raising its profile with a string of new campaigns. P2 Capital Partners disclosed on January 27 in an initial 13D filing that it owns 5.9 percent of Cott Corporation, which provides water, coffee, tea, and filtration services to offices and…

Activist Hedge Fund Kerrisdale Betting Match.com’s Stock Will Fall (The New York Times)
BOSTON – Activist investor Sahm Adrangi‘s Kerrisdale Capital hedge fund is taking aim at Match Group Inc, arguing that the company behind dating sites Match.com and Tinder will see its shares drop as it faces threats of increased governmental regulation. “The thrill of the unexpected should be confined to going on a new date, not investing in the company that helped you find it,” Adrangi told Reuters in an interview. “We are short Match Group and think the stock price is worth less.” He declined to say where he thinks the stock, which closed trading at $75.58 on Wednesday, should be trading. Congress is investigating the safety of online dating apps amid complaints of underage use and the Federal Trade Commission sued Match Group last year over alleged “deceptive or unfair practices” used to get people to subscribe to the site. 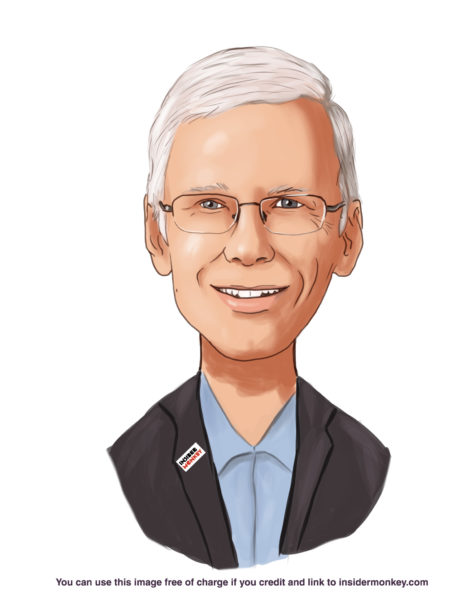 Hedge Funds Staying Negative on European Airline Stocks (Hedge Week)
Hedge funds are continuing to bet against Europe’s travel industry, with several brand-name managers growing their shorts in travel staples such as EasyJet and TUI, amid concerns the fallout from the coronavirus (Covid-19) outbreak could impact the continent’s tourism sector. AQR Capital Management, the USD186 billion quantitative hedge fund, and London-based long/short giant Marshall Wace, were among those holding bets against TUI in the past month, according to regulatory disclosures.

McClatchy Files for Bankruptcy With Hedge Fund to Take Over (2) (Bloomberg)
McClatchy Co., the publisher of newspapers including the Miami Herald, Charlotte Observer and Kansas City Star, filed for bankruptcy after spending months working to restructure its debt and pension obligations. Chatham Asset Management, a hedge fund that has been a lender and shareholder to McClatchy, would become the company’s majority owner, according to an internal memo reviewed by Bloomberg News.

London Hedge Funds’ Websites Cloned as Scammers Grow Bolder and More Ubiquitous (Reuters)
LONDON (Reuters) – Some of London’s top hedge funds and asset managers are among those that have been targeted by rogue internet operators who clone their names and websites in an attempt to part unsuspecting investors from their cash. The high number of warnings from leading regulator the FCA – roughly one a day so far this year – underscores the concern in the sector over sham internet sites. Although few individuals are known to have fallen for the fakes so far, Winton and Algebris, backed by two of Europe’s most prominent investors and targeted in recent weeks, are among the highest profile names to be hit as the scammers grow bolder.

Creating Value in Infrastructure (Preqin.com)
What role does private capital have in reducing the funding gap in European infrastructure? It is estimated that Europe needs to invest about €270bn a year between now and 2030 to build new infrastructure and to maintain the existing network. A significant amount of this investment requirement is expected to be funded by private investment, which will play a vital role in driving economic growth and global competitiveness. How is competition for deals driving changes in the market, and has it altered your investment approach? The market has certainly evolved as a result of growing competition, and what you see now is even more variety in investment strategies as a result. There’s differentiation by geography, sector and risk/return appetite, with strategies such as core, core-plus, super core, and value add to address specific segments in the marketplace. That kind of specialization reflects, to a certain extent, the challenge of demand for assets vs. supply.

Hedge Funds Getting Addicted To Altria Despite Bears’ Warnings