Apple Inc. (NASDAQ:AAPL) investors are now quite accustomed to focusing on the importance of the Chinese market, which is currently the second-largest geographical segment for the Mac maker behind its domestic U.S. turf. However, in recent months that attention has been shifting south towards a new potential growth frontier waiting to be tapped: India.

Last October, Apple Inc. (NASDAQ:AAPL) significantly expanded its distribution strategy to broaden its reach. In February, there were reports detailing the company’s massive overhaul of its Indian operations, growing its local workforce and offering payment plans to make devices more affordable, among other changes. Early signs are that the overhaul is working with iPhone sales on the rise and Apple becoming the No. 2 smartphone vendor by revenue. 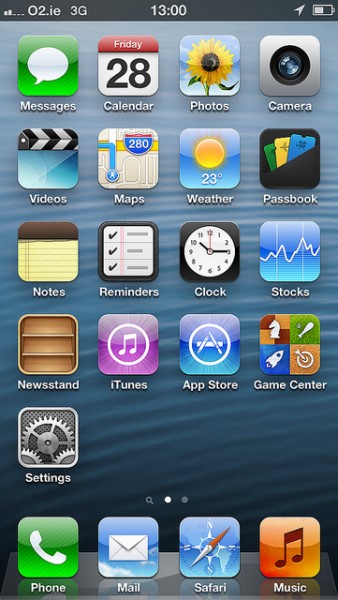 What’s the latest development for Apple on the Indian front?

More stores galore
A new report from The Economic Times details how Apple is scaling up its presence in India and hopes to triple the number of exclusive stores that sell Apple gear by 2015 to more than 200. That’s up from roughly 65 exclusive Apple stores in India today. Those stores aren’t owned and operated directly by Apple Inc. (NASDAQ:AAPL), but instead by local franchisees that have committed to help the iPhone maker aggressively grow in India.

In addition to these Apple exclusive stores operated by resellers, the company is also looking to grow its footprint within larger multibrand stores.

A sourcing problem
One of the biggest hurdles for Apple in India has always been local regulation regarding foreign ownership of single-branded retail stores. The country’s Department of Industrial Policy and Promotion, or DIPP, used to limit foreign direct ownership of such stores to 51%. The DIPP changed its stance on this policy way back in January 2012, allowing foreign companies to own up to 100% of single-branded retail stores and potentially paving the way for official Apple stores.

There was a catch, though. Any single-brand retail store that’s owned by a foreign company must have 30% of the goods sold sourced from local vendors, a move by regulators to help boost local commerce. When the change was first made, a DIPP official implied that regulators would be willing to work with Apple, “If they tell us that the 30% sourcing is a problem, at that stage we will look into it.” That was over a year ago, and there haven’t been any reports since to the contrary. The Economic Times still cites the 30% sourcing rule as a continued hurdle for Apple to open its own stores.

Of course, Apple sources most of its components from China, like most consumer electronics companies. Manufacturing and assembly primarily takes place in the Middle Kingdom, further making it unrealistic for Apple to comply with the 30% standard.

The next best thing
Apple still lags smartphone rivals by a long shot in India, thanks in large part to the ubiquity of Google Inc (NASDAQ:GOOG) Android and Samsung. Samsung’s willingness to go low with pricing has given it inroads, while Google Inc (NASDAQ:GOOG) just wants more people connected to the Internet. Google Chairman Eric Schmidt was recently in India discussing how underpenetrated the market is based on almost any metric of connectivity. One of the key aspects of Google’s strategy is actively reducing the cost of devices, which is partially where Samsung comes in — through intense OEM competition.

The lack of carrier subsidies in India also puts the iPhone out of reach, and Apple’s response is to make it more affordable through payment plans instead of reducing the overall cost. Apple Inc. (NASDAQ:AAPL) also recently expanded these payment plan options to the iPad. Since smartphones are sold unsubsidized, Apple now sells them unlocked directly to consumers instead of through carriers, and then consumers can choose whichever carrier they want.