Think of it as the pause that refreshes. The Dow Jones Industrial Average 2 Minute (Dow Jones Indices:.DJI) finally broke its string of consecutive days of posting gains at 10, falling 25 points but still sitting at an elevated 14,514. In two weeks’ time, the index has jumped 460 points, or 3.3%, and it’s up almost 11% so far in 2013.

That’s simply a pace that can’t be maintained without giving something back, and as March has come in like a lion, it wouldn’t be a surprise to see it exit like a lamb. The following three stocks weren’t exactly sheep being led to slaughter, but they fell harder than did the Dow. Still, don’t go running over the cliff with them like a bunch of lemmings just yet: This could just be a temporary situation. Let’s first see whether they had good reason to fall, as panic-fueled routs can sometimes lead to excellent buying opportunities.

That’s nuts
There was nothing pretty about the drop experienced by beauty-products retailer Ulta Salon, despite posting fourth-quarter earnings that beat analyst expectations. As typical with growth stocks, however, if the outlook doesn’t continue that mean streak, the market gives it a smackdown and Ulta offered up guidance for the first quarter that disappointed.

Ulta also suffered an ugly drop last month, when its CEO suddenly jumped ship to join the arts-and-crafts store Michael’s, and coming as it did a few months after the CFO bolted, it was looking as though the C-suite was running for the exits. So an earnings report that didn’t hit on all cylinders of strong revenues, strong earnings, and better guidance, it was doomed to tumble. The old Meat Loaf song “Two Out of Three Ain’t Bad” doesn’t apply when it comes to jittery investors.

Yet Ulta could be a real Cinderella stock here, a scullery maid covered with soot that disguises a beauty queen underneath. In addition to the guidance that came in at the low end of its long-term forecast, some of the ash masking its features include a better than 20% increase in inventories in the quarter and a lot of “investments” in new stores, prestige boutiques, and supply chain and warehouses. Yet it’s because of Ulta’s investment in its future that inventories rose, and while a portion of the increase was making sure it had enough stock on hand for the holiday season (suggesting not as much of it sold as planned), it is still experiencing strong comps (up 8.8%), and analysts maintain their long-term earnings growth projects of around 25%.

It seems the selloff in shares was overdone, and Ulta could become the belle of the ball when it’s all over.

Lights out
Biotech Geron Corporation (NASDAQ:GERN) also posted disappointing results the other day, and even though its losses narrowed, it really is as ugly a stock as it appears. Ugly is as ugly does, and analysts at Stifel Nicholas called it out as if it was stricken with the plague, knocking it all the way down to a sell rating because its clinical study path is “flawed and sluggish.”

Although analysts are often reluctant to issue sell ratings on stocks, though sometimes they do so with a flourish, it might be worthwhile to pay attention to what Stifel is saying here. It’s not some third-party research firm with no connection to the company, but rather was the house Geron Corporation (NASDAQ:GERN) brought in to sell its stem cell research last year, the surprise move that caught everyone unawares. It also rated the company as a buy last summer, based on driving its two cancer therapies to market .

Of course, the clinical trials didn’t pan out the way Geron Corporation (NASDAQ:GERN) anticipated, and while perhaps not failures, they’re hardly looking like blockbusters. So Stifel has some intimate background knowledge of how this company operates and what it might take to get to the finish line. So if even it’s saying investors ought to get out of Dodge quick, it’s probably worth listening to them.

Many times Fools are cautioned to ignore analyst rankings in the buy-hold-sell game, but sometimes it’s an analysis that should be heeded.

Thank you, sir; may I have another?
And where Ulta and Geron Corporation (NASDAQ:GERN) offered something of a mixed bag when it came to their earnings, solid-state-drive maker STEC struck out on all three counts: It missed on revenues, whiffed on earnings, and offered guidance that came in below expectations. One, two, three strikes — you’re out!

Revenues fell 40% to $35 million, well below projections of $38 million, while per-share losses widened even more than what Wall Street was anticipating to $0.35 and much worse than last year’s $0.02 per share loss. Nor did the future look any better. It expects first-quarter revenues to come in at a measly $21 million, causing losses to grow even more to a range of $0.40 to $0.42 per share. Analysts had been slightly more hopeful, predicting revenues of $38 million and losses of “just” $0.31 per share.

STEC, Inc. (NASDAQ:STEC) has been hit with the ugly stick pretty bad and its stock has lost nearly half its value over the past year. Activist investors are agitating for the entire board to be replaced, particularly the company founders. With little hope for regaining traction in the cards, it may be just what’s needed to resurrect this dying company.

The article Only One of These Stocks Won’t Be a Winner originally appeared on Fool.com and is written by Rich Duprey.

Fool contributor Rich Duprey has no position in any stocks mentioned. The Motley Fool recommends and owns shares of Ulta Salon, Cosmetics, & Fragrance. 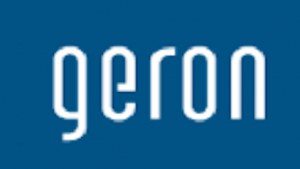 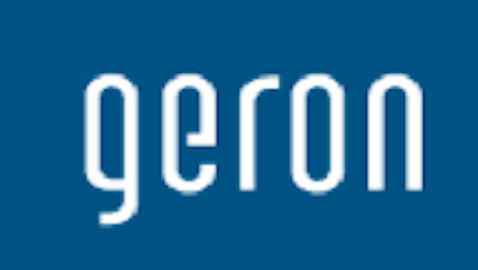