General Mills, Inc. (NYSE:GIS) is one of the leading food producers in the United States with a list of brands that are household names. The company has been one of my favorite “safe” income investments for some time now, and with shares up nearly 20% year-to-date, I feel that now is as good a time as any to re-evaluate. Specifically, what I want to know is should current General Mills, Inc. (NYSE:GIS) shareholders head for the exits with their profits, or are there more gains in store? Let’s take a closer look at the company and a few of the alternatives to see what the best play is.

General Mills, Inc. (NYSE:GIS) is well known for its ready-to-eat breakfast cereals, and also produces a wide variety of other packaged food products. The company’s cereal brands include Cheerios, Wheaties, Lucky Charms, and Trix, just to name a few and their other food brands, include Betty Crocker, Bisquick, Progresso, Pillsbury, and many others.

The company’s sales are about $17 billion annually, mostly to grocery store chains. While not generally viewed as a growth stock, there is still significant room for expansion through both international growth and strategic acquisitions. As far as international sales growth is concerned, there is lots of room for expansion, particularly in emerging markets, as General Mills, Inc. (NYSE:GIS)’s international sales account for only about one quarter of the company’s business, up significantly from 19% just last year.

In terms of acquisitions, the company has been fairly active in pursuing companies that can complement their portfolio of brands and create operational synergies to add value to the existing brands. For example, one recent high-profile acquisition was a controlling 51% stake in the Yoplait brand for $1.2 billion, which allows the company to market the yogurt brand in the U.S. Even more recently, General Mills, Inc. (NYSE:GIS) acquired Yoki, a Brazilian food company specializing in snacks, seasonings, and convenient meal products. General Mills, Inc. (NYSE:GIS) said that once the acquisition is fully integrated, it will more than double the company’s Latin American sales.

General Mills trades for 17.6 times TTM earnings, which is slightly above its historic average of around 16, but I feel is justified due to the improving U.S. economy and the company’s commitment to international growth over recent years. General Mills is projected to earn $2.70 per share this year, which is expected to rise to $2.93 and $3.16 in 2014 and 2015, respectively, for annual forward earnings growth of over 8%.

Perhaps the most impressive aspect of General Mills for long-term investors is the company’s 3.16% dividend yield, which has been raised every year. It is also worth noting that General Mills is one of the only major U.S. companies whose revenues and dividend increased every year during the financial crisis, which does give investors peace of mind in regards to the stability of the company. So, General Mills still looks fairly valued, even after the recent gains. For comparison, let’s see if we can find a better value in one of the competitors.

Hershey Co (NYSE:HSY) is best known for its chocolate products, and possibly has the best growth potential of the three. In addition to having the least amount of international sales (about 16%), Hershey Co (NYSE:HSY) is in the middle of a four-year restructuring project that it calls “Next Century,” which is Hershey’s effort to improve their cost structure and increase the efficiency of their supply chain. Once the project is complete next year, Hershey anticipates annual cost savings of up to $80 million, which would be a nice boost to their annual profits, which were about $650 million this year.

Hershey trades at the highest valuation of the three at 27.2 times TTM earnings. The consensus calls for earnings growth of around 10% annually over the next three years, including the projected cost savings, making the stock seem a little expensive to me at current levels. They also pay the lowest dividend yield, at 1.88% annually.

Even after the recent gains, General Mills is still a good value when it comes to a stable-income producing food stock with room for growth. Those investors who are in it for the long haul should be handsomely rewarded at the company begins to fully realize its worldwide potential over the next decade and beyond.

The article Still A Good Value After A 20% Gain? originally appeared on Fool.com. 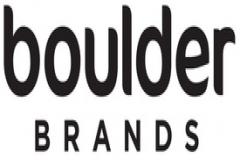