General Electric Company (NYSE:GE) has seen somewhat of a surge in its stock price, a reaction to improving financial results and a favorable outlook. Its core financial segment is thriving at this time. Plus, the majority of its energy and industrial businesses are poised for ongoing growth. In all, disregarding soft demand in some sectors, the blue chip Dow 30 component is faring well.

A quick SWOT (Strengths, Weaknesses, Opportunities, Threats) analysis should illustrate the various internal (S and W) and external (O and T) factors impacting the company and what to anticipate. 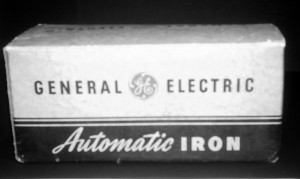 Growth, though uncertainty, in its Consumer and Real Estate lending operations

Increased demand for loans and lower delinquencies have helped the Consumer unit within GE Capital to resume profit increases at a solid rate. In the Real Estate financing unit, it has significantly reduced its proportion of underperforming loans, supporting income gains.

Management has reaffirmed its belief in the consumer market with the acquisition of the deposit business of MetLife Bank N.A. in January. Plus, it had been predicting further income expansion in its Real Estate arm this year.

In the industrial segments, including the sizable Power & Water unit and a rapidly growing, albeit thin-margined Oil & Gas unit, the company had also been guiding toward an earnings advance this year. In fact, total industrial income is pegged to increase better than 10% year over year.

General Electric Company (NYSE:GE) is now reporting its Aviation, Transportation and Healthcare units as separate entities. Aviation profits have climbed nicely, particularly in the December quarter. It appears that years of R&D investments are providing an underpinning for rising jet engine sales. Secondly, locomotive orders are lifting revenues in the Transportation segment. Third, sales of HC equipment are up, with emerging markets assisting gains.

For a look at another Dow Jones Industrial giant that may have further upside, see my previousblog on United Technologies (NYSE: UTX). The stock may well outperform if strength persists in the aerospace, residential construction and commercial building markets where it participates. Plus, the company is utilizing cash for debt paydown, stock repurchases, and dividends, all potentially to the delight of shareholders.

Unlike with its consumer and real estate financing businesses, GE Capital’s Commercial Lending and Leasing (CLL) operation has yet to realize a turnaround from its shedding of bad loans. However, it had been seeing increasing volumes, possibly a sign of a turnaround. That would be a welcomed event, given that 11% of 2012 revenues stemmed from CLL.

General Electric Company (NYSE:GE) manufactures wind turbines, along with solar products, comprising its renewable energy product line. Productivity and pricing softness in the wind business has restrained profit advances. Additionally, the outlook entering 2013 was unfavorable, with wind orders falling about 60% in the fourth quarter of 2012.

Management has pointed to jet engines as a potential margin enhancer over the next several years. GE’s planned acquisition of Avio’s aviation unit broadened its position in the likely rapidly growing jet propulsion component market.

Interestingly, another company involved in the propulsion system and component market is GenCorp (NYSE: GY). GenCorp.’s systems are primarily utilized for defense and space purposes. GY shares, having jumped since late 2012, should be avoided by most at their currently inflated price.

Acquisitions that can fuel growth

Having sold its stake in NBC Universal, GE is altering its asset mix. One recent buyout worth noting was that of Dresser Inc. in February 2011, boosting its presence in the oil and gas engine and equipment sector.

A slowdown in the credit or real estate markets

General Electric Company (NYSE:GE) relies on favorable credit conditions and a stable real estate market for profits at GE Capital. In particular, near-zero interest rates and an improving commercial real estate sector have been positives. Any deterioration of this environment would hurt results, as the performance of GE Capital has a major impact on overall results.

As GE’s revenues are growing only modestly, it is dependent on profitability gains for earnings improvements. Thus it is susceptible to competitive pressures, and despite its strong market positions in its power generation sectors that it serves.

GE’s financing unit is the most important piece of the puzzle. Then I look at the performance of the energy business and other industrial units. Finally, investors must be of the belief that acquisitions and product development (other than in aerospace, General Electric Company (NYSE:GE) does not have a sizable R&D budget), will be sufficient to mitigate the impact of weakness in certain markets (of late wind turbines). In my view, GE shares remain a good selection for a long-term portfolio.

Damon Churchwell has no position in any stocks mentioned. The Motley Fool owns shares of General Electric Company (NYSE:GE).