Fashion is one of the most difficult industries to predict the future of. That means that it is also one of the hardest industries to invest successfully in. What’s hip and hot one year almost never is the next, and staying on top of the fashion world is very challenging. That being said, there are still some apparel companies out there that are solid profit-generating businesses; these are the kind that are worth owning.

Two apparel companies for adults, and one for kids

G-III Apparel Group, Ltd. (NASDAQ:GIII) makes its money selling a wide variety of apparel and accessories. Some of its products include outerwear, swimwear, and luggage. As of Jan. 31, 2013, the company operated 218 retail stores.

The company has licenses to produce branded fashion for big name brands like Calvin Klein and Tommy Hilfiger. Both of those brands are owned by PVH Corp (NYSE:PVH).

But we would be remiss to only look at apparel companies whose target audience is wealthy adults. Another potential investment in the apparel industry is Abercrombie & Fitch Co. (NYSE:ANF), a company that primarily sells clothes to young adults.

Bringing back a retro jacket 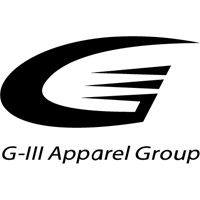 G-III recently announced that it would be partnering with the MLB to revive the Starter satin jacket franchise. Additionally, the company has an agreement with the NFL that expires on Mar. 31, 2017. It also has agreements with the NBA and NCAA.

How is the balance sheet?

G-III Apparel Group, Ltd. (NASDAQ:GIII) is a $1 billion dollar company with current assets that exceed its total liabilities by $218.6 million. The company’s financial position is fairly strong for the time being, though management has stated that future growth will be dependent on the company’s ability to extend and increase its line of credit. Debt isn’t a problem now, but could become one in the future.

Phillips-Van Heusen does not have as strong of a balance sheet as G-III Apparel Group, Ltd. (NASDAQ:GIII). The company does have $4.11 billion worth of shareholder’s equity, but contributing to that equity is $4.18 billion dollars worth of intangible assets. Without those assets, the company has negative equity.

Abercrombie & Fitch Co. (NYSE:ANF) also has current assets that outnumber total liabilities, although by a number that is relatively insignificant to its market cap. The company has bought back a decent amount of shares in the past 12 months. Said buybacks may have made sense last October, when the stock tanked. The company continues to buy back its own stock when it is fairly valued at best; that is not a good use of shareholder capital.

Is the apparel selling?

In G-III Apparel Group, Ltd. (NASDAQ:GIII)’s case it sure is. Sales have grown at a four year compound annual growth rate of 18.4%. Net income was negative $14 million in 2009, but G-III has generated $48.7 million in average annual net income in the four years since. For the past two years, that figure was $53.2 million and in 2013 the figure grew to $56.6 million. Suffice it to say that G-III has been growing its net income at a satisfactory rate.

Growth at Phillips-Van Heusen has also been stellar. Between 2010 and 2013 revenues and net income grew at compound annual rates of 36.1% and 39% respectively.

Aeropostale Inc (ARO): The Most Expensive Clothes Retailer on the Market