Fool Me Once, Shame on You; Fool Me Twice, Shame on Me: Jos. A. Bank Clothiers Inc (JOSB)

In my opinion Jos. A. Bank Clothiers Inc (NASDAQ:JOSB) is a scam, not an ingenious marketing company.  Its entire business model depends on its ability to continue to grossly over-inflate its stated selling prices to the public and then to liquidate its inventory by running continuous sales and promotions that average about 70% of the ticketed selling price.  The initial markup from landed cost is roughly 7 times, while the actual selling price is roughly 2 times.  It is pure caveat emptor.  I urge you to read “Is Jos. A. Bank Clothiers a Scam?”  It presents a clear picture of how the scam works.

It would be magic to discount one’s product by 70% and still earn a gross margin of 60%.  I cannot speak as a legal expert–courts and regulators evaluate evidence.  However, I can speak from 25 years of experience in the industry, as well as from publicly available retail trade statutes.  There are three critical factors in determining if a company is employing misleading and prohibited retail marketing practices. 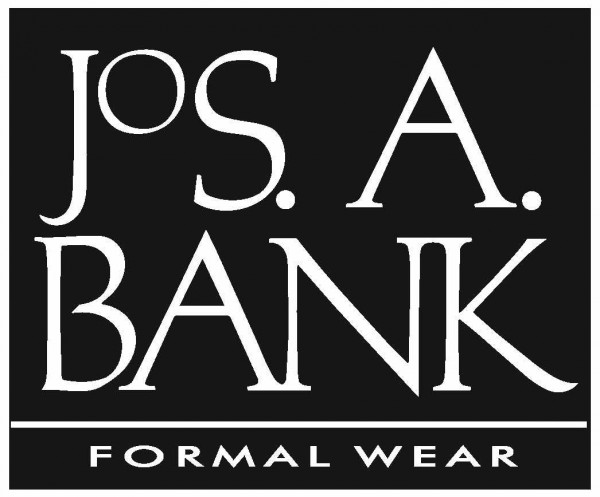 2). Does the retailer maintain its original price and both advertise and promote the product at that price for normal but sustained periods of time?

3). Are sales infrequent and for reasonable purposes, such as the end of a season, broken assortments and sizes, a non-performing product, etc.?  If sales are frequent or constant on the same or similar products and have expiration dates, the consumer is misled.  The consumer is led to believe that if they don’t buy before the expiration date, the product will go back up in price.

To be brief, JOSB violates all of the above.  It is also not a virgin in this area.  It has paid a penalty in the past to New York State, and signed a letter of Assurance with the state to change its practices.  According to JOSB’s most recent 10K, that agreement is being reviewed and the company is hoping for a resolution that will not be too disruptive.  News should be coming soon.  It is hard not to believe, based both on the company’s performance, the law, and the states previous actions, that there may be serious sanctions and fines.  The company is also currently subject to investigations in GA, FL, and lawsuits in IL and NJ.  There is also a class action suit proceeding in CA concerning violations of labor laws.

It is also hard to imagine that this is not a thought through scheme.  Why does management believes a suit originally and honestly ticketed at $600 can only be sold for $200?  Wouldn’t $300 or $400 still represent a bargain?  The answer is simple.  The suit was never worth $600 and the company never expected to get more than $200.  At $200 even after a large SG&A expense, the company makes an excellent pretax margin and a high gross margin.

For the past several months, JOSB has been experiencing some sales and profit difficulties.  It has warned shareholders about this, but its reasons seem less than straight forward.  Some have a basis in fact, while others seem without any merit.  Its new promotions, in some cases, come with an android device, and I think that says more than management did in its update.

JOSB has projected its earnings to fall by roughly 20% in this fiscal year ending Feb. 2, 2013 (53 week year) as compared to the fiscal year ending Jan. 28, 2012 (52 week year).  It has significant marketing problems and may have to make major alterations to its business model.  The prospect for a quick turnaround does not seem likely given the nature of the problems.  Selling at 15 times this fiscal year projected earnings, I expect the P/E to continue to rise as a result of continued declining earnings.  This can be compounded by the company’s reconfirmation of an extensive store opening plan in the months ahead.

When a company’s entire business model is based on deception, it does harm to its industry, competitors, and customers.  It is not a minor, clever event.

I have no idea if regulators and courts will come to grips with the company, and if so what the impact will be. However, I would not want that exposure.  It is only my opinion, and maybe courts and regulators will see things differently.

This year has been a successful one for many apparel companies.  While the outlook for apparel retailers is always sensitive to the economy, higher end stores tend to perform better than other apparel stores even in a weak economy–they even performed better in the Great Depression.  Currently, the major challenges in the industry are globalization and Omni-channel marketing.  Two companies I would recommend for purchase are:

An adverse ruling in 2007 and a bad legacy of prior mergers brought this American icon to its knees.  Now, the company is controlled by Carlos Slim and Southeastern Capital.  The company is well capitalized for the foreseeable future.  Management has been principally developing its Saks off Fifth Ave chain and locating stores in mixed-use upscale malls.  Collectively there are approximately 110 stores operating in the US, 45 of which are Saks Fifth Ave stores. The company operates its own successful website, and Saks is in the second year of a five year contract with Oracle to create an Omni-channel platform.  I think this stock should be bought with a 3 to 5 year time horizon.  Look for dips in price; it definitely has the potential to be a story with a happy ending.

The company has become more than the classic American brand–it can be said that Ralph Lauren is a true international brand of American apparel.  It has a well-established wholesale business selling to retailers worldwide, emphasizing its core brand.  The higher priced collections are sold in its company-owned stores worldwide, as well as to other stores.  A major achievement is that it is already selling directly on the web in 11 countries in Europe and is now beginning its web expansion into Asia.  I see nothing but continued growth for the company going forward.  If one considers the company’s licensing arrangements, the brand name is almost ubiquitous.  This is an easy one to buy even though it is selling somewhere around 20 times its March 2014 projected earnings.

I would not own JOSB at any price, and my recommendation is to sell any position you hold in the stock.  If for diversification or other purposes, you want to retain a position in the sector, I would consider positions in the stocks mentioned above.  Ralph Lauren is a solid growth company selling at a reasonable price, and Saks is a strongly capitalized company with a turnaround plan.  If they execute well, it could be very rewarding.

The article Fool Me Once, Shame on You; Fool Me Twice, Shame on Me originally appeared on Fool.com and is written by Alan Ginsberg.

Michael Kors Holdings Ltd (KORS): Earnings Have To Be “Fierce”