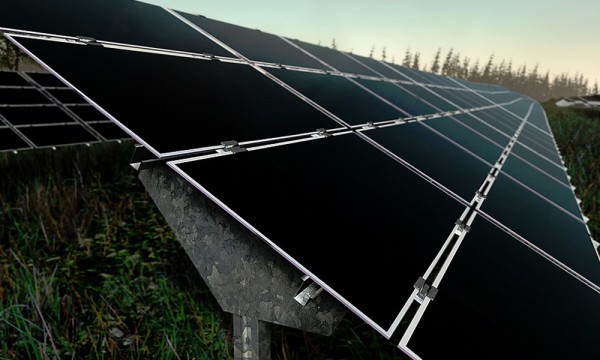 The U.S. has always had a love-hate relationship with the environment. Coal was one of the drivers of the industrial revolution, and oil fueled our development of the auto and aviation industries. But this approach led to pollution in industrial cities such as Pittsburgh and eventually the founding of the Environmental Protection Agency. More recently, Congress has tried to cut funding for environmental activities, arguing that a focus on the environment hurts the economy. For more than 100 years there’s been an ebb and flow to our environmental policy.

China makes its move
The press agency in China says it will collect taxes on carbon dioxide emissions and is thinking about taxing high-energy-use products such as batteries and aircraft. This is a huge development for a country that has had little regard for the environment in its quest for economic growth. But like the U.S. decades ago, cities are now dealing with smog and health-related issues, and the government is forced to react.

When it comes to “green energy,” China has been ahead for years. China invested about $65 billion last year in cleantech industries, versus $45 billion in the United States. The country now dominates wind and solar, two industries we helped invent. With the carbon tax, something that has failed time and time again in the U.S., China takes another step ahead.

Well behind Europe
Compared with the U.S., Europe has always been ahead of the curve when it comes to the environment. Germany essentially built the solar industry singlehandedly in the early 2000s with a generous feed-in tariff. Wind turbines are more common in Europe than in most other parts of the world, and the continent is now focused on exploiting offshore wind. High taxes on gasoline have either kept people from buying cars or sent them toward more fuel-efficient vehicles than we prefer in the United States. When the Fukushima disaster took place in Japan, Germany said it would shut down all nuclear plants and replace them with renewable energy.

Maybe the most important difference between the U.S. and Europe is a cap-and-trade system that’s been in effect since 2005, covering half of the EU’s CO2 emissions.

The U.S. has done very little of these things, even when the economic benefits are there. It wasn’t until President Obama had leverage over the auto industry that a more stringent fuel-efficiency standard passed. Wind and solar have been losing funding in budget battles for years now, and nuclear is marching forward despite Japan’s disaster.

Movement in the States
What give some people hope is that U.S. policy may be starting to open up. Growth in wind and solar, despite cuts to subsidies, have opened the eyes of politicians on both sides of the aisle. Republican Energy Committee Chair Lisa Murkowski recently released an energy plan that at least softened the tone on cleaner fuel and alternative energy. She focused on energy efficiency and oil independence, suggested cutting subsidies based on energy type, and even offered a modest climate-change policy.

A carbon tax or cap-and-trade system on a national level isn’t imminent, but there’s been movement toward alternatives as a climate-change impact is seen and alternatives become more cost-effective. China’s willingness to implement a carbon tax may do more than anything to push the U.S. to make a similar move.

Investing implications
For investors, there is a range of implications as energy policy changes, both here and around the world. China’s implementation of a carbon tax will be terrible for coal producers such as Arch Coal Inc (NYSE:ACI) and Alpha Natural Resources, Inc. (NYSE:ANR). Both stocks are down about 50% in the past year, and they’re counting on exports to China for growth because the U.S. is increasingly turning to cheap natural gas for electricity.

General Electric Company (NYSE:GE) and Siemens AG (ADR) (NYSE:SI) have opportunities in a variety of industries as energy policy changes. New and more efficient power plants, wind turbines, and smart grid devices are just a few of the products these companies make that will see increased demand.

Finally, alternative energy companies will continue to see increased demand, even if they’re going through some rough times right now. First Solar, Inc. (NASDAQ:FSLR) has maintained profits and grown its footprint in sustainable renewable markets as others have gone bankrupt around it. SunPower Corporation (NASDAQ:SPWR) is another company with exposure to alternative energy that investors can profit from.

Foolish bottom line
In many ways, China has pulled ahead of the U.S. from an environmental policy perspective. That gives us a clue where the rest of the world is headed and may put pressure on U.S. policy as well. Investors don’t want to be on the wrong side of these shifts and should consider if their portfolio is on the right side of these new policies.

The article Has U.S. Environmental Policy Fallen Behind? originally appeared on Fool.com.