First Cash Financial Services, Inc. (FCFS): Capitalize on the Age of Immediacy With This Stock

It is an open secret that the new generation is impatient and seeks instant gratification, which traditional banking products like bank loans and checking accounts are not satisfying. Coupled with a general distrust of mainstream financial institutions after the Global Financial Crisis, this has resulted in an increasing proportion of unbanked and underbanked consumers.

First Cash Financial Services, Inc. (NASDAQ:FCFS) is the best proxy for the growth in pawnshops to capitalize on consumers’ need for access to instant cash or credit. However, the market is efficient and has rewarded First Cash with premium valuations relative to its peers. Investors are advised to wait for a better entry price.

The next best alternative to banks

Close to 28% of U.S. households are either unbanked or underbanked, according to a September 2012 Federal Deposit Insurance Corporation National Survey. The proportion of unbanked and underbanked households is expected to be even higher in Mexico. Even among those with bank accounts or credit cards, pawnshops offer several advantages over banks and other traditional lenders.

Firstly, pawnshops offer consumers with almost immediate access to cash, as long as they have items available for sale. Comparatively, a bank loan typically involves more paperwork and a longer processing time.

Secondly, if one eventually defaults on a bank loan, he has to deal with pesky debt collectors and get his credit history marred with a few scars.

Last, but not least, some of the pawnshops’ customers are not even on the banks’ radar, because they are unbanked or the loan quantum is considered uneconomical (too small for banks’ appetites).

Not all companies in the same industry are affected by adverse trends equally. There are two major investors concerns when it comes to pawnshops, namely volatile gold prices and regulations governing payday lending. While First Cash Financial Services, Inc. (NASDAQ:FCFS) is still affected by these factors like its peers, its exposure is considerably less.

In view of tightening payday loans regulations, the outlook for payday loans is dim. First Cash will be less affected than its peers in the event of any adverse regulatory actions, given that less than 10% of its revenue is derived from U.S. consumer loans. In the past few years, First Cash Financial Services, Inc. (NASDAQ:FCFS) has been moving towards a more pawn-focused strategy, evidenced by significant closures of its payday loans operations. 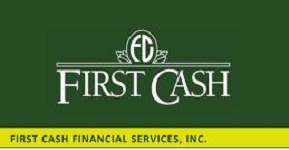