The IPO classes of 2011 and 2012 include Facebook Inc (NASDAQ:FB), LinkedIn Corp (NYSE:LNKD), and Yelp Inc (NYSE:YELP). While their initial offerings experienced varying degrees of success, the investing thesis behind each of them remains the same. The financial media touts these companies as the next great growth plays, sure to provide great wealth to their shareholders. But investors who focus on these companies’ intrinsic value will likely reach a different conclusion.

Brace yourselves for a bumpy ride 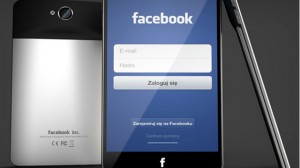 After perhaps the most closely watched IPO of all time last year, the excitement surrounding Facebook Inc (NASDAQ:FB) quickly turned to despair. Investors saw the company’s share price collapse from $38 to $17 in four months.

Fortunately for investors, the stock has recovered to its current level of $27 per share on optimism surrounding the company’s expanding user base and mobile operations. As of its 2012 annual report, Facebook had more than 1 billion monthly active users worldwide.

LinkedIn Corp (NYSE:LNKD) is something of a Facebook Inc (NASDAQ:FB) for professionals. The company’s namesake networking platform allows busy professionals to connect with each other and search for jobs. The website boasts more than 200 million members, and the stock has performed better than any other social media stock by far since its IPO. Shares of LinkedIn Corp (NYSE:LNKD) are almost double where they were after their first day of trading.

Yelp Inc (NYSE:YELP), meanwhile, is an online guide for information and reviews of places of interest; it went public a little more than one year ago. Though Yelp’s stock soared 64% in its first day of trading, it’s returned very little since. The stock ended its first day at $25 per share, exactly where it exchanges hands today.

Profitability matters (or at least it should)

Investing isn’t about which businesses are the sexiest ideas. Most of the best-performing stocks over time have come from industries that are anything but sexy. To be successful over the long term, it’s pivotal that investors select profitable businesses trading for less than they are intrinsically worth.

Consider that Facebook Inc (NASDAQ:FB) generated more than $5 billion in revenues last year, up from $3.7 billion the year before. While 37% revenue growth sounds fantastic, it becomes less so when you realize that Facebook’s expenses more than doubled over the same time period. As a result, Facebook’s diluted earnings per share fell from $0.46 in 2011 to one penny per share last year. That means that current investors are paying more than 2,600 times the company’s fiscal 2012 profits.

LinkedIn Corp (NYSE:LNKD) and Yelp Inc (NYSE:YELP) also carry eye-popping valuation multiples. In 2012, LinkedIn’s revenue increased 86% to $972.3 million, from $522.2 million the year prior. Additionally, diluted EPS increased to $0.19 from $0.11 year over year. At its current price of $178 per share, an investor is paying more than 930 times trailing diluted earnings.

Yelp, meanwhile, isn’t profitable, despite 65% revenue growth in 2012. The company reported a $19 million net loss last year, amounting to $0.35 per share, which did represent an improvement from the $1.10 per share loss from the year prior. The company’s CEO called 2012 “a tremendous year for Yelp” in the company’s earnings announcement, but I’m not sure most of Yelp Inc (NYSE:YELP)’s investors agree with that assessment.

What Happened at the Boston Marathon: Recap, Analysis, Opinions From Around...Zynga Inc (ZNGA): An Analysis Of The Business
Monthly Newsletter Strategy
Download a free copy of our newsletter and see the details inside!
Hedge Fund Resource Center
Billionaire Hedge Funds