Europe is no longer the basket case it once was. Whether this is simply a temporary reprieve or a lasting calm is anyone’s guess. The current ebb in the flow of bad news, however, has led some commentators and market watchers to call an end to the continent’s woes. It’s probably too soon for that, but it’s nice to see their enthusiasm. Either way, aggressive investors still have time to get aboard some high-risk turnaround plays.

Not Quite Out of the Woods
Bloomberg news recently wrote in an article on Europe: “Some commentators are daring to say that Europe’s economic crisis is over. We think they speak too soon.” There are good reasons to support both the positive and the negative view of the situation. 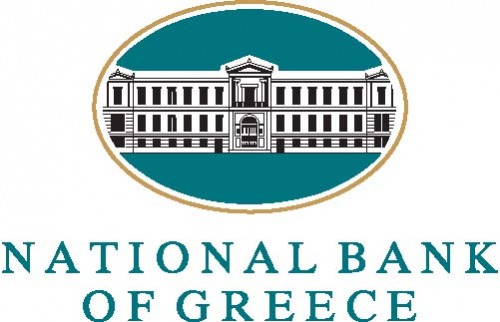 For example, while growth in the region is expected to be weak, it isn’t contracting as quickly as it once was, and is, in fact, expected to push back, ever so slightly, into the positive next year. This isn’t exactly great news, but it suggests a stabilization of the situation. On the negative side, the overall number mixes strong countries like Germany with basked cases like Greece, Italy, and Spain, where unemployment is at about 25%. The good and the bad!

The bond market seems to be suggesting that things are getting better, since interest rates are dropping throughout the region, though they are still volatile. Even in the countries that are most at risk. This is a good thing, as it makes paying back the massive debts overhanging some European nations more manageable. However, bond markets are fast moving, so this calm may not last long if things deteriorate. Ying and yang!

In the end, it’s probably too soon to call the all clear. However, it is very possible that we are seeing the beginning of a silver lining. Conservative investors should still play it safe and avoid direct exposure to the area. More aggressive investors, particularly those who believe this is the start of a new dawn, might want to make some aggressive moves.

National Bank of Greece (NYSE:NBG)
The main problem in Europe was that the common currency allowed some nations to take on relatively cheap debt and, thus, spend more freely than their economies could otherwise support. The high credit ratings of nations like Germany provided the cover that weaker euro participants like Greece, that lacked its own notable growth engine, to support its economy with too much debt.

The financial meltdown led by the United States’ 2007-2009 recession helped put an end to that game. The one nation that is probably the highest profile blow up is Greece. Since it was the banking industry that helped drag the euro down, a good place to start looking for a high-risk recovery play is the National Bank of Greece.

Still languishing below two dollars a share, this isn’t as much of an investment as it is a gamble on the bank and its home market remaining solvent. If that happens, the bank’s shares will likely rebound. Maybe not to the $60 a share that they traded at in 2008, but certainly much higher than $2.

Banco Bilbao Vizcaya Argentaria SA (NYSE: BBVA) and Banco Santander, S.A. (NYSE: SAN)
Spain has also made the news reels in a negative way since the recession. In fact, the country’s unemployment rate is still nothing short of astronomical at 25%. That probably counts as a depression in most peoples’ books. Still, Spain has a size benefit that Greece lacks. Indeed, letting Spain crumble would be catastrophic in many ways.

This gives the country something of a too big to fail safety net. With banking the big problem, aggressive investors might want to look at Banco Bilbao and Groupo Santander. Both companies have seen their shares rise notably over the last few months, suggesting that the market sees improvement. That said, if the country manages to get back on its feet, these two are likely to see more price appreciation.

Groupo Santander isn’t sitting pat; it recently announced that it was consolidating the operations of two subsidiaries. This should help to simplify the bank’s structure and ease the process of solving Spain’s bigger problems by reducing the players involved. The move comes at a financial cost to Santander, but the market seems to like the deal. An additional benefit for investors should be a reduction in costs.

Banco Bilbao, meanwhile, started 2013 off on the right foot when it was able to complete a 1.5 billion euro bond offering. There was so much demand that within two hours of starting the sale, demand exceeded 5 billion euros. More than 400 investors, more than 90% of which were from outside of Spain, were clearly clamoring for the bank’s debt. This debt has a longer term and a lower interest rate than debt issues just a few months ago. The market clearly thinks things are on the mend.

UNICREDITO SPA ROMA (PINK:UNCFF) and INTESA SANPAOLO SPA (PINK:IITSF)
Italy is another large European Union member that would be hard to let fail. With unemployment at a mere 11%, it would appear that the country is on a slightly better footing than Spain. And, perhaps, it is, with the International Monetary Fund expecting just a 1% decline in the country’s gross domestic product versus a 1.5% decline for Spain. Truth be told, neither of those figures is particularly good, but Italy does appear to be less worse off.

Like Banco Bilbao, Intesa Sanpaolo and UniCredit have both been able to access the foreign credit markets with bond issues that were oversubscribed. Clearly bond investors think the banks will survive and continue to pay their debts. Like Groupo Santander, UniCredit is also working to streamline some of its operations to save money. UniCredit’s shares have advanced handily over the last few months, while Groupo Santander’s continue to languish in the single digits. Both, however, would be high risk plays on an Italian resurgence.

Only Aggressive Investors Need Apply
None of the above banks should be on the radar screens of conservative investors. They are high risk plays at best. That said, for more aggressive types, these could be a way to play a turnaround in the Old World. Keep in mind, however, that smooth seas can turn choppy quickly, so small commitments and a willingness to sell quickly would probably be the best approach.

The article Europe’s Mess Isn’t Over, Here Are Some Risky Bank Plays originally appeared on Fool.com and is written byReuben Gregg Brewer.