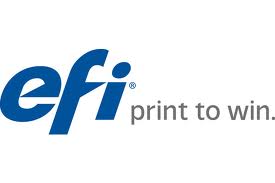 Electronics For Imaging, Inc. (NASDAQ:EFII)’s second biggest segment, Fiery Controllers, contributed 35% of total revenue reported in 2012. This segment provides controllers for digital printers. The company’s big clients in this segment are Xerox Corporation (NYSE:XRX), Ricoh, Konica Minolta, and Canon Inc. (ADR) (NYSE:CAJ), contributing 80% of this segment’s revenue in 2012. These clients are expected to launch new products in the second half of 2013, thus creating further potential for revenue growth.

It entered the ceramic tile market last year after acquisition of Cretaprint for $52 million. Cretaprint provides digital printers for ceramic tile decorators. The company launched a beta version of its Fiery pro Server in the second quarter. This device allows ceramic tile printers to print accurate color samples and to custom design tiles at a retail store. This product launch is expected to bring $250 million in revenue opportunity annually. Apart from providing digital printers, the company also generates more than $100 million annually by selling ink for graphics, packaging, and labeling printers. The company launched proprietary ink for ceramic tile printers in the second quarter. Both these product launches will expand the company’s current market of $500 million in the ceramic tile industry, and it will act as a revenue growth driver from the digital printers segment, which is expected to grow at 10% in 2014.

In January, Nice Systems Ltd (ADR) (NASDAQ:NICE) announced that it is in discussion with Verint Systems Inc. (NASDAQ:VRNT) for possible acquisition. This acquisition will cost Nice Systems $1.5 billion. After this acquisition, the combined sales of both companies is expected to be around $1.5 billion annually, and it will control 70% of the voice recording market, and 50% of the video recording market. This acquisition shouldn’t face any hurdles as Verint System recently purchased the controlling stake of its holding company, Comverse Technology, Inc. (NASDAQ:CMVT), thus becoming an independent company. This deal will make it simpler for Nice System to acquire Verint Systems.

The company’s analytics business contributed 26% of revenue in 2012. This segment is expected to grow 20% year-over-year in 2013. The launch of the customer engagement analytics platform this year will support this growth. The platform collects and analyzes big data related to customer engagement. Thus, it helps organizations map customer preferences and behaviors. Due to the low penetration level of 25% of the company’s customers, the analytics business has the potential to sell $3 of additional products on every $1 of sold recording.

On June 19, Stratasys, Ltd. (NASDAQ:SSYS) announced that it will acquire MakerBot for $403 million. The acquisition will enable Stratasys to offer affordable desktop 3D printers, thus catering to the market’s low end. Apart from gaining access to the entry level 3D printing market, this merger will give Stratasys access to Makerbot’s online user generated community. This community operates under the name Thingiverse.com, and it has the largest collection of downloadable digital design. It is expected that revenue from Makerbot will increase to $75 million in 2013.

The company became a leader in 3D printing after it merged its operation with Israel based company, Objet, in December 2012. This deal was an all-stock deal, where the Objet identity ceases to exist. This deal will result in Stratasys, Ltd. (NASDAQ:SSYS)’ shareholders holding 55% of shares and Objet’s shareholders holding the remaining 45% of shares. Currently the combined entity has market share of 57% in the 3D market. This merger will increase the distribution reach of the combined entity, and sales will benefit from more than 260 resellers and agents around the world. In addition, it is expecting cost synergies of $8 million annually, starting by 2014, due to reduction from shared expenses, better allocation of resources, and reduction in future recruitment costs.

All three have implemented various strategies to sustain the growth in computer peripheral industry. Segmental revenue of Electronic For Imaging’s Fiery Controller is expected to grow due to new clients’ product launches.

Nice Systems Ltd (ADR) (NASDAQ:NICE)’ possible merger will make it a market leader in the voice recording segment, and Stratasys, Ltd. (NASDAQ:SSYS) will gain both revenue and cost synergies from the acquisition of Makerbot and merger with Objet.

Thus, looking at the performance of the companies, I recommend a buy for all three stocks.

The article How You Can Benefit From Computer Peripheral Makers originally appeared on Fool.com.