Chief executives are born leaders. But when private sector heads become soapbox pundits, it can drastically affect their business. Overstepped boundaries can cause public outcry, consumer backlash, or — at times, overwhelming support. Let’s look at an emerging hot topic and two historic examples to see what separates corporate gaffes from corporate gold. 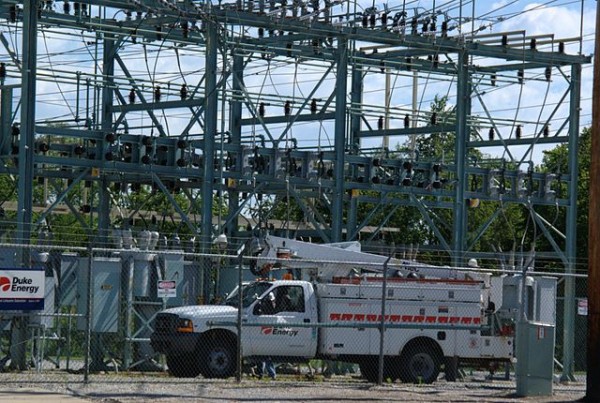 “Mountains of debt”
In case you haven’t heard, the U.S. government has a lot of debt. Tax hikes and spending cuts have sparked economic and political controversies nationwide, and hundreds of executives are offering their own opinion.

On Monday, Duke Energy Corp (NYSE:DUK) CEO Jim Rogers issued a statement outlining his argument for Congress to cut debt. In a 500-word letter released via Duke Energy Corp (NYSE:DUK)’s Investor News website, the CEO urged citizens to push Washington’s prioritization of the national debt. Although Rogers touched on some specifics, the larger voice behind his letter came from the announcement that he’s one of the latest CEOs to join the Campaign to Fix the Debt.

What’s your job description?
Whether or not our national debt needs fixing isn’t relevant to the question at hand: Should business leaders partake in political debate? The links connecting government to corporations are undeniable, and each entity directly and indirectly affects the other.

My answer to this question: It depends. Let’s take a look at two prominent CEOs’ political polemics to see what separates gaffe from gold.

Papa’s got a brand new bag
Papa John’s Int’l, Inc. (NASDAQ:PZZA) founder and CEO John Schnatter is no fan of Obamacare. After the Affordable Care Act was first proposed, Schnatter told shareholders he expected the new legislation to cost his company around $5 million to $8 million a year, costing the company $0.11 to $0.14 more per pizza.. To cover costs, Papa John’s Int’l, Inc. (NASDAQ:PZZA)’s proffered two options: (a) raise pizza prices and (b) cut employee hours to disqualify them from company coverage.

Supporters and naysayers flooded the Internet, airwaves, and Investor Relations office with their own two cents. Speaking to Naples News, Schnatter reflected that he “got in a bunch of trouble” for his double-edged dialogue.

Although I commend him for drawing a direct link to his business that consumers can understand, this connection is also his argument’s greatest flaw. $0.11 to $0.14 per pizza? That’s quite a calculation, and seems to micromanage Obamacare’s effects.

Buffett’s bluff
While Schnatter’s comments focused on the issue of government spending, Berkshire Hathaway Inc. (BRK.B)‘s Warren Buffett recently offered his take on taxation. In a Nov. 25, 2012 New York Times editorial, Buffett outlined his bullish case for a minimum tax for the wealthy.

Just like Papa John’s, the Oracle of Omaha’s words were simultaneously lauded and laughed at. Public backlash boosted when critics found that his minuscule $100,000 salary and massive capital gains would be relatively unaffected by the proposed tax hike .

I give Buffett brownie points for intelligent analysis via a responsible medium. But the personal touch is lacking. His remarks are removed from Berkshire Hathaway Inc. (BRK.B) (he doesn’t mention it) and his suggestions’ scope leaves his own finances unfazed. Buffett’s a smart fellow, but his commentary failed to hit home.

My Foolish perspective
In the midst of heated political debate, it’s easiest to stay silent. With America’s divided population, a slip of the tongue can instantly alienate 50% of customers or shareholders. But business leaders are leaders, after all, and their voices are one of many needed to create effective national discourse.

The Campaign to Fix the Debt may flourish or fail, but I’m happy it exists. Regardless of political perspective or economic opinion, silence is only golden in movie theaters. Responsible commentary is vital to America’s ability to learn and grow, and it’s up to all executives to wield their words wisely.

The article Should CEOs Talk Politics? originally appeared on Fool.com.