The 700+ hedge funds and money managers tracked by Insider Monkey have already compiled and submitted their 13F filings for the third quarter, which unveil their equity positions as of September 30. We went through these filings, fixed typos and other more significant errors and identified the changes in hedge fund positions. Our extensive review of these public filings is finally over, so this article is set to reveal the smart money sentiment towards Ply Gem Holdings Inc (NYSE:PGEM) .

Ply Gem Holdings Inc (NYSE:PGEM) has experienced an increase in hedge fund interest recently. There were 15 hedge funds in our database with PGEM positions at the end of the previous quarter. At the end of this article we will also compare PGEM to other stocks including Apollo Group Inc (NASDAQ:APOL), Synergy Resources Corp (NYSEAMEX:SYRG), and Gibraltar Industries Inc (NASDAQ:ROCK) to get a better sense of its popularity. 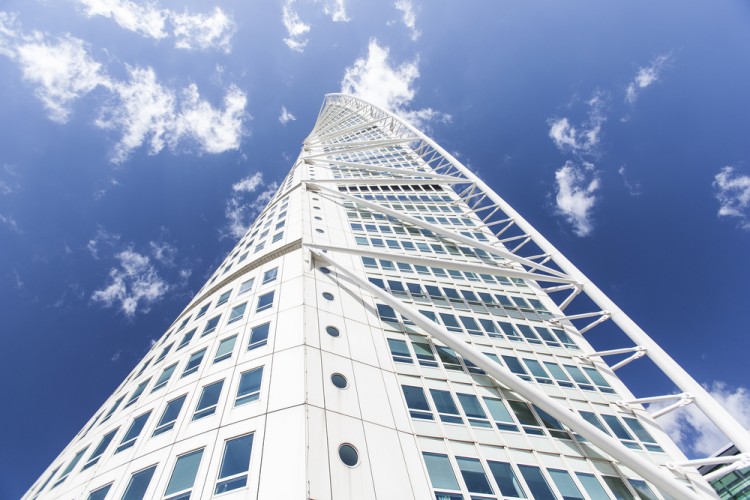 With all of this in mind, let’s take a glance at the latest action encompassing Ply Gem Holdings Inc (NYSE:PGEM).

Heading into the fourth quarter of 2016, a total of 18 of the hedge funds tracked by Insider Monkey were long this stock, up 20% from the previous quarter. The graph below displays the number of hedge funds with bullish position in PGEM over the last 5 quarters. With the smart money’s positions undergoing their usual ebb and flow, there exists a few noteworthy hedge fund managers who were boosting their stakes meaningfully (or already accumulated large positions). 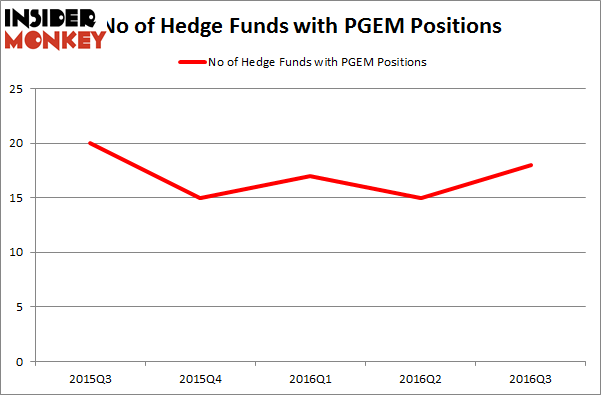 According to Insider Monkey’s hedge fund database, Rutabaga Capital Management, led by Peter Schliemann, holds the biggest position in Ply Gem Holdings Inc (NYSE:PGEM). According to regulatory filings, the fund has a $16.7 million position in the stock, comprising 3.3% of its 13F portfolio. On Rutabaga Capital Management’s heels is Chuck Royce of Royce & Associates, with a $11.2 million position; 0.1% of its 13F portfolio is allocated to the company. Other hedge funds and institutional investors with similar optimism comprise Jim Simons’s Renaissance Technologies, Cliff Asness’s AQR Capital Management and Robert B. Gillam’s McKinley Capital Management. We should note that none of these hedge funds are among our list of the 100 best performing hedge funds which is based on the performance of their 13F long positions in non-microcap stocks.

As you can see these stocks had an average of 15 hedge funds with bullish positions and the average amount invested in these stocks was $142 million. That figure was $61 million in PGEM’s case. Gibraltar Industries Inc (NASDAQ:ROCK) is the most popular stock in this table. On the other hand National HealthCare Corporation (NYSEAMEX:NHC) is the least popular one with only 7 bullish hedge fund positions. Ply Gem Holdings Inc (NYSE:PGEM) is not the most popular stock in this group but hedge fund interest is still above average. This is a slightly positive signal but we’d rather spend our time researching stocks that hedge funds are piling on. In this regard ROCK might be a better candidate to consider taking a long position in.