Published on December 3, 2015 at 3:26 pm by Sure Dividend in Dividend Stocks, News, Stock Analysis

Medtronic PLC (NYSE:MDT) is ranked in the top one-third of Sure Dividend stocks using The 8 Rules of Dividend Investing.  Here’s why the company ranks well:

– Below average price-to-earnings ratio of 18.3

– Above-average total return prospects of around 10.0% a year 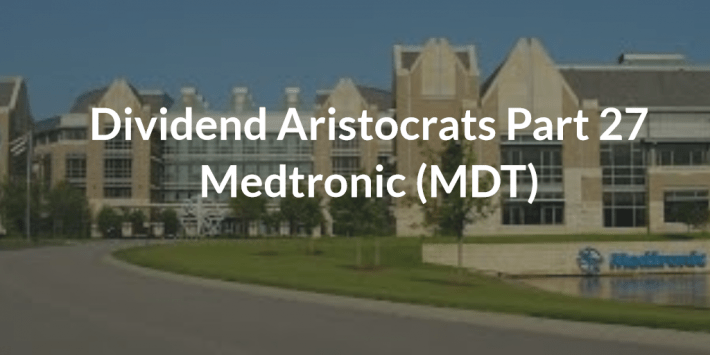 Among the 730 funds tracked by Insider Monkey, the sentiment towards Medtronic is not very positive. Even though a total of 58 funds reported long positions in the company as of the end of September, this number slid by 5 in the third quarter. Moreover, the total value of their positions declined to $2.05 billion and amassed 2.20% of the company’s outstanding stock.  Doug Silverman and Alexander Klabin’s Senator Investment Group owns the largest stake in the company, which contains 5.0 million shares, up by 25% on the quarter. It is followed by Ric Dillon’s Diamond Hill Capital and Phill Gross and Robert Atchinson’s Adage Capital Management with stakes of 3.47 million shares and 2.67 million shares, respectively.

The company was founded in 1949 and has paid increasing dividends for 38 consecutive years.  The company’s last dividend increase was a massive 25.0% hike.

Medtronic is the world’s largest manufacturer of implantable biomedical devices.  Medtronic is a global business with sales in more 120 countries.

The company operates in 4 segments. 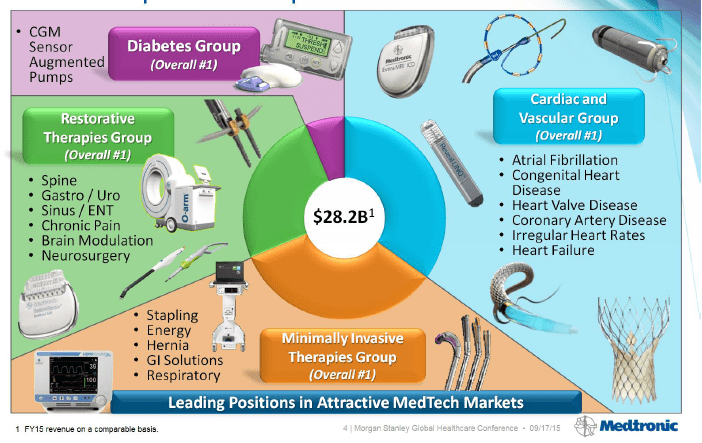 The percentage of total revenues each of Medtronic’s segments generated in its latest quarter is shown below to give an idea of the relative importance of each segment to the company.

Medtronic’s historical growth and competitive advantage rest on its research and development operations and its robust intellectual property portfolio.

In addition to the company’s research and development specialization, Medtronic has a competitive advantage resulting from its large size, global reach, and long history in the health care industry.

The company’s supply chain and contacts would be very difficult for competitors to replicate.  This gives Medtronic an advantage over smaller competitors.

Speaking of smaller competitors, Medtronic has a habit of growing its capabilities through acquisitions.

Is MDT A Good Stock To Buy?Medtronic PLC (MDT)NYSE:MDTYahoo Finance