Both Dicks Sporting Goods Inc (NYSE:DKS) and Big 5 Sporting Goods Corporation (NASDAQ:BGFV) sell sports apparel and equipment through their retail stores. Over the last five years, both Dick’s and Big 5 have returned total gains of more than 130%. But a stock’s performance can’t always determine its value, and total returns don’t always tell the full story.

Let’s take a look at these two companies side by side, and identify which is presenting the most upside potential.

Which Company Is Most Efficient?

First, let’s consider the trailing P/E ratio, which looks at a company’s valuation divided by its net income during the previous 12 months. The forward P/E ratio works the same way, but uses the following year’s income expectations. 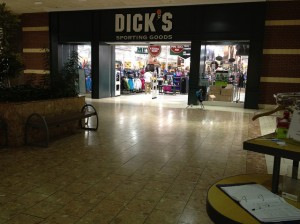 As you can see, Dicks Sporting Goods Inc (NYSE:DKS)’s valuation is more expensive compared to its income, on both a trailing-12-month and a future expectations basis. But before you automatically assume that Big 5 Sporting Goods Corporation (NASDAQ:BGFV) is the cheaper stock, you have to look at other metrics. The market can often award higher P/E ratios to companies with greater expectations or efficiency.

Next, we’ll review the price-to-sales ratio, which is calculated the same way as the P/E ratio, but uses the trailing 12 months of sales, instead of income. By this particular metric, Dick’s is more than twice as expensive as Big 5.

The fact that Dicks Sporting Goods Inc (NYSE:DKS)’s price/sales ratio is more than two times that of Big 5, yet trades with a similar P/E ratio, indicates that Dick’s has greater margins and produces more profit per dollar. This can be seen in the chart above with its operating margin and its return on equity.

During the last 12 months, Dick’s was creating an operating profit of $8.97 per every $100 of revenue. Big 5 Sporting Goods Corporation (NASDAQ:BGFV) produced an operating profit of just $3.91 on every $100 in revenue. A large reason for this difference is because Dick’s return on equity was far greater; indicating much better returns on its investments. Therefore, it is quite clear to see that Dicks Sporting Goods Inc (NYSE:DKS)’s has been the more efficient of the two companies during the last 12 months.

Which Company Is Improving The Most?

All of the metrics discussed so far indicate a company’s value relative to its past performance. Now, let’s compare its current performance metrics to those valuation figures.

The best way to explain its impact is to acknowledge that regardless of whether a store has 100 or 1,000 customers, its electric bill, rent or mortgage, and basic operational costs remain the same. Thus, if a single store can book a greater sales volume, it has more money left over after it pays its basic operational costs. When lots of its stores can make those kinds of improvements, a company becomes more efficient in producing profits.

Lately, we’ve seen Big 5 post greater growth than Dicks Sporting Goods Inc (NYSE:DKS)’s. Last quarter, it produced same-store sales growth of 10%, alongside total revenue growth of 12.70%. You can see that its earnings increased by more than 4,700% in the same period.

The reason for the income improvement – as Big 5 Sporting Goods Corporation (NASDAQ:BGFV) noted in its conference call – was comparable-store sales. Thus it bodes well that the company’s expecting improvements of 6% during 2013 in comparable-store sales, which should also increase margins and return on equity. The numbers suggest that Big 5 is improving much faster than Dick’s.

Which Company Has The Most Upside?

Big 5 is cheaper on a price-to-sales basis, with lower margins and lower returns on equity – which mainly owe to its low revenue-per-store over the last 12 months. While many will view this as a negative, and prefer Dick’s for its efficiency, others take it as an indication that Big 5 has more room to improve.

Currently, Dick’s has margins twice as fat as Big 5 — but Big 5 is growing twice as fast as Dick’s, entirely thanks to its existing stores. If Big 5’s margins can continue to grow through same-store sales improvements, then the stock should benefit from its low price-to-sales ratio relative to Dick’s.

Big 5 Sporting Goods Corporation (NASDAQ:BGFV) has been generating a higher year-over-year profit from revenue during the last two quarters. If it can continue this trend, then Big 5’s P/E ratio will decline, its return on equity will rise, and it will become an investment of choice. Therefore, to me, Big 5 is the better investment choice for those seeking value and improved fundamentals.

The article Which of These 2 Sporting Goods Companies Has the Most Upside? originally appeared on Fool.com and is written by Brian Nichols. 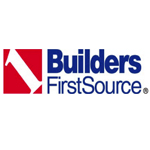