Dell Inc. (DELL) At a Glance

As we all know by now, the biggest story in tech over the last few years has been the shift from PCs and laptops to mobile devices. As a result, many computer hardware producers have suffered from declining sales, and have been punished by the market. Dell Inc. (NASDAQ:DELL) is one of the companies that has been hit hard by this development. Amid takeover talks, the company’s most recent earnings report showed that PC sales are still in decline. Yet, there were a few bright spots.

Stock at a Glance

Dell Inc. (NASDAQ:DELL) is one of the world’s largest manufacturers of computers, and also engages in the production of peripherals, servers and other IT-related equipment. The company also offers application and financial services. With nearly 110,000 employees, the stock has a market cap of around $23.5 billion. It has a beta of 1.66, and is down just over 10% in the last year. The stock yields 2.4% with a payout ratio of only 12%. 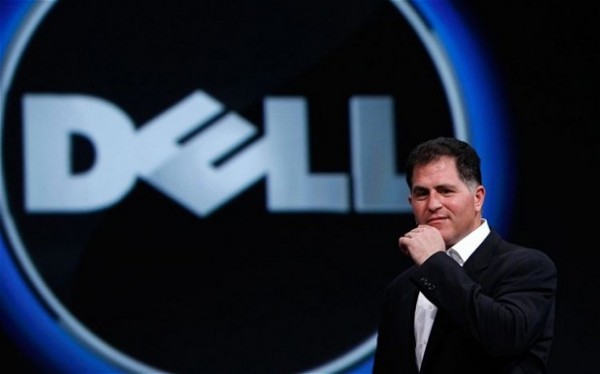 Dell Inc. (NASDAQ:DELL) has been in the news a lot recently due to the battle between founder Michael Dell and investor Carl Icahn over the future of the company. Dell’s intention to take the company private for $24.4 billion in order to focus on Enterprise IT services has so far been blocked by Icahn and Southeastern Asset Management, who want the company to remain a publicly traded entity and preserve shareholder value. In their view, Dell’s offer is insufficient and the company needs new leadership. So far, the drama continues.

Dell Inc. (NASDAQ:DELL)’s latest report shows the company is still in very heavy weather. Excluding items, EPS came in way below the Street’s expectations, tanking 51% to $0.21 versus a consensus estimate of $0.35. GAAP earnings were down a dramatic 81%. Revenue of $14.1 billion beat expectations by about $600 million, but was down around 2% compared to the same period a year ago. The stock wasn’t beaten too savagely on the news, which suggests that the market may have already priced in much of this earnings weakness.

As expected, the PC segment did badly, with a 9% decrease in revenue and a 65% decrease in operating income. Mobility was also down with a 16% decrease in revenue. However, the Enterprise Solutions segment saw a 10% rise in revenue, and a huge 71% increase in earnings. Networking revenue was up 24%, and Services revenue grew 2%. The weakness in PC sales and strength in Enterprise Solutions may lend credence to Dell Inc. (NASDAQ:DELL)’s plan to go private and focus on the stronger segments. The company did not give an outlook due to the privatization plans.

Weakness in PC sales have not only hurt Dell. Hewlett-Packard Company (NYSE:HPQ) suffered a monster loss of $6.41 per share in 2012, down from $3.32 the year before. Revenue of $120.4 was down some 5%, as soft hardware sales weighed heavily on the company’s results. Things are looking up a bit in 2013 though, the company reporting GAAP earnings of $0.63, which came in well above the previously given outlook. Revenue was still down in all segments, with personal systems suffering the biggest decline.

Asian PC maker Lenovo has been doing a lot better. After a loss of $0.51 per share in 2009, the company has returned to profitability and has been growing earnings over the last few years. In the most recent report, the company delivered record revenue of $8.7 billion for an 11% increase year-over-year. The company is growing considerably faster than its major competitors, and in the last quarter achieved a record market share of 15.6%.

Although Dell is facing many headwinds, the stock is currently a bargain at the moment. The P/E is around 10 times trailing earnings, while Hewlett-Packard Company (NYSE:HPQ) has a negative ratio and Lenovo trades at around 16.34. Dell’s price to sales of 0.41 is very low, while the return on equity of 24.18% is fair. The company has around $9.08 billion in debt and $12.78 billion in cash.

PC sales are still proving to be very slow for Dell amid a takeover battle between founder Michael Dell and activist investor Carl Icahn. The most recent earnings report reflected these poor sales. On the other hand, the company’s Enterprise Solutions segment has been seeing some fairly decent growth, which may support the founder’s case to take the company private in order to focus on this division, away from public scrutiny.

The article Not All Is Lost for This PC Maker originally appeared on Fool.com and is written by Daniel James.

Daniel is a member of The Motley Fool Blog Network — entries represent the personal opinion of the blogger and are not formally edited.