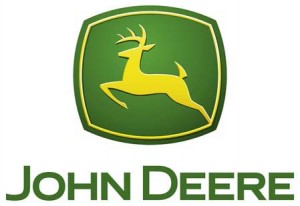 As the economies around the world are stabilizing, every industry needs equipment to keep up with the pace. This creates an opportunity for machinery companies to boost their sales. In the past, these companies faced issues due to macro headwinds, which eventually led to dissatisfaction among their investors.

However, with the ongoing recovery phase, I have read about many market bulls anticipating an upside rally due to capex expansions in emerging economies as well as favorable macroeconomic factors. The critical question that arises is: does this economic recovery really open an investing window for the long haul?

Deere recently released retail sales results for March and the company outperformed the industry. Its North American business showed strong growth. Its row tractors experienced a growth rate of 28%, which is much higher than the industry growth rate. Its 4WD tractors also showed a single-digit growth rate against a 5% decline in the industry.

The major reason of this performance was increased crop prices in the North American market. According to a recent WASDE release, crop prices are expected to remain at a strong level this year. Last year’s drought, current concerns about the subsoil moisture level, and abnormal snow in most of the corn-planting areas will delay the planting season from its normal time. As a result, 2013 will not experience record productions, and thus will result in higher crop prices for farmers.

Deere & Company (NYSE:DE) is also looking to expand into the emerging markets, such as Brazil. It invested $180 million to build two manufacturing facilities in the country, which will start production in 2014. It has been noted that its distribution system is similar to the North American market and will cover 85% of the market with three distributors.

I feel that Deere & Company (NYSE:DE) will utilize its successful North American distribution experience in Brazil, too. The agricultural trend in Brazil is favorable for Deere, as land consolidation is on rise and hence, demand for agricultural products will increase. The company is expecting sales to grow by 10% to 15% in 2013.

Apart from this, Deere & Company (NYSE:DE) had free cash of approximately $1.7 billion in the financial year 2012 and for 2013 expects that to increase to $2.1 billion, which will be utilized for paying heavy dividends. The company has a track record of returning almost 60% of its cash flow to the investors since 2004. With all these factors, investing in this stock for long-term growth is recommended.

Caterpillar Inc. (NYSE:CAT) recently announced first-quarter results, which again made it clear that tough times continue. It posted revenue of $13.2 billion against analyst’s estimates of $13.7 billion. The major reason for this decline was weakness in its resources business (down 40% year-over-year), which includes mining.

The company also reduced its revenue guidance for 2013 to between $57 billion and $61 billion from its earlier guidance of $60 billion to $68 billion. It has already factored in around a 50% decline in mining revenue year-over-year in 2013, so investors won’t be haunted by more negative developments in the mining industry this year.

On the positive side, as the economies are recovering, prices of most commodities, including iron ore and copper ore, are not expected to see any major decrease. This will stimulate mining companies to increase their capital expenditures by the end of 2013 or early 2014.

Amidst this gloomy outlook, Caterpillar Inc. (NYSE:CAT) gave one reason for investors to rejoice in 2013. It has announced that it will go for a share buyback of $1 billion. This is the first time since 2008 it has decided to perform a buyback. This stock is recommended as a hold until further developments unfold.

For CNH Global NV (ADR) (NYSE:CNH), one of the most awaited events is the company’s merger with Fiat SpA. Recently, Fiat’s chairman confirmed that this merger will take place in the third quarter of 2013.

Fiat Industrial currently holds 88% of CNH Global NV (ADR) (NYSE:CNH)’s shares, and together these companies will form a new entity, which will be traded on the NYSE. It is expected that this merger will unlock new operational value that was restricted with CNH Global’s limited trading liquidity and capital structure. The company will enhance its awareness as it takes a leap from a small-cap stock to a large-cap stock, providing an investing opportunity for long-term investors.

There is additional opportunity from two assets, namely Iveco and Case construction, which are currently not performing well. It is expected that both of these brands have hit the cyclical trough. With this merger, the new company will undergo a restructuring and will further expand the geographic presence of these brands. This will improve sales once the market recovers. This stock is recommended as a buy for long-term investors.

All of these companies have been moving in the right direction for their long-term growth strategies. However, macro headwinds in the mining industry this year are making me take a cautious view of Caterpillar Inc. (NYSE:CAT). I will recommend a hold on this stock for now.

However, prospects for Deere and (NYSE:DE), CNH Global NV (ADR) (NYSE:CNH) are looking good at this time, and I am bullish on both of them. Deere has been performing well in North America and its expansion plans in South America provide a good future outlook for the company. CNH Global is on the verge of merging with Fiat Industrial, which will unlock new operational synergies for the company.

The article Read This Before You Invest in Machinery Stocks originally appeared on Fool.com.