Published on August 13, 2015 at 4:31 pm by Prakash Pandey in Hedge Fund Analysis,Hedge Funds,News

Michael Hintze’s CQS Cayman LP has filed its 13F with the SEC for the period of June 30. Hintze established the investment advisory firm in 1999 and the firm employs a fundamental bottom-up approach to choosing investments. According to the 13F filing, the investment manager has a public equity portfolio worth $1.66 billion, indicating a decline of 22.13% in overall portfolio value compared to the prior reporting period. CQS Cayman is most heavily invested in the consumer discretionary (which includes travel), information technology, and healthcare sectors. Its top ten equity investments account for 44.81% of the overall portfolio value. We decided to find out the latest investment positions of Michael Hintze as of the end of the second quarter and found that the investment advisory firm has placed significant bets on the travel industry, with major positions in JetBlue Airways Corporation (NASDAQ:JBLU), Carnival Corp (NYSE:CCL), and Ryanair Holdings plc (ADR) (NASDAQ:RYAAY). We’ll take a look at these investments below. 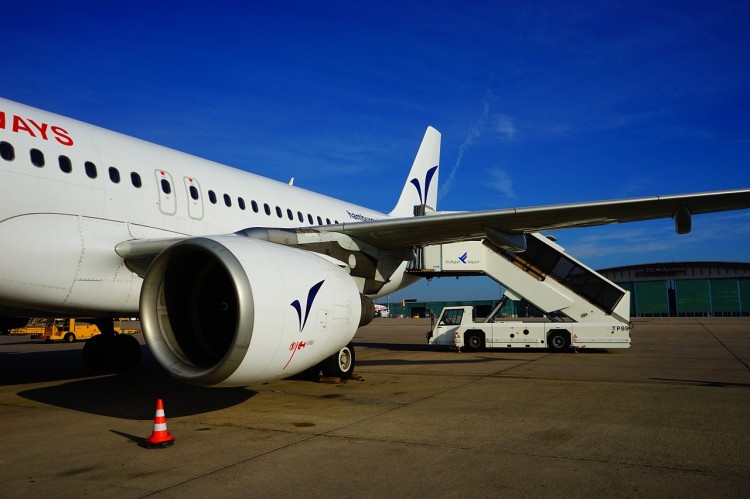 JetBlue Airways Corporation (NASDAQ:JBLU) lands on top in terms of the travel industry investments of CQS Cayman. The investment firm has disposed of the majority of its stake in the company by selling 73% of it during the second quarter, dropping it from the fund’s top overall long position to its fourth most valuable long position overall. That position now consists of 2.52 million shares valued at $52.37 million. The airliner offers its services in the United States, Latin America, and the Caribbean. The quarterly results for its second quarter of 2015 came in better than expected by analysts, with its net income growing to $152 million or $0.44 per diluted share compared to just $61 million or $0.19 per diluted share a year ago. The operating revenues of JetBlue Airways Corporation (NASDAQ:JBLU) improved by 10.3% in comparison to the previous year, at $1.6 billion. The airline has been posting strong traffic figures for the past couple of months, with its traffic numbers for July 2015 showing growth of 8.9% in comparison with the prior year period. Columbus Circle Investors, led by Donald Chiboucis, is another hedge fund in our database that has reported a position in  JetBlue Airways Corporation (NASDAQ:JBLU) as of the end of the second quarter, owning 671,243 shares valued at $13.94 million.

While Hintze scaled back on his JetBlue holding, he did anything but with his position in Carnival Corp (NYSE:CCL), which now includes 685,478 shares valued at $33.84 million. CQS Cayman upped its stake in the company by 1,215% during the second quarter, vaulting it to the fifth spot on the list of the fund’s top overall long positions. The shares of the cruise vacation company have grown by 12.47% year-to-date, propelled by strong second quarter 2015 financial results. The cruise company surprised the market with earnings per share of $0.25 against market expectations of $0.16. Its reported revenue of $3.59 billion was above analysts’ expectations of $3.56 billion as well. Carnival Corp (NYSE:CCL) is looking to attract more guests with its latest “one-of-a-kind entertainment” program being offered by the Princess Cruises brand of the company. Princess Cruises will organize “The Voice of the Ocean” show presenting real-time performances from contestants, and its guests will be the ones choosing the winners of the competition. Similarly, the Holland America Line brand is coming up with “Dancing with the Stars: At Sea Champions Cruise” to attract more guests. Among the hedge funds that we track at Insider Monkey, Sandy Nairn’s Edinburgh Partners Ltd. holds a large position in the company as of the end of the second quarter, of 2.23 million shares valued at $111.39 million.

Ryanair Holdings plc (ADR) (NASDAQ:RYAAY) is seated in the number three spot in CQS Cayman’s travel industry top picks, with the fund holding 358,380 shares having a market value of $25.52 million. The low-cost airline operates point-to-point, short-haul routes between Ireland, Continental Europe, the United Kingdom, and Morocco. Ryanair Holdings plc (ADR) (NASDAQ:RYAAY) has over 400 aircraft in its current fleet, which is likely to grow to 500 by 2019. In July, the airline company announced round-trip flights for Israel starting at $32 and the company plans to offer bi-weekly flights from Budapest starting in November this year. Israel will the 31st market for Ryanair Holdings plc (ADR) (NASDAQ:RYAAY) and it will help the company strengthen its network in the Middle East. The company reported slightly weaker quarterly results for its fiscal first quarter of 2015 ending on June 30 than anticipated, with EPS of $0.99 against analysts’ expectations of $1.03. Further, its revenue declined by 9.0% year-over-year with reported revenue of $1.80 billion for the quarter. Whitebox Advisors, led by Andy Redleaf, initiated an investment position in the company during the second quarter of 157,809 shares valued at $11.26 million.