Facebook Inc. (NASDAQ:FB) has been covered on the blogosphere very extensively this summer, whether it’s stories of the company’s epic IPO flop, Mark Zuckerberg’s wedding drama, or speculation about how the social networking site will improve its monetization strategy. While all of this information is undoubtedly important to Facebook’s shareholders, most analyses haven’t taken a full look at the company’s competition. Sure, there’s always a cute comparison between Facebook and LinkedIn Corporation (NYSE:LNKD) to be found, but that’s only scratching the surface. 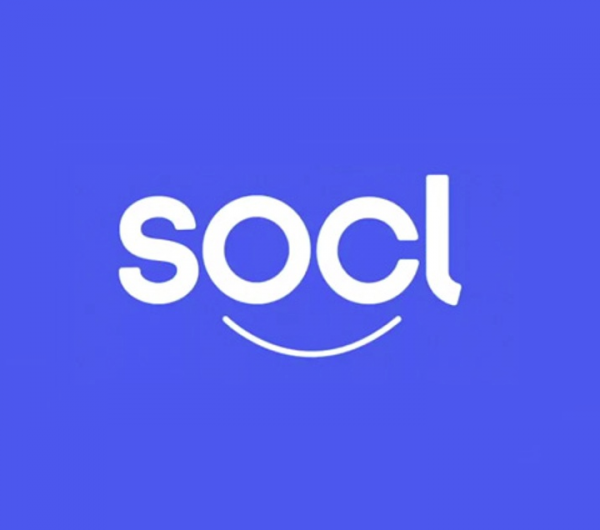 Unbeknownst to many social media bulls, Microsoft Corporation (NASDAQ:MSFT) has its own site, inauspiciously titled So.cl. Pronounced “social,” Microsoft’s platform launched to relatively little fanfare earlier this summer. Unlike Google Inc. (NASDAQ:GOOG)’s Google+ platform, So.cl isn’t meant to be a direct competitor with Facebook Inc. (NASDAQ:FB). Instead, Microsoft’s site is embracing “the Zuck,” as it allows users to login with their Facebook accounts, giving them a wide range of cross-platform functionality.

While So.cl also has shades of Twitter, Pinterest, Digg, StumpleUpon, and Tumbler in its design, the primary goal of So.cl isn’t to serve as a hub of the web’s most popular social media sites. As the site’s users can probably attest to, So.cl is integrated with Microsoft’s Bing search engine, which allows it to serve as a hybrid between the traditional social media experience and web browsing.

Consider this example: the typical Facebook user is only able to view very surface-level details about their friends, such as pictures, short status updates, and ecetera. Now, it’s not fair to limit this description to just Facebook Inc. (NASDAQ:FB); the same can be said for Twitter, LinkedIn, and Google+ as well. So.cl, on the other hand, provides complete search engine sharability, so users are able to view what topics their friends browse via search queries.

Now, the obvious question to ask is: do users want this type of integration? While it’s obvious that some social media users are likely to be morally opposed to the intrusiveness of search engine sharability, it’s impossible to know the opinions of the world’s entire Internet-using population – roughly 2.3 billion people. The best way to determine this is by simply looking at basic indicators of e-prosperity, like total users, revenue growth, time spent on site, and web traffic data.

In terms of total users, Facebook Inc. (NASDAQ:FB) takes the cake, with close to one billion, or almost half of the world’s web browsing population. Twitter, meanwhile, is estimated to have registered its 500-millionth user in late July; Google+ has 400 million and LinkedIn is closing in on the 200 million mark as of this writing. Due to the recentness of its launch date, Microsoft Corporation (NASDAQ:MSFT) has not released the size of So.cl’s user base just yet, but analyst estimates range from 1 million to 10 million.

From a revenue standpoint, So.cl itself hasn’t monetized yet, but the network’s close tie with Microsoft’s Bing search engine is important. After hitting $860 million in 2009, Bing’s revenues have generated near 30% growth each year since, and current estimates are predicting the search engine to make close to $1.7 billion in revenues by the end of 2012. What these numbers don’t show is that Bing has been unprofitable over this time, but it does help us get a handle on how So.cl’s potential compares with its competitors. Over the next five years, LinkedIn (138.0%) has the highest projected revenue growth rate, with Twitter (122.8%), and Facebook (59.5%) slower, but still impressive.

On a per user basis, it remains to be seen exactly how profitable So.cl can become, but it’s worth mentioning that Facebook Inc. (NASDAQ:FB) makes an average of $1.21 a user each quarter, below LinkedIn ($1.76) and ahead of Twitter ($0.74). Google Inc. (NASDAQ:GOOG) as a whole makes an estimated $7.14 per user each quarter, but statistics for Google+ are unfortunately not available. Moreover, in terms of U.S. web traffic, Facebook receives close to 160 million unique visitors per month, far ahead of Twitter (90 million), LinkedIn (38 million), Google+ (31 million), and So.cl (200K). This data is found publicly, not from each site’s analytical tools, so they are rough estimates.

Consequently, we can draw a couple conclusions. First, while Microsoft’s So.cl looks to have an innovative take on social media, it’s far too early to determine how it will stack up against the industry’s titans, both in terms of popularity and profitability. Second, LinkedIn appears to be the most attractive social media company of the bunch, as it expects higher revenue growth than its competitors, while at the same time extracting more dollars per user, excluding Google Inc. (NASDAQ:GOOG).

Looking at the hedge fund industry, each of these stocks is relatively popular amongst money managers. At the end of this year’s second quarter 34 funds held bullish positions in Facebook Inc. (NASDAQ:FB), compared to 113 for Google Inc. (NASDAQ:GOOG), 97 for Microsoft, and 32 for LinkedIn. Twitter is still a private company, but any future IPO will likely draw similar interest. Israel Englander is one of the few hedge fund managers to hold shares in each of these four stocks. Chase Coleman’s Tiger Global Management has long positions in Facebook, Google, and LinkedIn. For a longer look at how hedge funds are trading these stocks, continue reading here.

FedEx (FDX): Here’s Why These Hedge Funds Are Bullish