The ongoing economic recovery, stable housing industry, and surging stock prices have helped the broader markets improve. This would further lead to increased spending. The household companies emerge as a clear winner in this scenario.

The main concern for these companies would be the constantly rising costs, which directly impact their margins and profits. Also, being in a cut throat competitive environment, these companies cannot resort to price hikes. In this article, I have discussed three such companies from the household sector which are coping up with these issues very efficiently. They are focusing on cost-cutting initiatives, as well as product innovations to keep up the momentum. Let’s discuss them in detail. 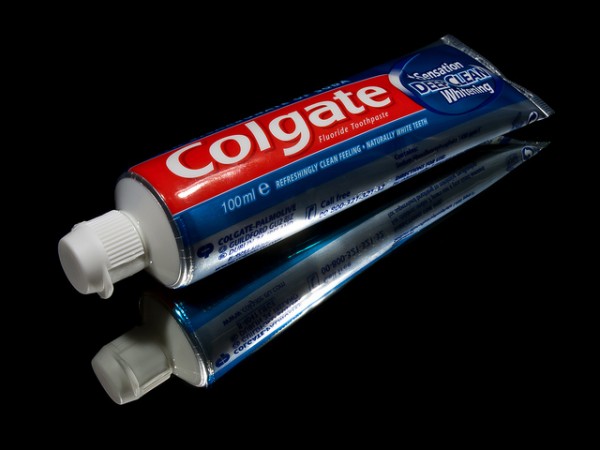 As announced in October 2012, Colgate is focusing on its restructuring plan (2012 – 2016) as a major tool for cost-savings. This restructuring plan consists of numerous steps, including global job cuts of 6%, accretion into its global supply chain, increasing the usage of shared services, and reducing the number of indirect suppliers.

Colgate-Palmolive Company (NYSE:CL) further plans to implement technological tools into its supply chain, and generate cost-savings by reducing indirect suppliers from 13000 to 5000. With this restructuring plan, the company expects to save around $30 million – $40 million by 2013, and about $300 million by 2016.

Along with this restructuring plan, the company also has its focus on its pet food segment’s recovery with new product innovations. The company saw a decline in this segment’s volume by 2.5% in 2012. The decline was mainly because it was not competitive enough in the natural and organic segments. Therefore, Colgate has come up with a natural product offering — Ideal Balance — to offset the previous losses.

It will include natural food items like fruits, vegetables, and chicken for proper functioning of the immune system, and will offer 100% balanced nutrition. Along with the dry section, the company also introduced 12 new wet section food varieties to broaden its portfolio. This is the company’s latest attempt to recapture the market share with more and more natural offerings. The products will reach their full distribution level by April 2013, and the positive volume growth is expected by the mid of this year.

I am optimistic about Colgate-Palmolive Company (NYSE:CL)’s growth strategy and expect it to be favorable for the investors. The company is targeting at organic sales growth of 6%-7%, which will be driven by innovation and a turnaround in Hill’s business. Moreover, cost saving moves will lead to a margin expansion of 30 bps-70 bps in 2013.

Despite Venezuela’s currency devaluation, Kimberly-Clark’s management is positive about the company’s growth, driven by its strategic focus on the emerging markets and cost reduction plans.

Kimberly Clark Corp. (NYSE:KMB)’s focus on the emerging markets is the key driver for its growth. Emerging markets account for around 37% of its total sales. The major focus will be on the markets of China, Russia, and Brazil, which are growing at about 15%. In these markets, the company is targeting on its diaper segment, as it has been witnessing huge demand for this product.

In China, the company is expanding its network to 10 new cities in 2013 to become more competitive in the region. Kimberly Clark Corp. (NYSE:KMB) will also be investing into local manufacturing centers in China, Russia, and other Latin American markets to improve its distribution model. The company estimates its growth rates to be 25%, 15%, and 11% for China, Russia, and Brazil, respectively over the next five years. The overall weighted average growth rate from emerging markets is expected to be around 9% for the same period.

Additionally, the company’s cost saving program ,FORCE, was on track, and generated around $80 million in savings in the last quarter, and $335 million for the full year 2012. It further helped the company in enhancing its gross, as well as operating margins. For 2013, its operating profit is expected to grow around 3%-6%, driven by cost savings from this program. The savings will be in the range of $250 million – $300 million in 2013.

The overall outlook for the company remains positive, with its focus on the emerging markets where the demand is booming.

Following the acquisition of HealthLink and Aplicare in 2012, Clorox remains focused on the away-from-home segment, especially in Healthcare. The company has a strong base of customers for its cleaning products, including the top 15 hospitals. Moving forward, the company is expanding its product line in this category, also targeting the emerging markets for the same.

The company believes that this segment has the potential to turn into a $500 million business in the next five years. I see this as a huge opportunity for the company to increase its market share.

Another strong opportunity for Clorox is its Hidden Valley Farmhouse Originals, which is its salad dressing category. In January 2013, the company launched four different types of Italian and Vinaigrette dressings to its Hidden Valley Dressing portfolio. Though Hidden Valley is a very small segment of Clorox, and contributes just 8% to its total sales, this improved product line can generate higher sales for the company.

In 2012, Clorox took the leading position in the salad dressing category with around 21.8% market share, and addition of these new products are indicating more positive signs for 2013.

Clorox is also focusing on its cost-saving plans. Even though it doesn’t have a big restructuring plan, it has a three year target for potential cost savings. It expects more than 150 bps of savings in 2013.

The company’s expansion in the cleaning segment, and improved product line in Hidden Valley Dressing portfolio will lead to better operating performance in 2013. Also, the cost savings will provide the much needed support to the margins.

The growth prospects of these three companies are sound with new product launches, focus on emerging markets, and cost saving programs. These companies attract investors because of their focus on shareholders and excellent usage of their cash flow. I recommend a buy for all the three stocks.

The article 3 Must Buy Household Stocks originally appeared on Fool.com and is written by Madhu Dube.