Citigroup Inc. (C): Its Bad Bank Is Getting Better 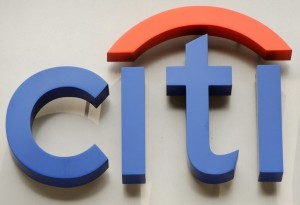 In January 2009, crisis-crippled superbank Citigroup Inc. (NYSE:C) split its operations, with “Citi Holdings” spun off to house the bank’s bad assets, along with faltering and non-core lines of business. This kind of balance sheet slight-of-hand works up to a point, but in the end, Citigroup is still financially on the hook for whatever happens at Citi Holdings.

As such, investors have been anxious for Citigroup Inc. (NYSE:C) to wind down Citi Holdings as quickly as possible, with some complaining the wind-down isn’t happening quickly enough. But a brief look at the superbank’s first-quarter earnings show that significant progress is being made on this financial front. Even so, this isn’t the kind of thing you want to rush.

The state of the spinoff
Here’s what Citigroup Inc. (NYSE:C) is currently saying about Citi Holdings:

So revenue is up, and assets are down. There’s little to complain about there. And 8% of $1.94 trillion in total assets is $155 billion: not a small chunk of change, but in the big scheme of things, not an overwhelming, dangerous amount either.

Foolish bottom line
Bad banks weren’t invented by Citigroup Inc. (NYSE:C). This is an old idea, and one way to deal with a pile of soured assets or lines of businesses you still have to deal with but want to shift public and shareholder attention away from. When Citi Holdings was announced, there was a lot of eye-rolling, but it does seem to be working.

Citigroup Inc. (NYSE:C) is doing better than ever. And Citi Holdings is being wound down, slowly but surely. You really don’t want to wind things like this down too quickly, anyway. While there’s something in human nature that makes us want to be rid of unsightly things as quickly as possible, when it comes to things financial, being patient really is the way to go.

Last year, when JPMorgan Chase & Co. (NYSE:JPM) found itself with $100 billion in botched derivatives trades to unwind — aka, the London Whale — the bank took most of the rest of the year to unwind them. It still might not be completely unwound. Showing patience the way that CEO Jamie Dimon did surely minimized losses.

So be patient with CEO Michael Corbat, Foolish investors, as he continues taking the reins at Citigroup Inc. (NYSE:C). Corbat was actually head of Citi Holdings for a time and knows his way around it. Corbat is a smart guy, and will take the time necessary to wind down Citi Holdings as quickly and profitably as possible — as close as you can probably get to actually having your cake and eating it, too.

The article Citigroup’s Bad Bank Is Getting Better originally appeared on Fool.com and is written by John Grgurich.